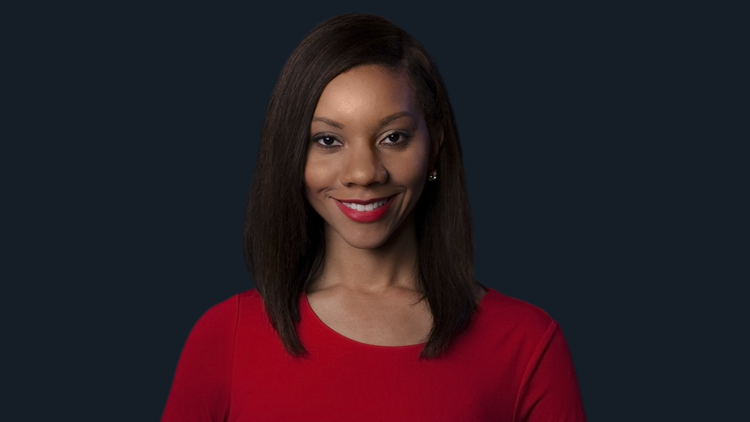 Billie Jean Shaw is a reporter at WCNC-TV in Charlotte, North Carolina, specializing in general assignment reporting in South Carolina.

Billie Jean joined WCNC in April 2017 after spending time with the NBC affiliate in Columbia, South Carolina. While there, she excelled in many roles including morning reporter, general assignment reporter and midday anchor. Known for her ability to easily connect with viewers, Billie Jean landed several exclusives while in Columbia.

In 2015, she was one of the first reporters to the scene of the tragic shooting at Mother Emanuel AME Church in Charleston, SC.

Just hours after the devastating crimes, Billie Jean was the first to report the details surrounding the shooting before any local or national network. Months later, in an exclusive interview, Billie Jean sat down with the adult survivors as they gave a chilling account of the horrifying night.

Billie Jean graduated from Winthrop University with a B.A. in mass communications with a minor in marketing. During her time at Winthrop, she worked in Washington, DC covering political news on Capitol Hill and issues in the community.

After graduation, Billie Jean was hired as an Assignment Desk Editor and Digital Journalist at the FOX affiliate in Charlotte. While at FOX, Billie Jean was the first to report on the historic Civil Rights case of the "Friendship Nine," breaking the news that a judge would overturn the men's 54-year-old convictions. It was a compelling and emotional story that went on to capture national headlines.

In 2016, Billie Jean was the first reporter to speak with the family and attorney of Keith Scott. Scott was fatally shot by a Charlotte-Mecklenberg police officer sparking several nights of protests.

In 2017, the South Carolina Senate recognized Billie Jean’s work by issuing a proclamation applauding her professionalism and service to the community.

When she's not reporting, Billie Jean enjoys spending time with her family and volunteering.

She is a proud member of Delta Sigma Theta Sorority, Inc. and the National Association of Black Journalists.