Behind the Scenes of Camp North End's Van Gogh exhibit

Charlotte is just the fourth city to host this immersive Van Gogh exhibit, designed to take guests into the mind of the master artist. 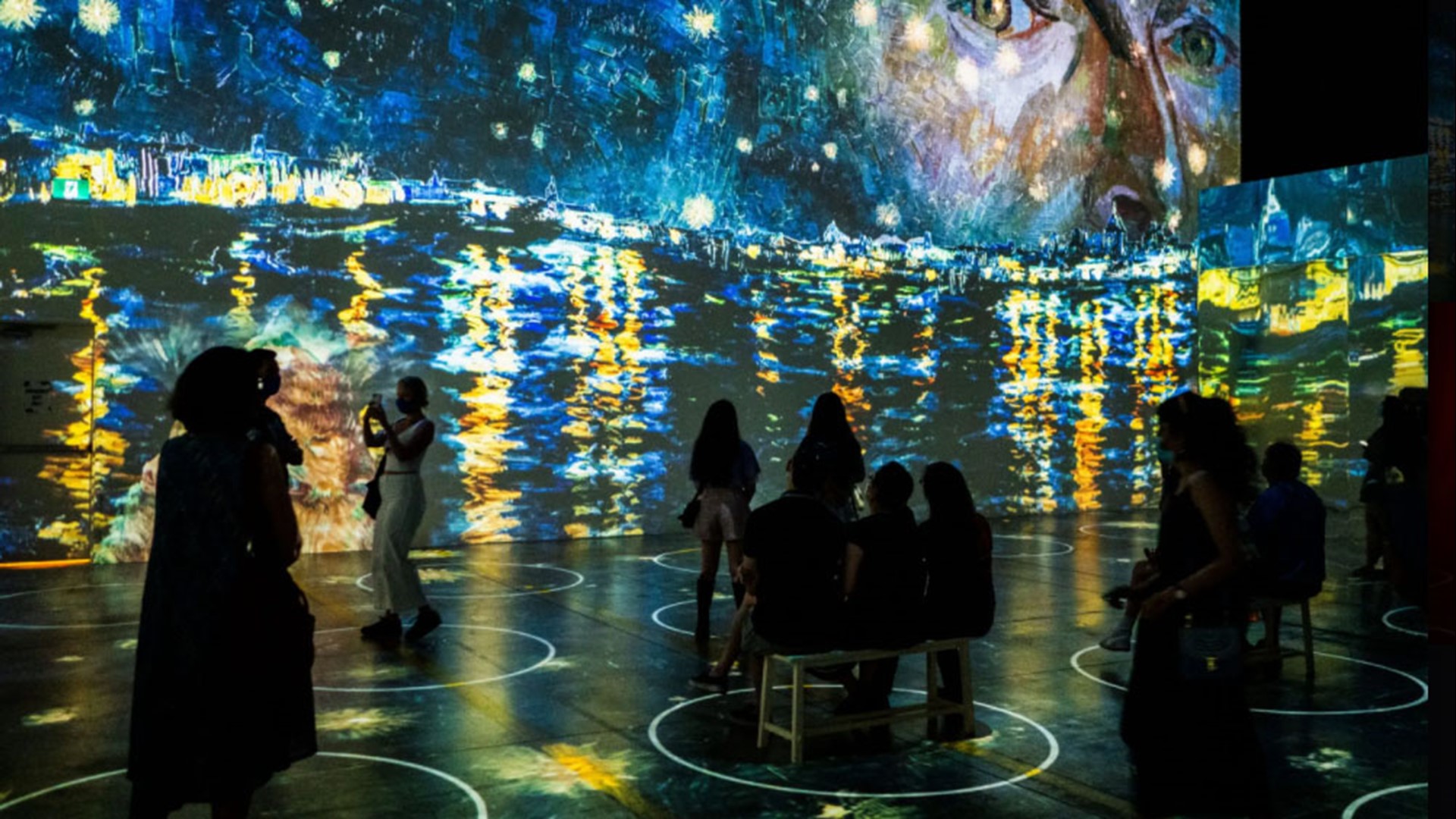 "This is more than an exhibit," said producer Corey Ross. "It's a completely new way of encountering art."

The creators of the Van Gogh exhibit say it's an experience unlike any other, mixing art with animation.

Crews have spent the past several weeks setting up the colorful spectacle at Camp North End, which is just north of Uptown Charlotte. It features projections all over walls and even on the floor for some pieces.

The images are made up of more than 60,000 frames of video. All of this to create Van Gogh's iconic pieces, from his sunny landscapes to his portraits.

"It's a combination of sight and sound, and the magic of Van Gogh that it tries to take you inside the mind of Van Gogh, and take you through what he was thinking," Ross said.

This is the first time a show like this has opened in the U.S. and Charlotte is only the fourth city in the country to host it.

"I think it's another reminder that Charlotte is coming into its own," said Tom Gabbard, president and CEO of Blumenthal Performing Arts. "That we are a cosmopolitan international place, that we can host a big international show like this and succeed."