Charlotte -- or as SNL said, "the Gateway to Gastonia" -- took center stage during the Weekend Update segment. 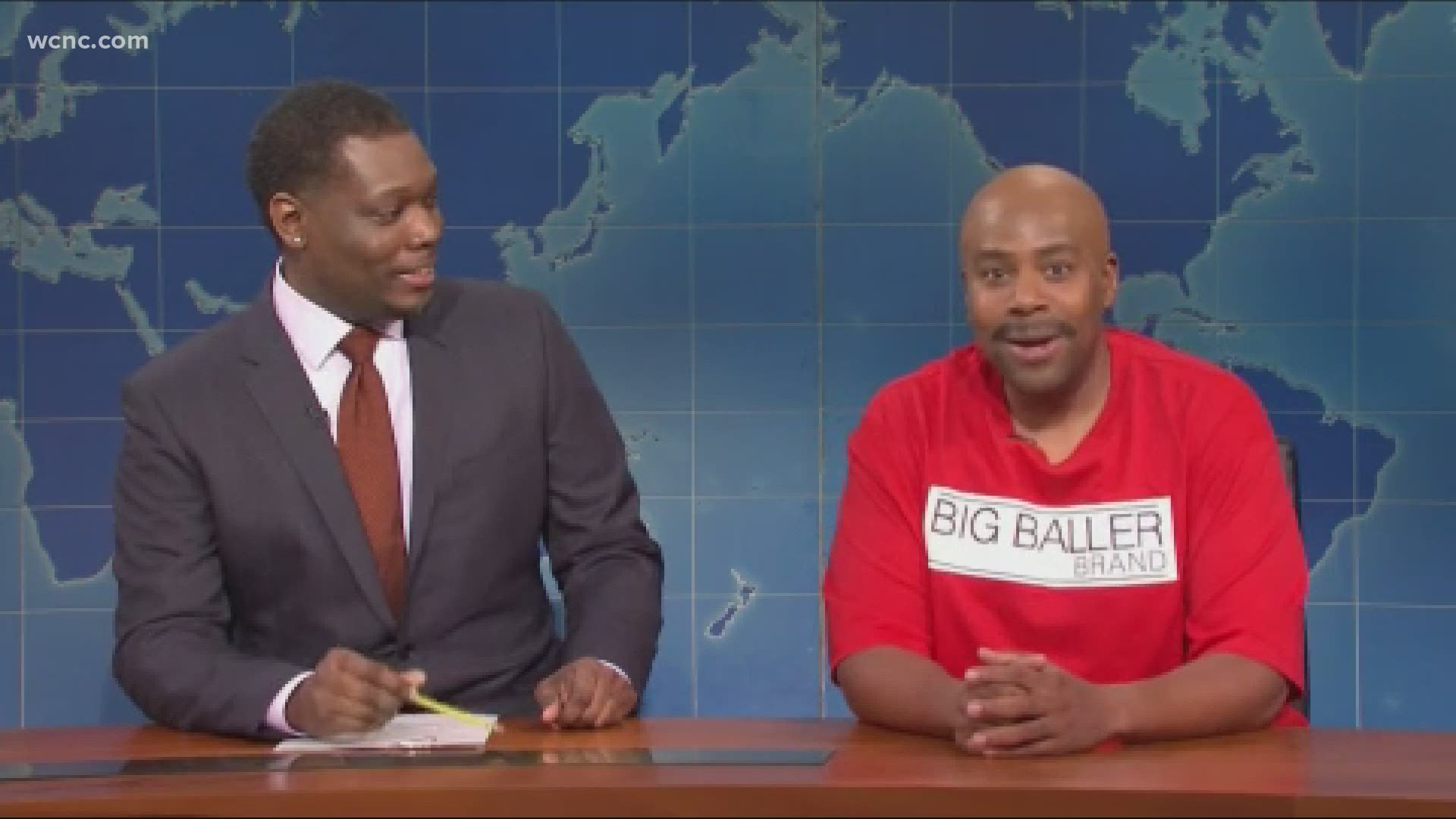 CHARLOTTE, N.C. — Did you catch the most recent episode of NBC's Saturday Night Live? Charlotte -- or as SNL called it, "the Gateway to Gastonia" -- took center stage during the Weekend Update segment.

The skit starts off with a fake LaVar Ball showing love to the Queen City.

"He's playing for the most storied franchise in all of basketball, the Charlotte Hornets. Charlotte, North Carolina, the regional banking capital of the world, gateway to Gastonia..."

He then goes on to share his thoughts on LaMelo's potentially winning Rookie of the Year.

With the season LaMelo is having, he has a pretty strong chance at winning the award. Thompson, acting as LaVar Ball, goes on to tell us what he's planning to do for the Carolinas when he wins.

We see you, @kenanthompson. Come on down for a @hornets game anytime! We'll buy the bacon. Just bring one of those shoes! @nbcsnl

RELATED: NBA reveals schedule for the second half of the Charlotte Hornets' season

Also, be on the lookout for Big Baller Brand's new shoe release, designed in the Carolinas called the 'CaraMelos'. You'll get a laugh out of SNL's LaMelo designed footwear, a chocolate shoe, with the inside filled with caramel and cookies.

Kate McKinnon also took on the role of doctor Anthony Fauci to host the game show "So You Think You Can Get a Vaccine."