Lorenzo Delgado is a full-time home baker and part-time hotel chef. You can see him in the third episode of the season at 9 p.m. Monday night on Food Network. 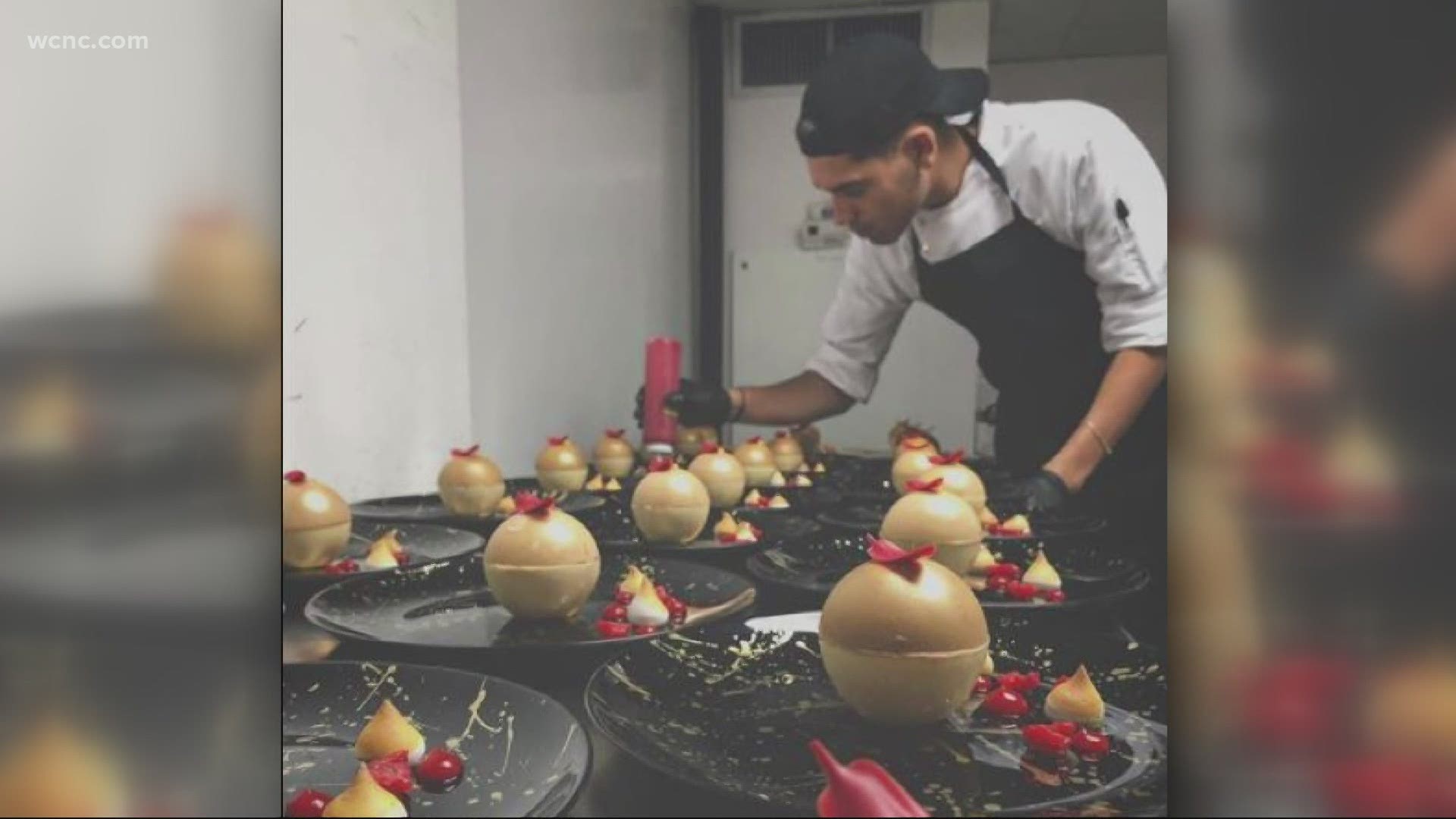 KANNAPOLIS, N.C. — A Kannapolis native is baking his way to stardom on the Food Network’s Holiday Baking Championship this season. Bakers compete on the show featuring their family traditions and superb skills in the kitchen.

From the cookies to the cakes, it’s clear from his Instagram, Lorenzo Delgado has got it covered in the kitchen.

“I love cakes," said Delgado, a competitor on Holiday Baking Championship. "Anything decorating with cakes. Like I can skip the whole process of baking the cake. I just want to decorate it."

The Kannapolis native said his love of baking started in his grandma’s kitchen, eventually finding his passion in high school through a culinary program at A.L. Brown High.

“I wasn’t really interested in doing at first just because it’s like culinary, and I was in high school and you’re like, ‘Uh that’s not really the cool thing.’ But I had chef harris, and she kind of like took me under her wing and she made me fall in love with it, and then I just kind of skyrocketed from there,” Delgado said.

He’s now a full-time home baker and part-time hotel chef. His creations even catching the eye of the Food Network.

Delgado is facing off against other bakers for the title of the greatest holiday baker.

“You have to put on your professional face, but at the same time, you’re stressing because there’s a time limit going on and you’re just like trying to bake and smile,” Delgado said.

“It’s the most wonderful time of the year," he said. "Let’s deck the halls.”

He can’t talk about how he did on the show, though. But he is hoping his holiday concoctions are enough to land him a sweet $25,000 prize.

You can see Delgado in the third episode of the season at 9 p.m. Monday night on Food Network.