Larry Yockey was diagnosed with Stage IV melanoma in February. As time went on, he became unable to spend extended amounts of time in the field. 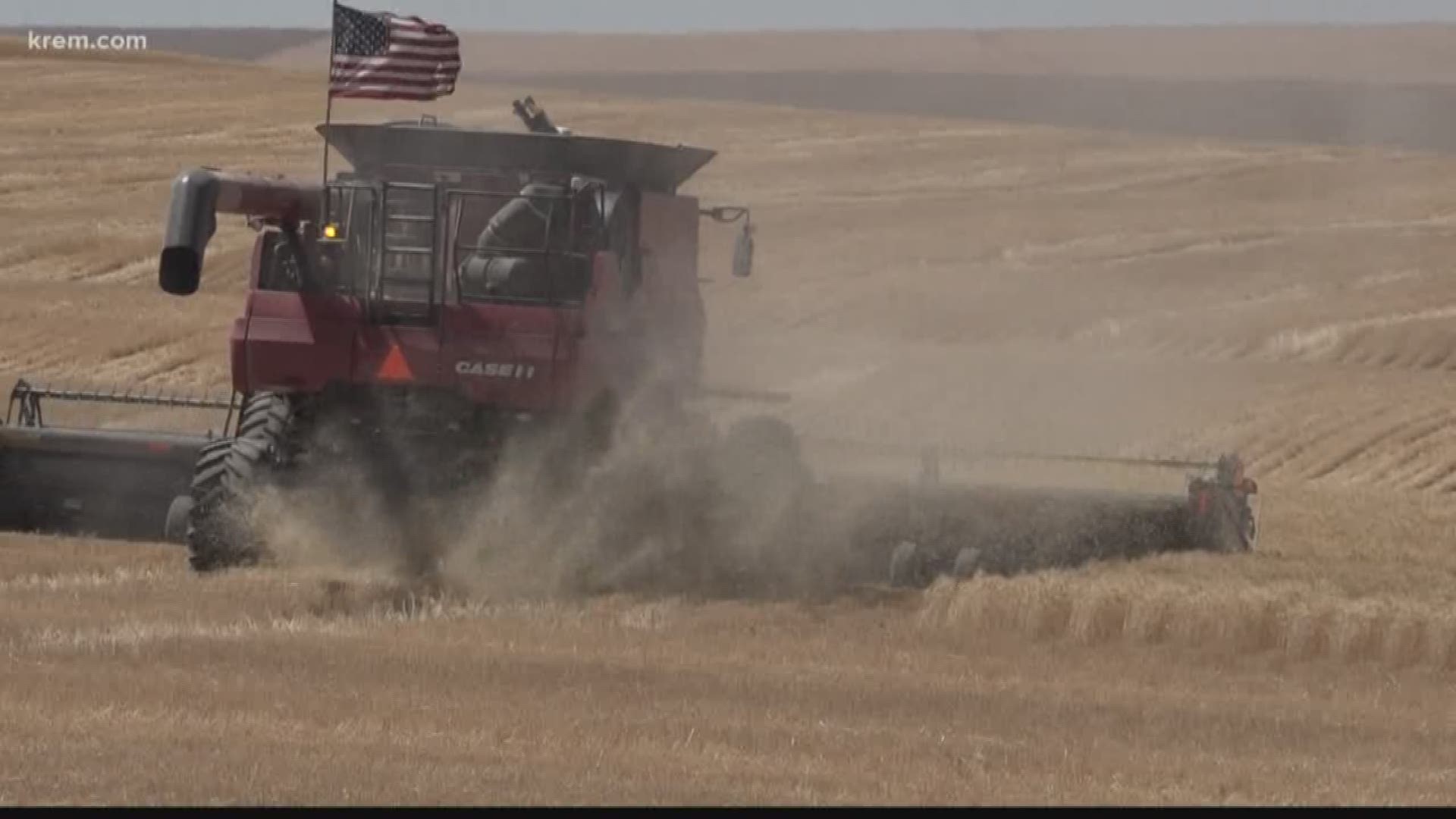 RITZVILLE, Wash. — About 60 farmers brought their equipment and machines to a Ritzville farm to help their neighbor harvest his crops for the season.

Larry Yockey was diagnosed with Stage IV melanoma in February. As time progressed, he said he became unable to spend extended amounts of time in the field.

“The cancer has spread to my bones, so I have a broken hip and ribs,” he said.

His neighbors started asking him if he would be able to work on his land for the harvest season.

“I didn’t know whether I was going to be able to harvest like I did in years past,” Yockey said. “I finally had to tell them, ‘No.’”

His neighbors said they immediately knew they wanted to help.

“I wasn’t hesitating a bit,” said Mike Doyle, one of Yockey’s neighbors.

For about three months, Doyle and several other farmers gathered the crews and supplies they would need.

On Sunday, the 1,200-acre Yockey farmland was scattered with 18-wheelers and wheat combines.

Farmer Steve Meye said they were working to finish three weeks of work in about six hours.

Yockey said seeing all of the help and support from the community was overwhelming.

“It’s just awe-inspiring to see how fast these fields are evaporating now,” he said. “Just gratitude. It’s not describable the gratitude I have for what’s going on.”