Thompson played Lamelo Ball’s father but said all jokes aside Charlotte has a special place in his heart. 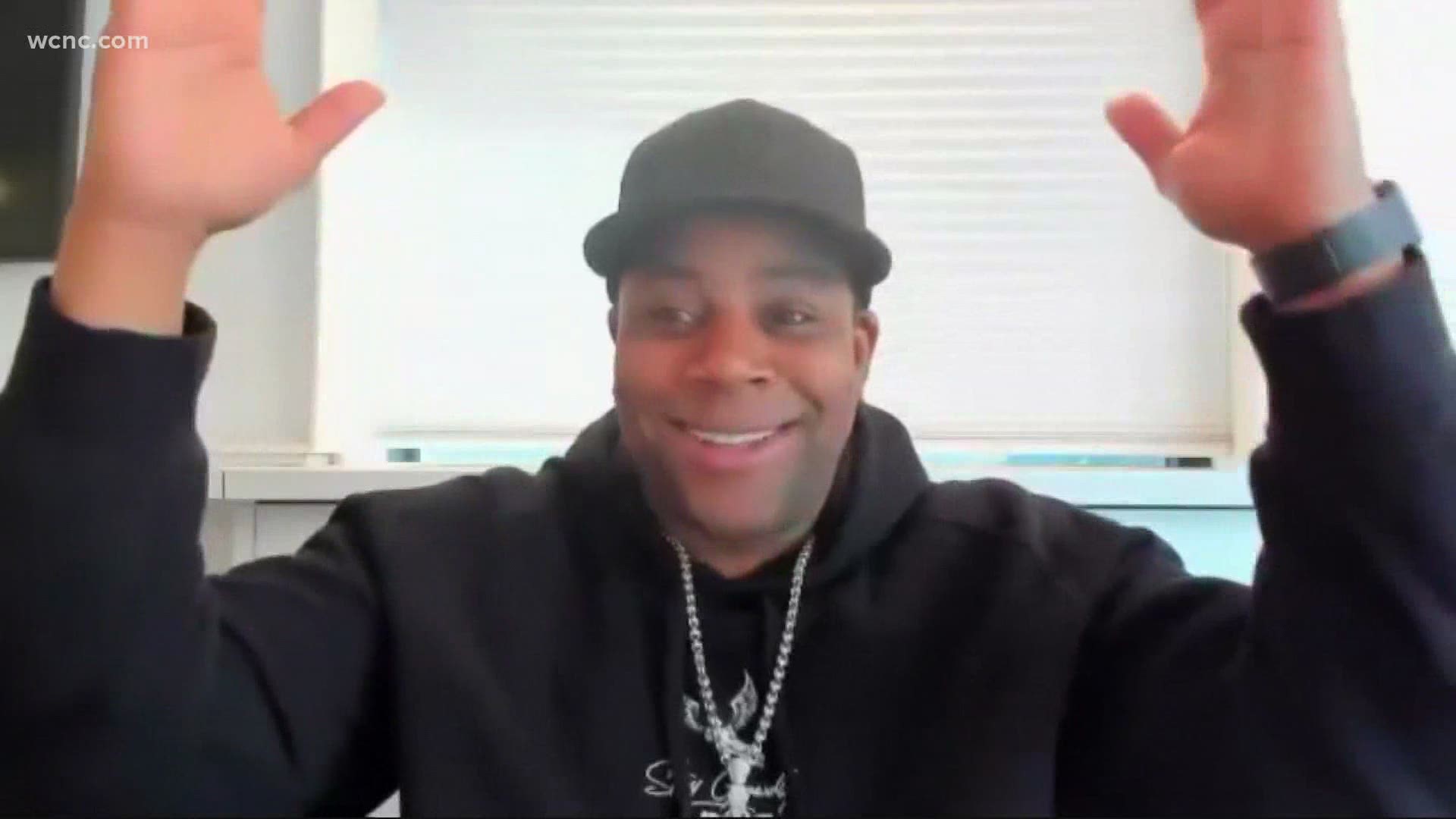 In it, he plays a morning talk show host juggling life as a recently widowed father of two daughters. The show follows Williams' attempts to move on from his previous life, though he is met with much resistance from his father-in-law Rick and brother Gary.

The series premiered on NBC on Feb. 16.

Thompson is hoping for a season two and said so far it seems people are loving "Kenan."

But while we had the SNL actor on Zoom, we had to throw it back to the moment he put Charlotte in the spotlight.

“I have to ask you, about a month ago on a weekend update SNL skit, you gave Charlotte some love,” WCNC Charlotte’s Rachel Lundberg mentioned.

Well, that line is legendary now and Thompson said it was such a hit he received a gift from a viewer.

“To the point that someone sent him a [Gateway to Gastonia] t-shirt, and I’m going to wear it very soon," Thompson said.

In that skit about a month ago, Thompson played Lamelo Ball’s father but said all jokes aside Charlotte has a special place in his heart.

“I remember driving through Charlotte to Virginia because my parents were from Virginia. Going to my grandparent’s house, we’d always drive from Atlanta through the Carolinas and Charlotte was a good stopping point, you know to get some Bojangles, then get back on the road. That was my childhood, so I have a very special love for Charlotte in my heart for sure.”

Thompson said he hasn't heard from Lamelo Ball or his father yet on the infamous SNL skit.

"I haven't yet," Thompson said. "I'm waiting to hear. It's all positivity you know just a proud dad."