Italian Sausage and peppers on the grill. 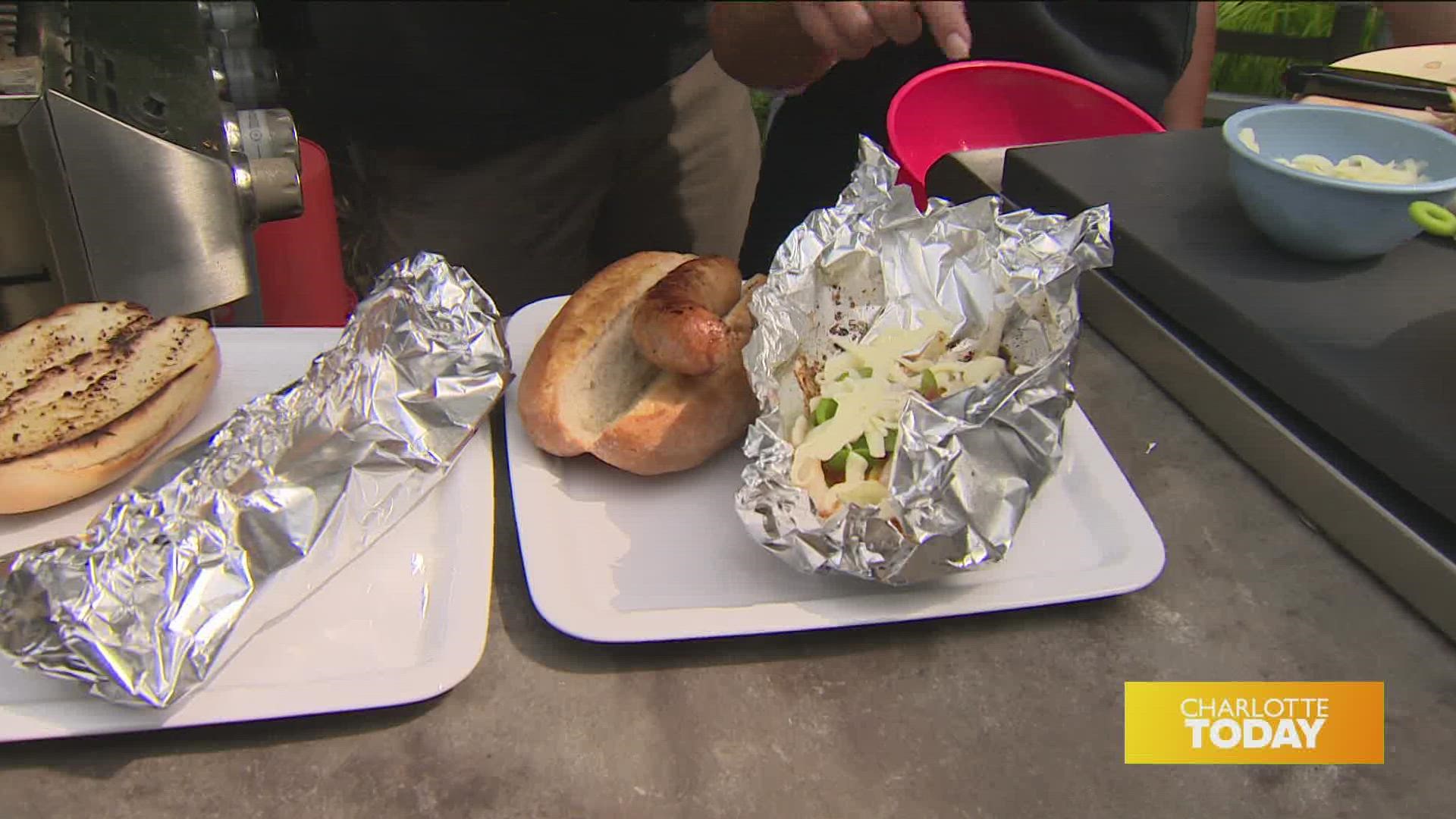 Preheat your grill.
Cut peppers in half and remove seeds. Slice peppers in 3/4 inch slices and put in bowl. Slice Onions and add to bowl. Drizzle with olive oil and sprinkle with salt – toss. Make 4 foil packets using about 1 square foot per packet. Put pepper and onion mixture in each of the 4 packets and top with 2-3 heaping spoonful’s of your favorite Cannizzaro Sauce. Fold packet to close.
On medium heat, cook sausages on one side of your grill and the peppers packets on the other. Both should take about 20 minutes to cook – rotating the packets and turning the sausages. Just before done, open the foil packets and sprinkle in the mozzarella cheese to melt.
Serve each person their own foil packet with a sausage and if desired, a toasted hoagie bun to make a true Italian Sausage & Peppers Hoagie!
Serve with extra warmed sauce for dipping – it is SO good!