Japanese inspired cuisine on the grill 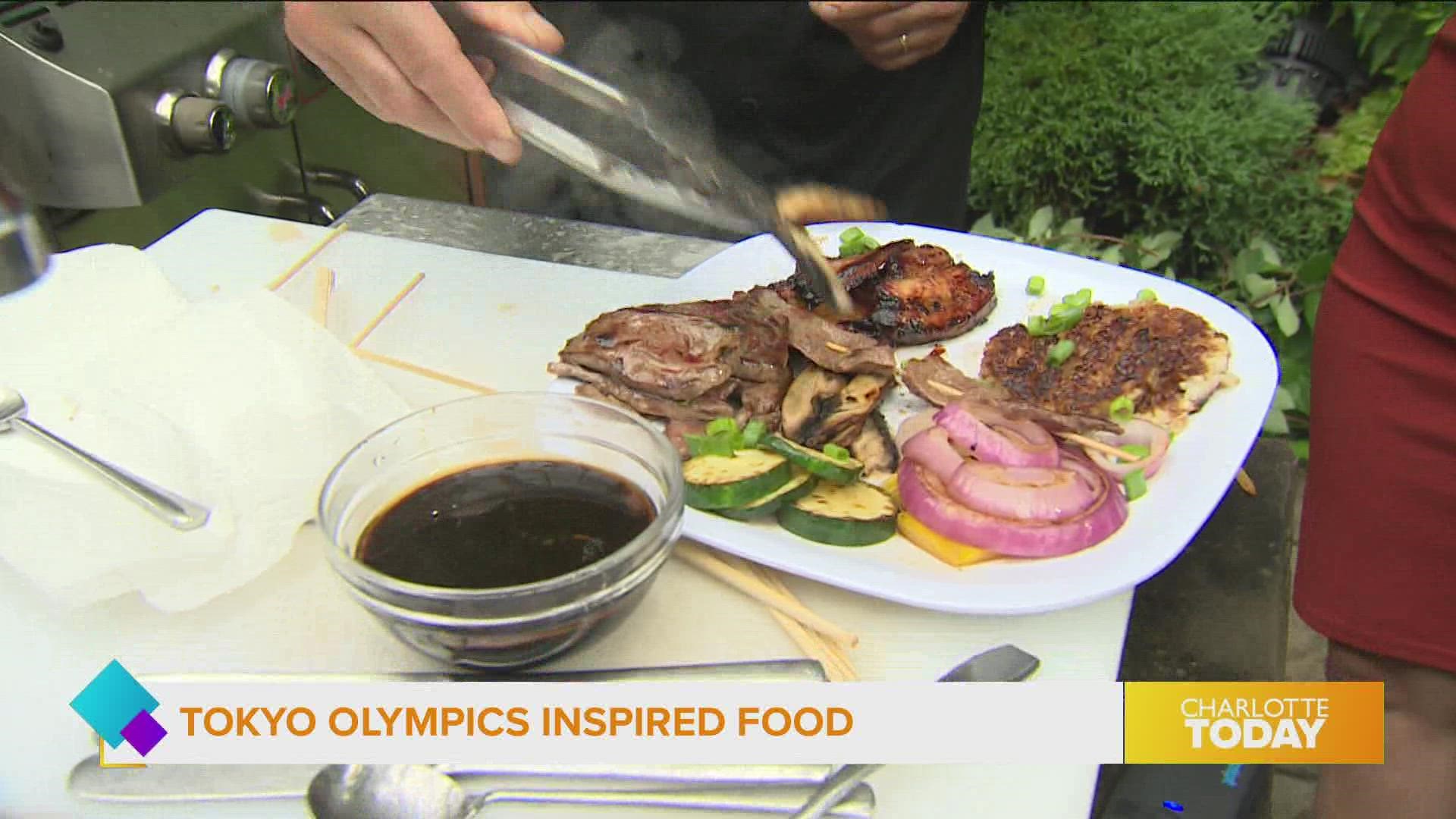 CHARLOTTE, N.C. — Japanese BBQ is actually called Yakiniku and hibachi is a type of method they use.  Meats are typically lightly or not seasoned and served with a variety of dipping sauces and the Ernie Adler is serving it up.

First we will start off with grilled rice balls. Now cook up some sushi short grain rice until done, and set aside. While the rice is cooking combine some soy sauce, mirin and heat until reduced by one half, then whisk in some butter and let cool. When the rice is cool enough to handle place a ball of rice on a sheet of plastic wrap and press it firmly to make a 1 inch square shape. Preheat your grill to 400 degrees, baste one side of the rice square with the marinade, grill for 5 minutes, turn over and baste again until browned. Garnish with diced green onion and sesame seeds.

Finally time for some Yakiniku BBQ. “Yaki” means grilled and “niku” means beef or meat. Japanese BBQ focuses on thinly sliced meats grilled quickly and either unseasoned or lightly seasoned with salt and pepper, then dipping sauce on the side for added flavor.

For the BBQ dipping sauce combine and heat minced garlic clove, soy sauce, mirin, sugar, toasted sesame oil, and sesame seeds, simmer for 20 minutes, then strain and let cool. Slice the beef into thin slices and layer onto a plate along with your favorite thinly sliced vegetables. If you prefer protein other than beef use  thinly slice chicken, turkey, lamb, or whatever items you want. Heat your grill to 450 degrees and get some smoke going, oil the grate, or use grill pan, cast iron pan, or griddle. When hot quickly grill your items quickly turning once, plate with the rice cakes, dipping sauce, and enjoy the BBQ while you root on the Americans or your favorite teams.