Ernie Adler shows us how to make a delicious pot of chili on the grill. 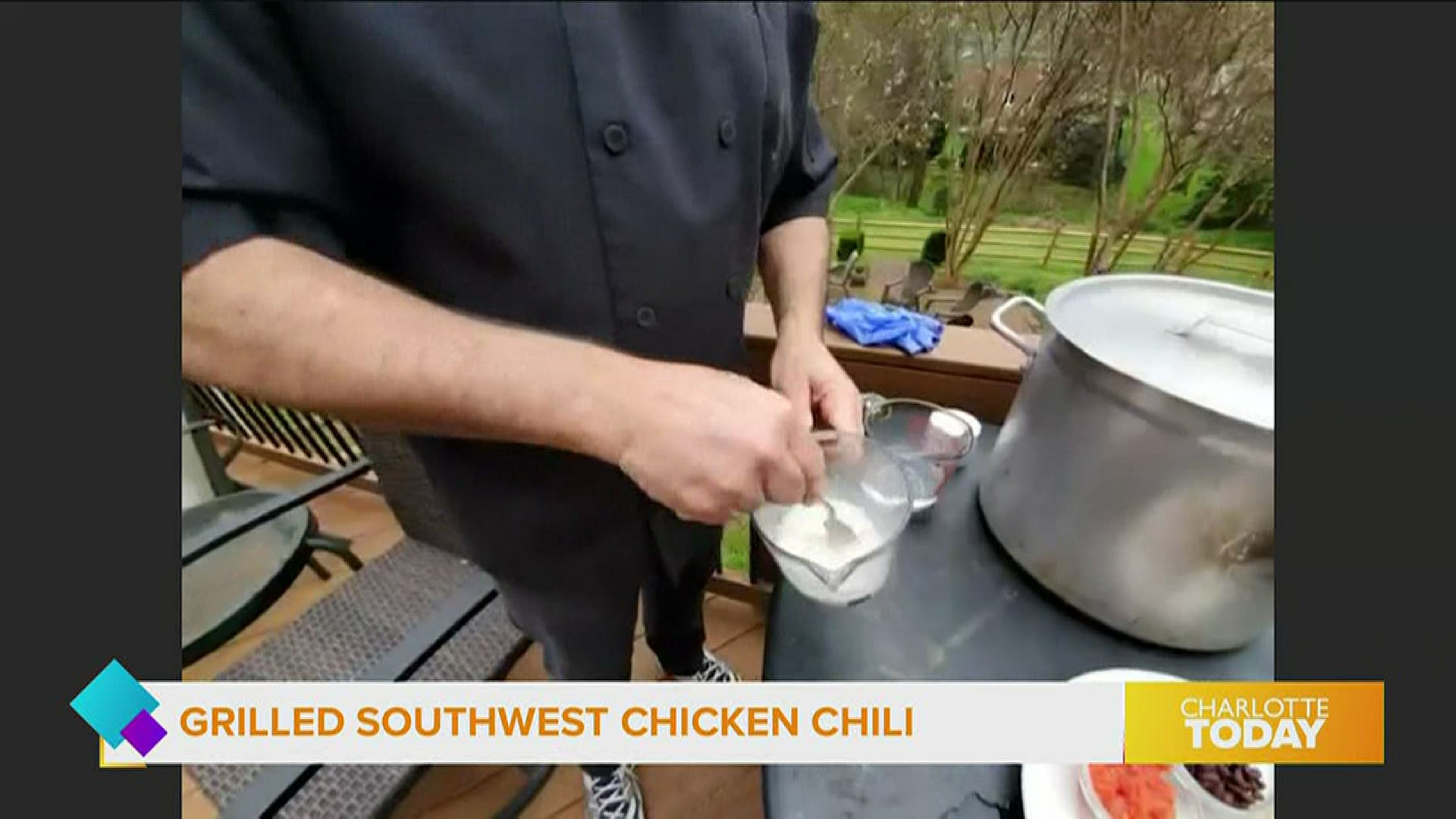 Ernie Adler's “all in one hearty dish” for four people is a Southwest black bean corn chicken chili.  It’s healthy, packed with flavor, and incorporates a lot of ingredients you may have in your pantry.

First, season two large chicken breasts with chili powder, cumin, onion and garlic powder, salt, pepper, paprika, oregano, and a dash of cayenne.  Ernie recommends using thinner cutlets so take the big grocery store chicken breasts, put them on a cutting board, and cut through the middle horizontally.  Then season and set aside for a few hours.

Heat your grill to 375 degrees, and oil both sides of your chicken and cook to 165 degrees. While the chicken is cooking slice a large onion into thirds crosswise and grill both sides until lightly charred, let cool, then dice.

When the chicken is done let cool dice into bite sized pieces. In a large pot add one 28 oz. can of fire roasted diced tomatoes (no seasoning added), 2.5 cups of low sodium chicken broth, more of the southwest seasoning above, a dash of liquid smoke and heat to a low boil then put on medium low heat.

Add in the diced chicken, the onion, one can each drained/seasoned/rinsed black bean and yellow or white corn (no sugar added), and simmer for 20 minutes.  For a thicker chili whisk some masa corn flour with some of the hot broth in a separate bowl until you make a slurry, then stir into the chili to desired thickness (if it’s too thick add more broth).

When done serve topped with diced avocado, a dollop of sour cream, and your favorite tortilla chips or a piece of cornbread.  For extra heat add in more cayenne and even char/chop some jalapenos.  The next day it will likely thicken more so just add more broth when heating.