With about 150,000 square feet of space, Optimist Hall will host 19 food vendors, retailers and even a brewery. 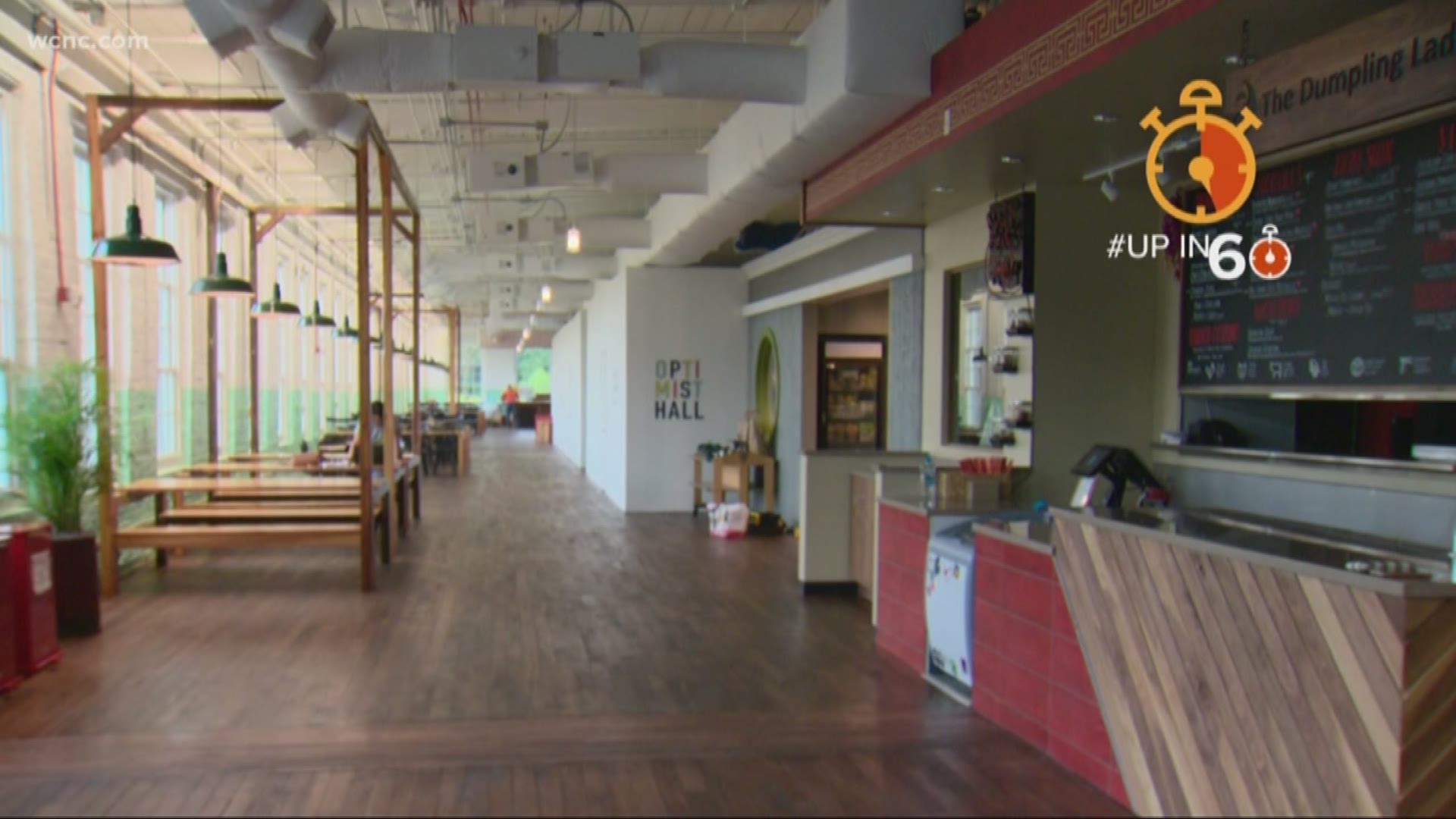 The project has been a huge undertaking, with a small group of developers working since 2014 to overhaul an old factory in the Queen City's largest food hall. Optimist Hall is located just outside uptown on Brevard Street in Charlotte's Optimist Park neighborhood.

"We just felt like there was a void in the city for it," said Jay Levell. "And part of that was finding the right location and the right building."

If you're familiar with Washington D.C.'s Union Market or Atlanta's Ponce City Market, that's what the developers have in mind for Optimist Hall. And they have a ton of space to use.

Optimist Hall occupies what was a textile mill owned by the Highland Park Manufacturing Company. All 150,000 square feet of it. You can even bring your dog.

The grand opening was last week, with five food vendors taking part in the debut. They were Undercurrent Coffee, Zukku Sushi, Bao and Broth, Pet Wants, Honeysuckle Gelato and The Spindle Bar.

"There are so many choices here and so many things to do," Levell said. "We want people to stay here all day."

By this fall, Optimist Hall expects to have 19 vendors, including Charlotte favorites Suarez Bakery, Papi Queso and Fonta Flora, just to name a few. There are plans to have a brewery on site, as well as retail space.