Carter Lane is a Golden State Warriors fan, but don’t tell Stephen Curry that Kevin Durant is his favorite player. 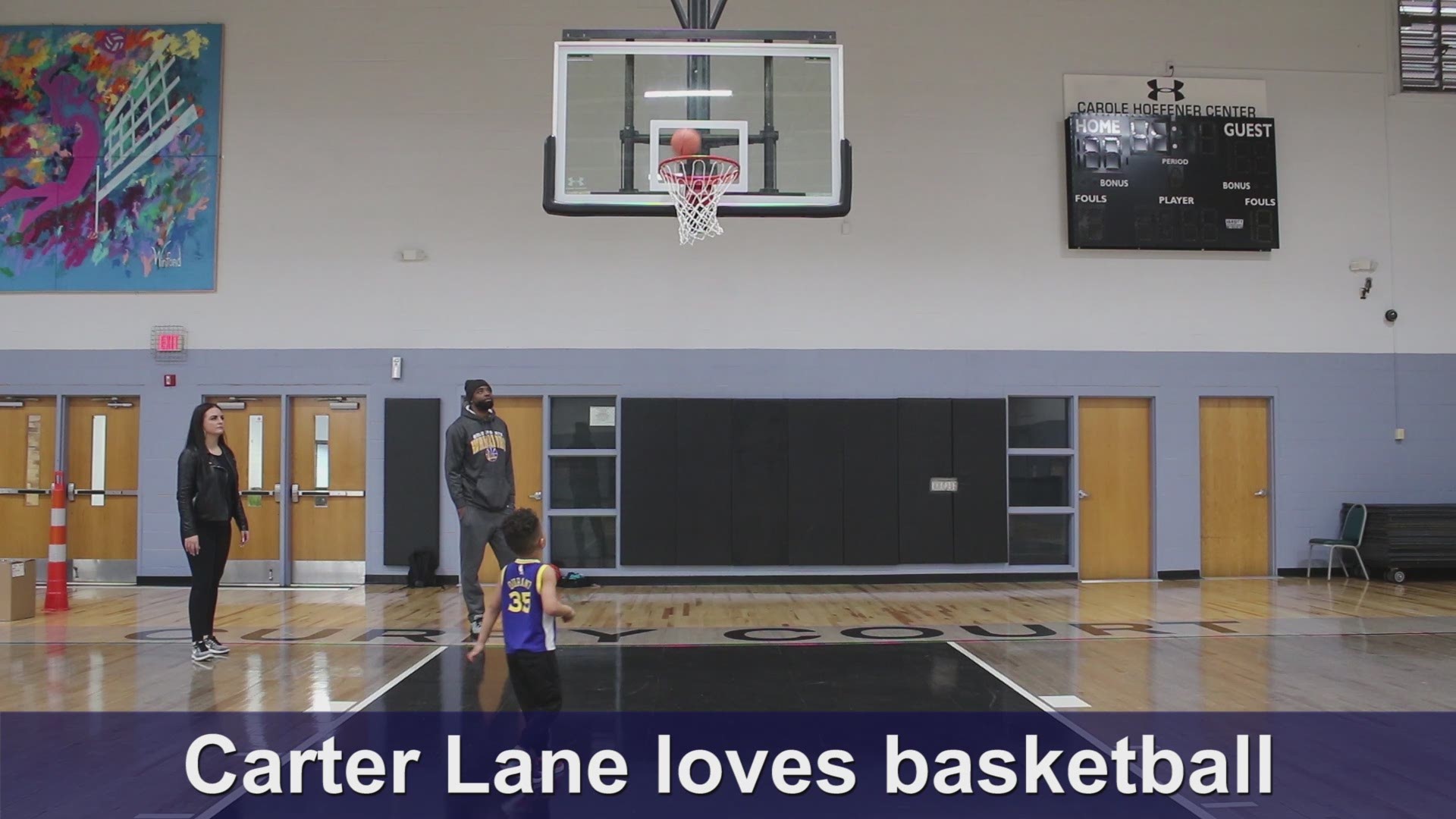 There’s a rising basketball star in Charlotte, who's sure to be scouted by the NCAA, but coaches will have to wait about 15 years to fight over him.

Carter Lane may only be 3-years-old, but he makes shooting hoops look so easy.

NBC Charlotte met up with him and his family at the Carole Hoefener Center in First Ward where he got to play on the new Curry Court.

The little baller is a Golden State Warriors fan, but don’t tell Charlotte native Stephen Curry that Kevin Durant is his favorite player. The boy's love for No. 35 and basketball comes from his dad.

“They play pretty late so he’s up watching the Warriors with me when he can’t sit still,” said Jaron Lane. “Every commercial break, he goes and practices what he sees on TV.” 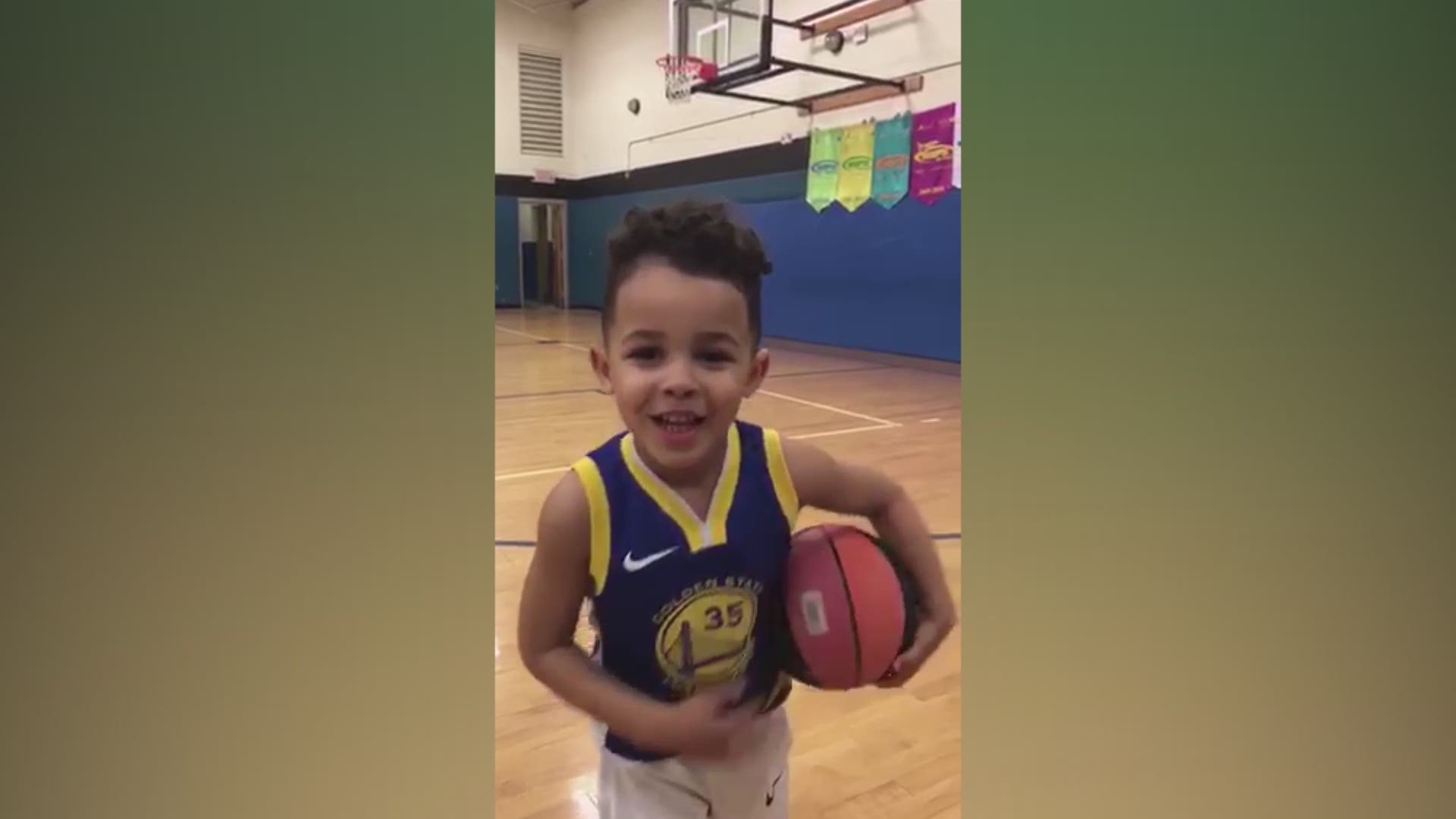 Talent runs in the family. Dad played basketball at UNC Asheville as well as overseas. Now he coaches AAU teams.

“He’s there every practice, shooting on the side goals, trying copy what the kids do. He’s obsessed,” Dad said.

Mom grew up playing basketball, too. She said her son has loved the game nearly all of his short life.

“As a baby, he used to watch basketball games on TV, and his eyes would light up every time,” said Randi Lee Furr. “On his first birthday, his father and I got him a Little Tykes Basketball Goal, and it was on from there.”

Lane will shoot hoops anywhere, anytime. During halftime at a high school game, the little man ran up and down the court with other kids, making shot after shot, much to the delight of the crowd who cheered him on. 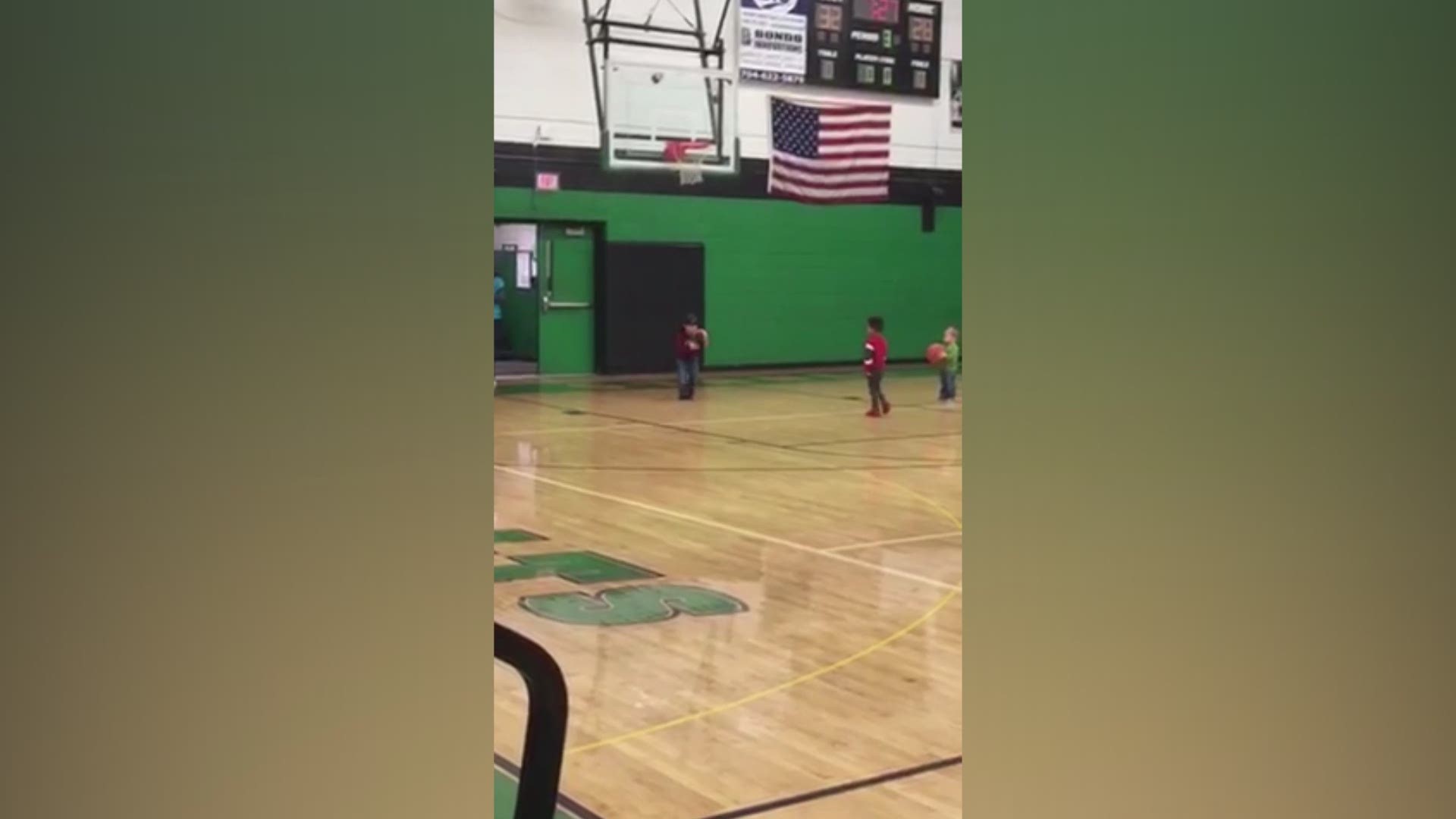 The basketball whiz is not on a team just yet. He’s not eligible until he turns 4-years-old in July.

“He really wants to play,” Dad said. “I don’t know how it’s going to be in a group setting just yet, because he doesn’t like to share right now. He just wants to shoot.”

Lane has Durant's jersey as well as Kemba Walker's. He's even been to a Hornets game. But the coaches at Duke better hold their breath if they think they could ever recruit him to be a Blue Devil.

“He has never been to a college game, but he does have a favorite team, the Tar Heels," Mom said. He loves them because his grandfather has been a fan, and he always says, “That’s Pop’s favorite team!”

Right now, the little guy is having fun, though his competitive side is strong.

"He hates when I make a shot and he misses one. He has to one-up me. He’s really competitive; I’m competitive, too," Dad said.

Lane's parents can't wait to see how far he will go.

"He is an amazing kid; he works hard. I can tell he’s going to have a really good work ethic," said Jaron Lane. "He loves it for what it is. He’s not doing it to be famous or to be popular. He does it because he loves it."