Charlotte-based painter Whitney Austin sold thousands of prints of her George Floyd and "Herricane" painting in two hours to earn $55,000 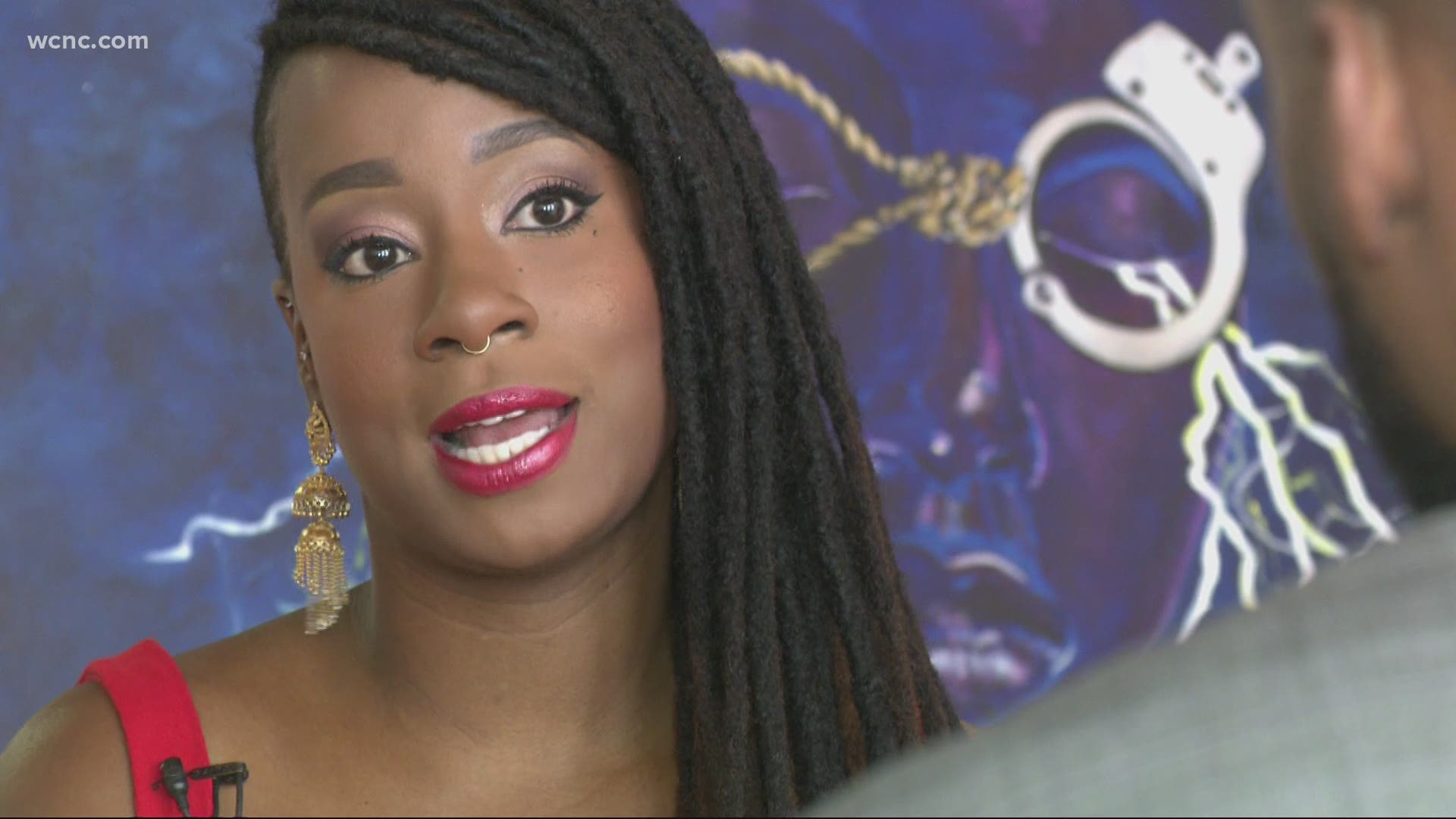 CHARLOTTE, N.C. — Charlotte-based painter Whitney Austin is using her art to harness the frustration of African Americans across the country following the Derek Chauvin verdict -- earning her a lot of money and attention.

"I've been a full-time artist for the last five years and these last couple of years have been very difficult," Austin said. "Last year George Floyd and then now it just seems like every week something is coming up."

Austin usually focuses her work on the beauty of Black woman and Black culture, but in the past year has recalibrated to social justice and equality.  Her latest work, "Herricane", sits front and center in her South End studio. It depicts a Black woman with handcuffs and a noose joined over her tear-filled eyes. The woman's skin is purple and the sky and ocean are a deep blue.

"It's a woman in the ocean and there's a storm coming. There's a lot of rage," Austin explained.

Austin has been able to sell and promote her work on Facebook and Instagram -- where she has a combined following of roughly 300,000 fans. When she advertised $28 prints of Herricane and her other photos for sale last Thursday, Austin was overwhelmed by the response. She earned $55,000 in sales within two hours, which immediately crashed her site.

"I'm just so grateful for the amount of support I've received and a lot of people can definitely understand the message that I was trying to convey," she said.

Last year Austin created a multimedia painting of George Floyd following his death at the hands of former Minneapolis police officer Derek Chauvin, who was convicted of murder last week. The Floyd painting sold thousands of copies too.

"Thank God for the verdict from George Floyd so that did give us some hope that there possibly can be some change ahead for us," Austin told WCNC.

Austin also recently released a Black Lives Matter coloring book collection to promote healing for customers closely following current events surrounding the movement. They're sold on Amazon and retail for between $20 and $30. One of the covers features George Floyd's face.

She said she tries not to create depressing art, but admits it's difficult nowadays because everything happening affects her.

"I don't feel safe you know. It literally feels like we're being hunted. I want to use my creativity as a voice of like a million people. I really just want to be like an art soldier for my people in a fun but also a powerful way.”