Amazon chose the moving picture, snapped by a Charlotte visual storyteller, to be a part of the company's Black Lives Matter campaign. 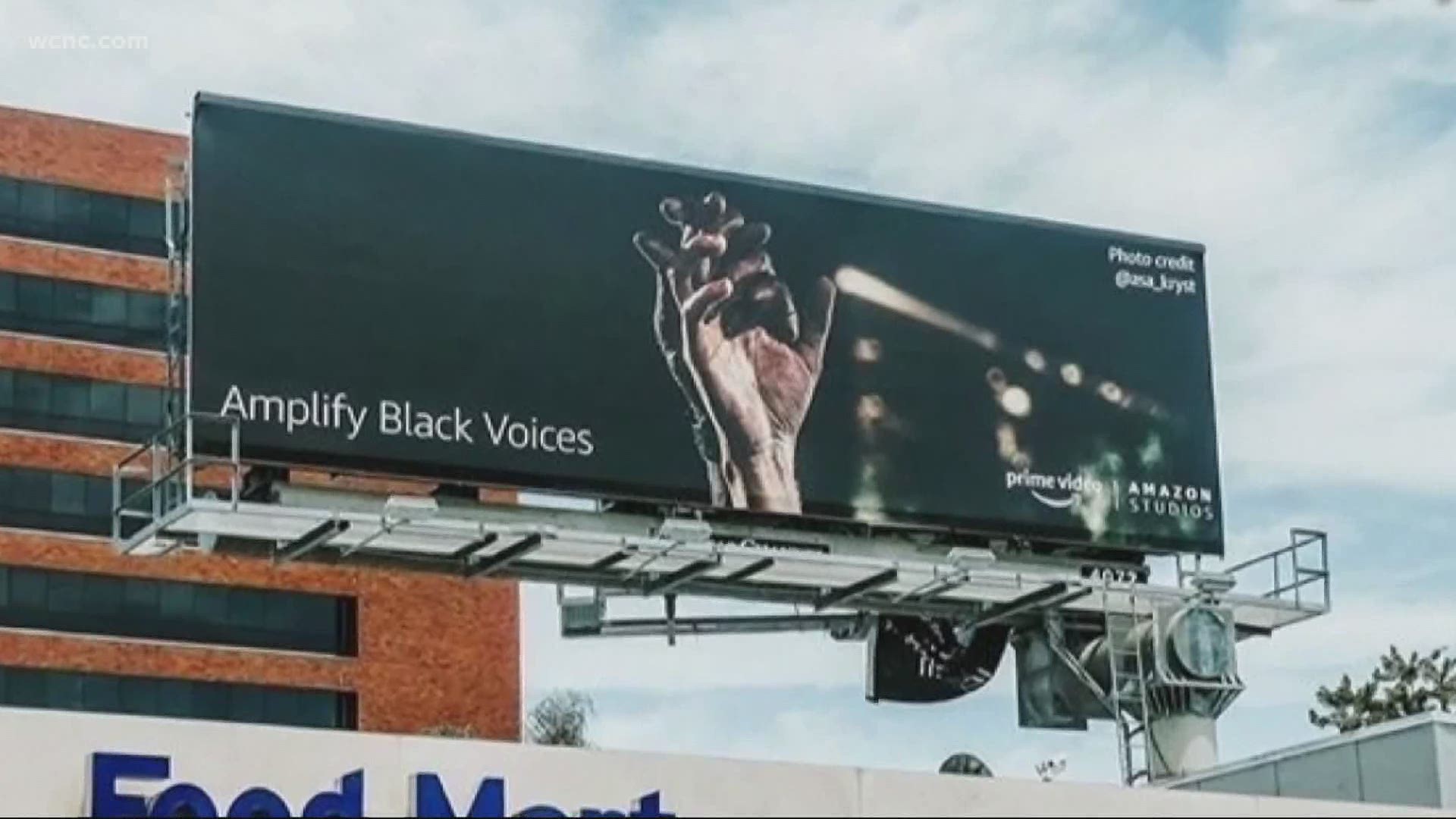 CHARLOTTE, N.C. — A photograph taken at a recent Charlotte protest is now being seen by millions of people after being put on Amazon billboards across Los Angeles.

After weeks of peaceful protests and riots in the Queen City's streets, marches down the streets in the dead of night have largely ceased. However, the demand for change is still there — and so are the images captured from the moving moments.

"The atmosphere was unlike anything I have ever been in before," said Asa Kryst, a Charlotte visual storyteller.

It was his first protest he has ever been to, he said. He took his camera to the Black Out Tuesday protest where thousands gathered from day into the night.

"It was just a really cool moment," he said.

He snapped several pictures. But one stood out once he posted it to his Instagram page.

It's a photo of an interracial couple, according to Kryst, the back of their hands touching as their fingers clasp onto each other.

Kryst said it's a picture of unity, as people of all races demand change.

"People who are not Black standing up for Black people," he said. "Ultimately I think that's what needs to happen in order for this movement to really go where we want it to go."

The picture was posted on social media and instantly gained praise and love.

Kryst woke up to a message from Amazon that asked him if they could license the picture to include it in their Black Lives Matter campaign.

They worked out a deal, and now the picture sits atop billboards in the nation's second-largest city for millions to see as they drive by.

With so many talented local photographers, Kryst feels blessed and honored to have his work shown off in such a big way.

When asked how he wants people to feel when they see the picture, his answer was simple: love.