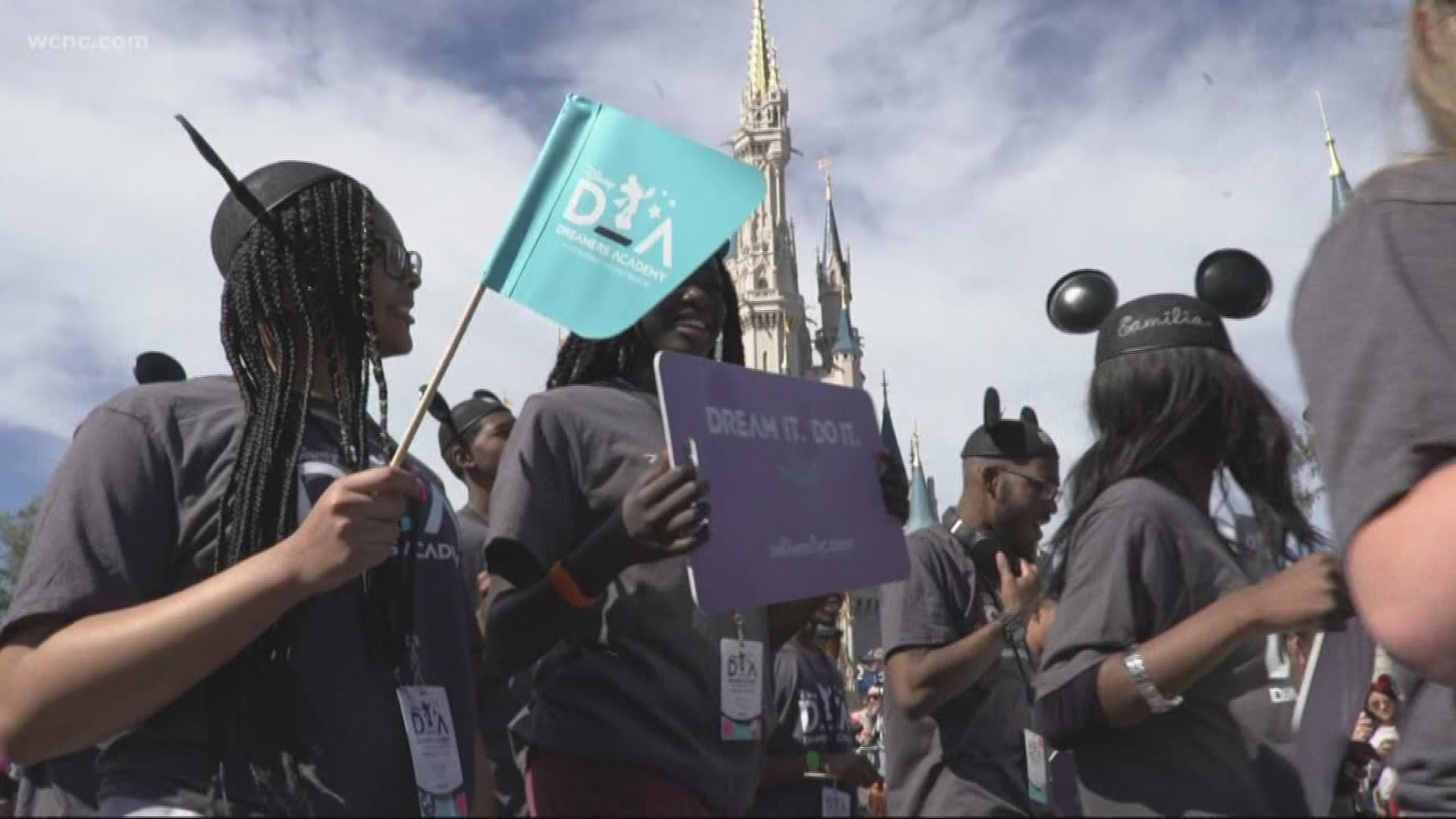 CHARLOTTE, N.C. — One lucky local student has been selected out of thousands to take part in a dream opportunity at Walt Disney World in Orlando, Florida.

It's called the Disney Dreamers Academy

"A dreamer is someone who is creative and ready to dive into their passion and career field and they always want to learn," Bell said.

Bell has her own non-profit, which is why it's really no surprise that she's one of 100 high school students who will receive an all-expenses-paid trip to Disney World to participate in the highly competitive mentoring event with Steve Harvey and Essence Magazine.

"My dream job is to own my own restaurant and bakery," Bell said.

The ninth grader isn't wasting any time. She's been baking since she was 4, and she's always in the kitchen with her mom and dad. Bell takes cooking classes, loves making fresh pasta and even has her first restaurant picked out.

"My restaurant would be named Brunch at Jasmine's," she said.

The Disney Dreamers Academy wants to help her get there. This year's theme is "Be 100." It encourages teens to be positive and relentlessly pursue their dreams while helping make a difference.

"I want little girls to know that even though there's not representation there, they can create their own seat at the table or even create their own table," Bell said. "Even though I didn't see many people like me growing up, I just knew that I wanted to do this and that no matter what, nothing was going to stop me."

She knows not everyone has that mindset, so she hopes to help others get there.