Charlotte's 'Let Me Run' program expands to other states

An after-school running program that started in the Queen City nine years ago has exploded to 29 other states. 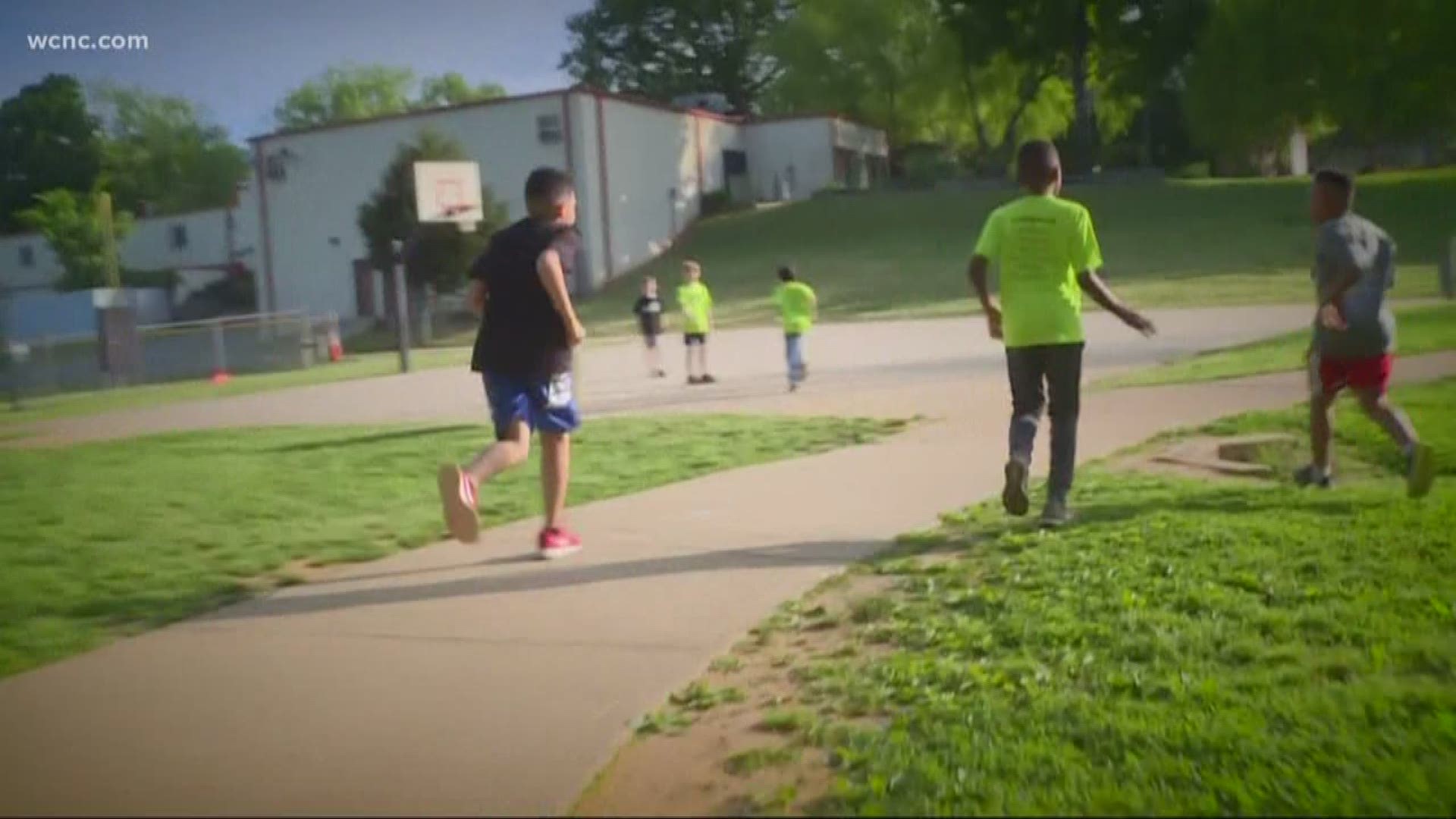 CHARLOTTE, N.C. -- An after-school running program that started in the Queen City nine years ago has exploded to 29 other states.

In Charlotte, more than 1,800 boys from 4th to 8th grade have participated in 'Let Me Run' over the last year.

Twice a week for seven weeks, coaches train the boys through running while simultaneously developing their emotional, psychological, and social health. The seven-week season culminates in a 5K which is open to the public.

"It's really neat to see these guys come together over the seven-week time period and bond as a team, even though running is an individual sport. They lift each other up," said Jay Seago, regional director for the Charlotte area.

They're not only training for the upcoming race; the program is preparing them for the long run of life.

"You have to learn to encourage others," said Caden Kennedy, a two-year member of 'Let Me Run'.

"All the kids are nice here, and it's a good place to make friends and have a run," said Wiley Seago.

He said he's never missed a practice -- probably because his dad is the regional director.

Moving is the focal point of everything they do, whether it be exercise or life lessons; there is always progress.

To learn more about 'Let Me Run', visit this website.