Students and staff at Community School of Davidson affectionately call her "Maw Maw." 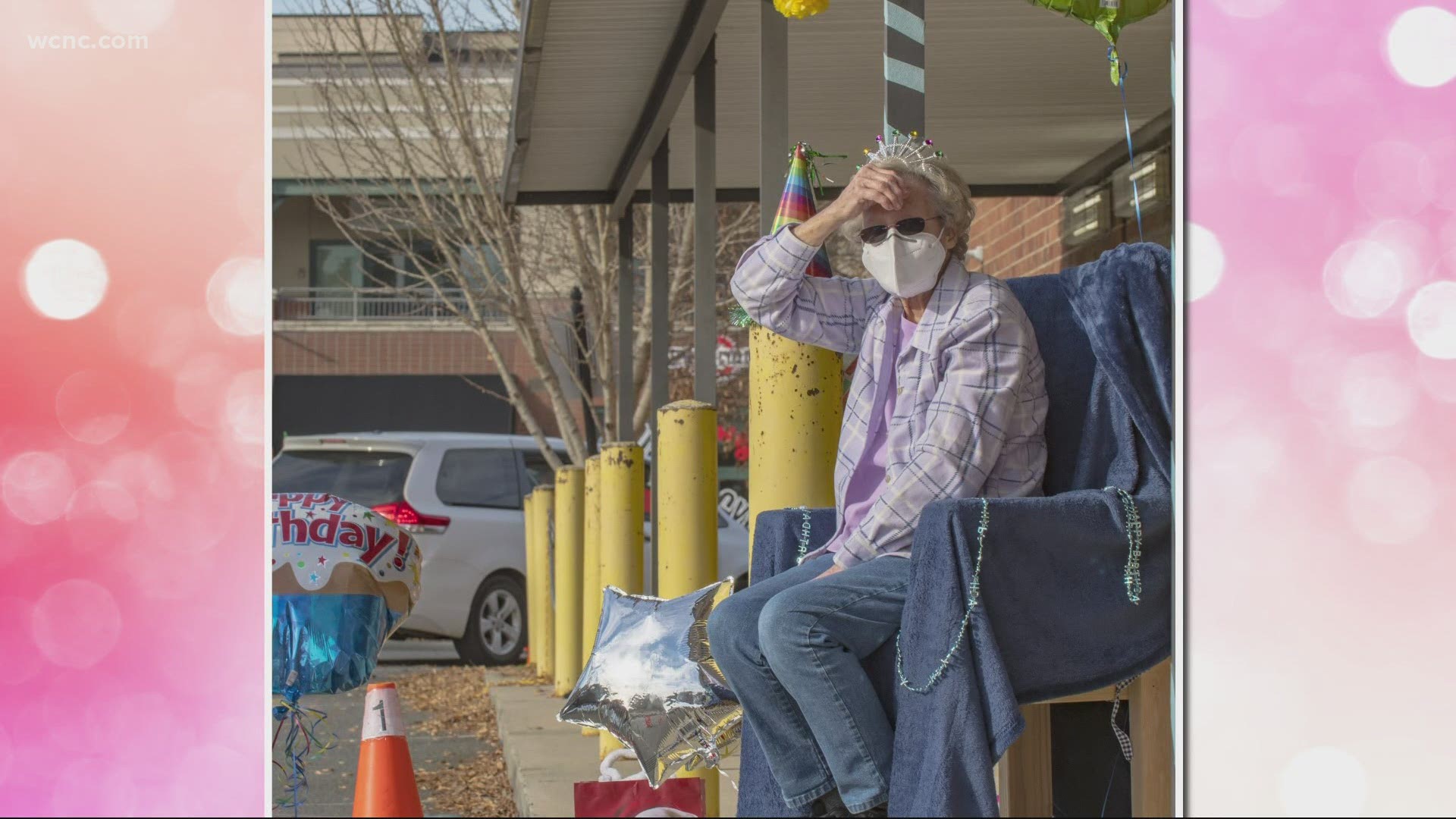 DAVIDSON, N.C. — Donna Frazier, the head custodian at Community School of Davidson, is known to all at the school as 'Maw Maw.' For her 80th birthday on Dec. 23, the staff and students wanted to do something special for her: a parade.

Frazier has been a part of the school since its start. In 2001, she came to Davidson from Virginia to help her daughter open the school. Her husband, Hal, also worked at the school until he died in 2018.

Frazier has a reputation for getting students excited about chores --  a group of kids, many the children of staff members, empty trashcans under her supervision each day after school. In exchange, Frazier gives the 'Trash Kids' a dollar a day, a little bottle of water, and a piece of candy.

School leaders said Frazier was heartbroken when the pandemic hit and students moved to virtual learning, as the school says "she thinks of them as her grandchildren."

When the school moved to a hybrid model, she was eager to get back and do her part. School leaders said it's been heartwarming to see how much she cares about the children, as she passes on her work ethic to the students.

“We are so excited to honor her on her [80th birthday,] as she is the resident Maw Maw and matriarch of our school,” said Juli Gardner, director of CSD’s elementary and middle school, in a statement ahead of the parade. “This parade will be a bright spot in a year of so many disappointments.”

To celebrate her 80th birthday Wednesday, staff and students held a drive-by parade through the school's carpool line at 10 a.m. Students and staff brought flowers, signs, cards, and balloons to show their appreciation.