Charlotte brewery attempts to send a beer into outer space

The Charlotte brewery has been gaining a lot of attention on Tik Tok as they prepare for their grand opening this summer. 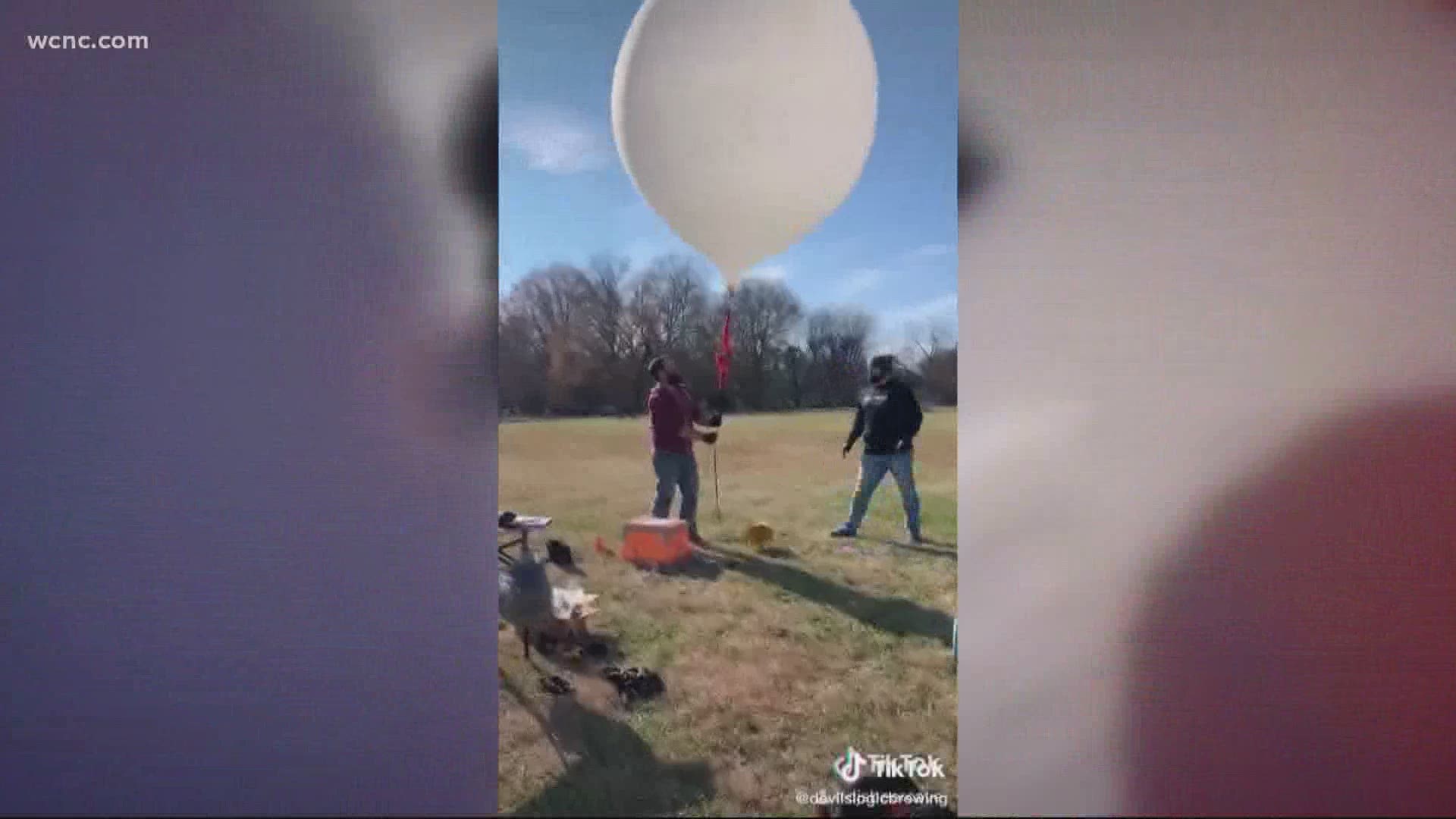 CHARLOTTE, N.C. — Devils Logic Brewing is a local spot getting ready to open this summer.

They are creating an environment in midtown Charlotte where all are welcome to enjoy a beer and cultivate worthwhile conversation with people from different backgrounds.

In the meantime, they’ve been busy on Tik Tok putting out content that is now raking in the views as they attempt to send a beer to space! This has taken a boat load of studying, getting the right legal approvals and as you'll soon be witness to, trial and error.

That Tik Tok walks you through their first attempt. Which according to the Devil's Logic team member talking, it failed miserably.

"The first launch, I really don't know what happened, to be honest," said owner and co-founder Brian Wallace.

But with more than 260,000 people watching this science experiment, they were too far in to stop now.

This second launch went perfectly as planned, Wallace told WCNC Charlotte. That is until the cameras shut off.

"As soon as I figure out why the cameras stopped recording, we’ll go ahead and do our third launch," Wallace said.

Even though they don't have a ton of video proof, the brew team estimates that their second launch made it to 90-95,000 feet. To put that into perspective, commercial planes tend to fly around 30,000 feet.

RELATED: It was a pie in the sky idea for a business during a pandemic but these sisters made it work

This isn't an easy task: getting a beer to space, then bringing it back down to earth. Our WCNC Charlotte team attempted to send Larry Sprinkle (in the form of a picture) to space back in 2013. Watch the documentary here:

Continue to follow Devil's Logic send a beer to space launches on their TikTok and don't miss the grand opening this summer, June 4!