NBC Charlotte met one family who watched their son's seizures stop completely. They say it was thanks to the keto diet. 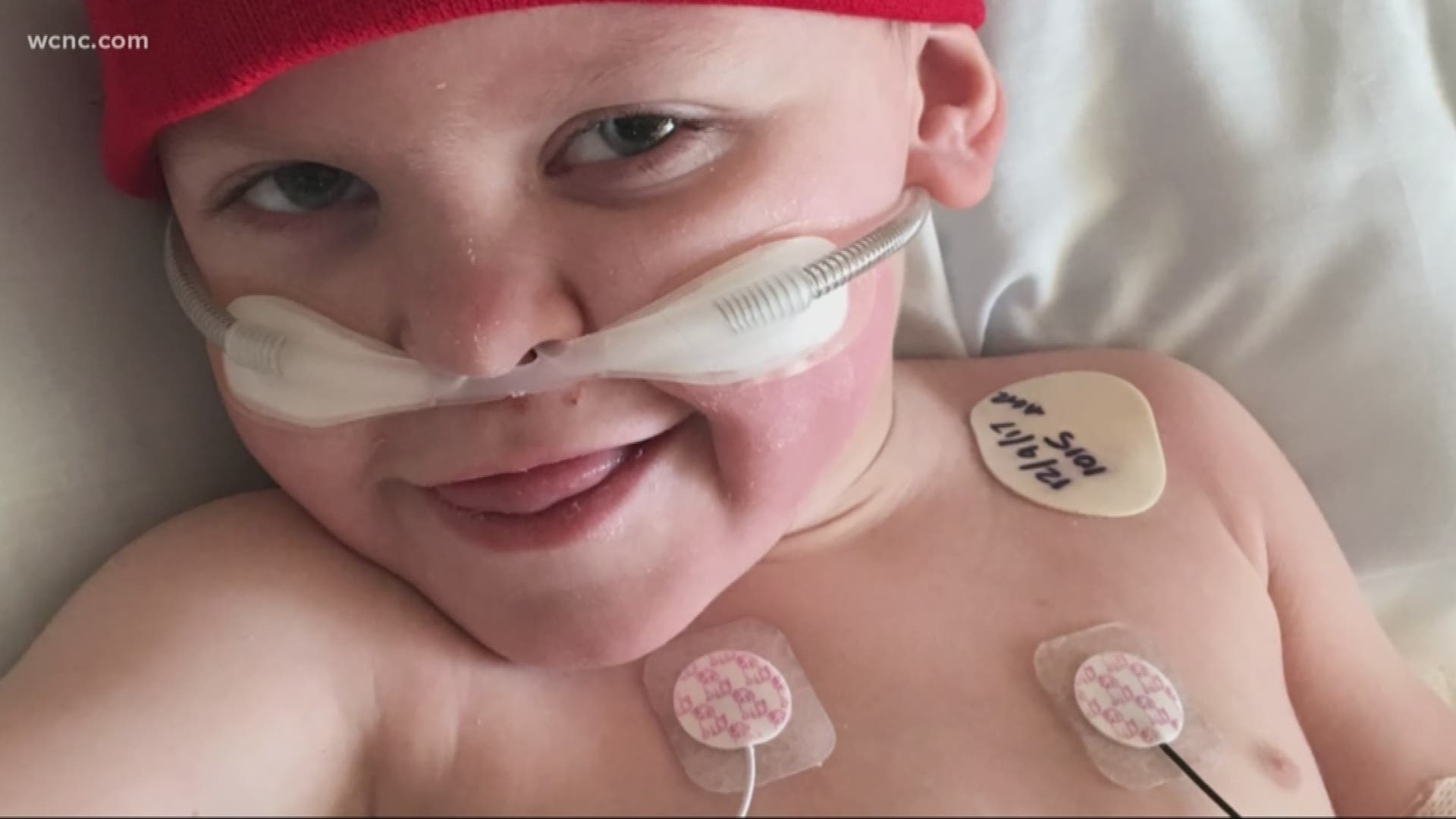 NBC Charlotte met one family who watched their son's seizures stop completely, thanks to keto.

Rebecca Lingdon-Galbreath thought she’d given birth to healthy twin boys. Until they were 11 weeks old, and Jake seemed off.

“He had been screaming and crying all the time didn’t sleep well and then he went silent one afternoon," Lingdon-Galbreath said.

Doctors determined he had leukodystrophy, a genetic brain disorder that impacts his speech, ability to walk, even eat.

He started having seizures when he was just 18 months

They almost lost him that first time and incredibly, the seizures became a regular thing. His mom said he started having 30 to 40 seizures a day.

Part of the problem was Jake has trouble metabolizing food. So his doctor suggested a modified version of the ketogenic diet.

Within five days, his mom said the seizures had halved and within 10, they were gone.

Jake and his brother are now almost five. Jake has only had one seizure in the last three and a half years and that was because of a medication mix-up.

Now that he’s seizure free, his mom says his life has improved in many ways.

“He has a quality of life – we can take him swimming, take him out,” Lingdon-Galbreath told NBC Charlotte.

She says the keto diet has been life-changing.

“Absolutely, and in my mind has kept him alive," Lingdon-Galbreath said.

“It is not clearly known how the ketogenic diet works to prevent seizures.  The diet is a way to mimic the fasting state of the body by giving most of the patients needed calories through fats rather than carbohydrate.  This leads to use of ketones as energy for the brain.

The ketogenic diet can be effective for any type of seizure and is effective in 1/2 -2/3rds of patients - which is a greater than 50% reduction in seizures.  There are some patients for which the ketogenic diet will completely control seizures.  In Jake's case his seizures became completely controlled and we were able to reduce the amount of medication he was taking.  The diet also helped to improve his alertness and allowed him to make more developmental strides.  His sleep also improved.

The ketogenic diet can be helpful for many types of epilepsy but it is not for every patient.  It has risks as well as the potential benefits.  The ketogenic diet is not a natural way for a body to live and patients require close monitoring of their nutritional status with lab work and the oversight of a physician and dietician.  We also will provide supplements for the vitamins and minerals that a patient will not get with this type of diet.  Side effects of the diet can include constipation, kidney stones, low blood sugar and poor bone health."