About 60 of the band students put their marching skills to the test in an ad for the Pria™ by BLACK+DECKER™ Home Care Companion. 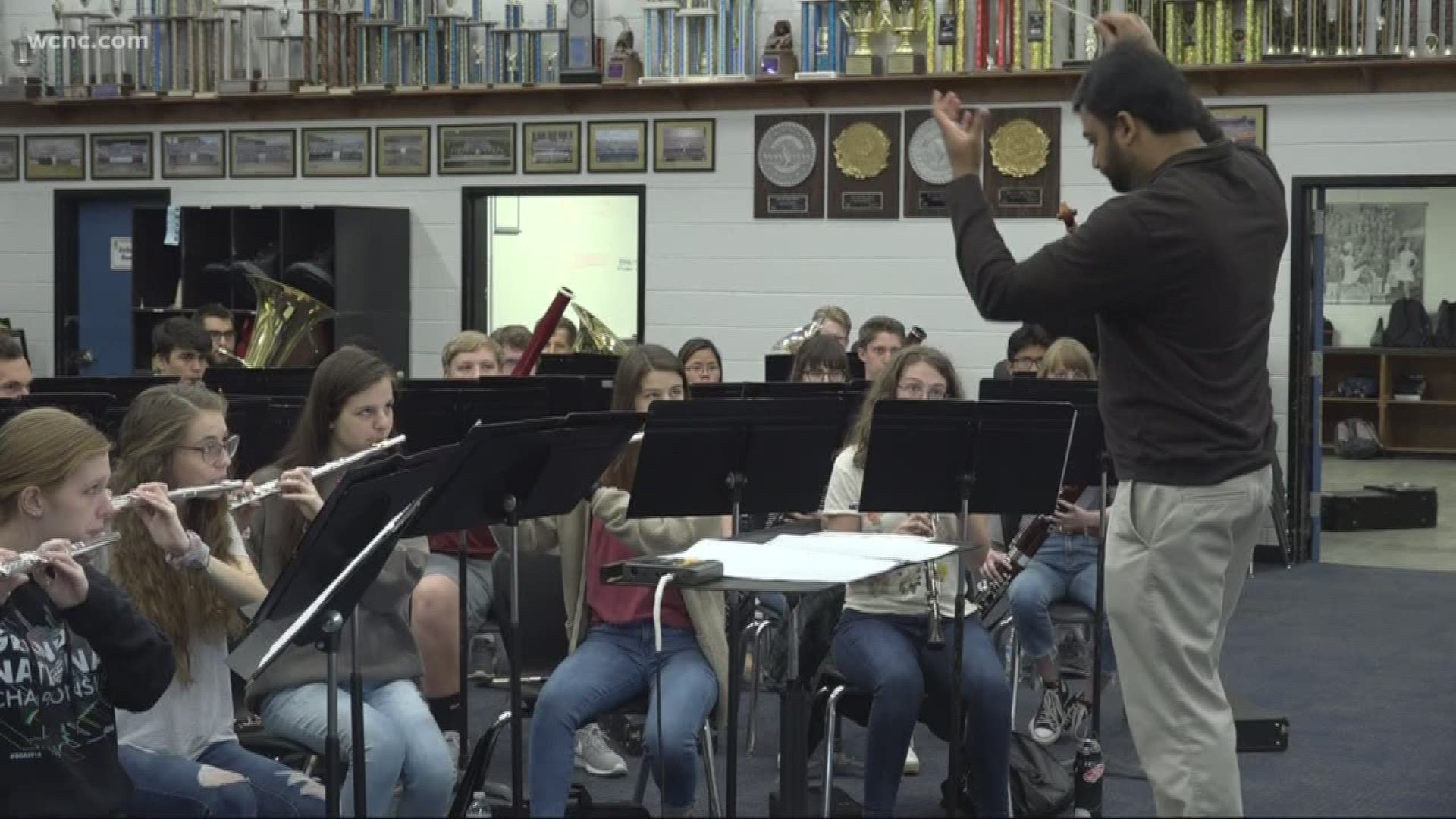 Some familiar faces in the Fort Mill High School band can be spotted in a new ad.

About 60 of the band students put their marching skills to the test in an ad for the Pria™ by BLACK+DECKER™ Home Care Companion.

The product is described as an automated medication management and home health assistant that brings connection to caregiving.

Fort Mill Band Director Ren Patel said he designed the marching sets the students performed in the video, which illustrate how the product works.

"I'd never been to a studio before,” said R.J. Dailey, an 11th-grade tuba player. “I'd never been... never even thought that I would actually get to be into a commercial ever, so it was just an interesting experience."

Students said a production company shot the ad last fall while they were in the middle of marching season.

"You have to think about a lot of things,” said Zachary Amigo, an 11th-grade alto saxophone player. “The first thing is thinking about our technique, making sure we have proper technique on the field at all times.”

The students said there were about 10 marching sets for the ad, and they had two practices to learn everything.

"It was easier than a marching show, but it was just as great of an experience,” Gabby Hoegy, a band student in the ad.

The students said it was a little more challenging to hit their spots due to a lack of hash marks on the studio floor that are usually present on football fields for halftime shows.

They agreed it was a worthwhile experience when they finally saw the finished product.

"It's exhilarating honestly, just being out there with all my best friends doing something we've worked really hard to achieve,” said Jessie Ogden, a 12th-grade bassoon and percussion player.

Patel said a donation was made to the Fort Mill High School band for the students’ participation in the ad.

From strangers to family, organ donor meets the woman he helped save