'Top Gun' Firefighting: Inside the Gaston County program teaching firefighters how to survive

Firefighters from across the U.S. come to Gaston College to attend one of the toughest firefighter training programs in the country. 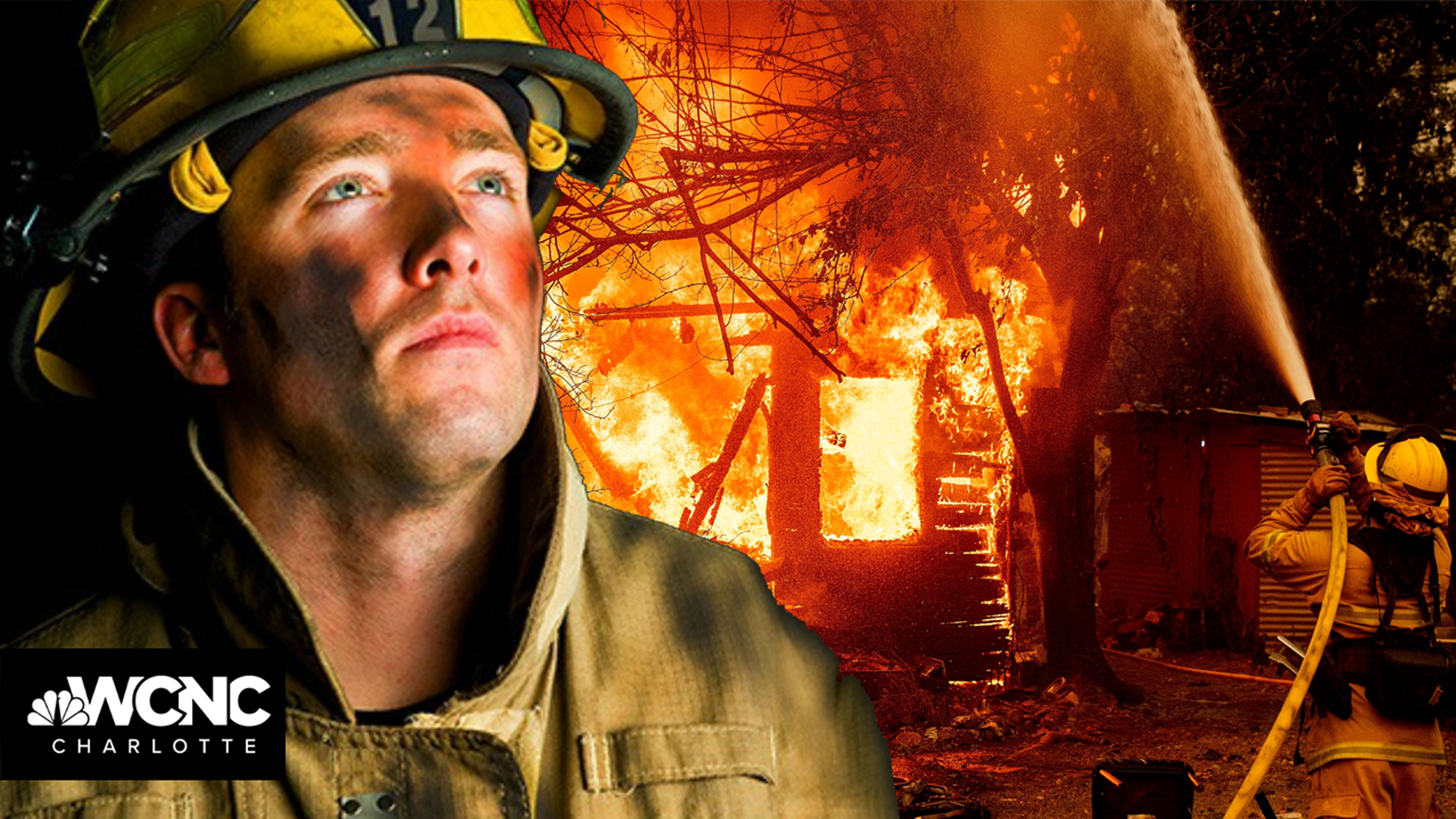 DALLAS, N.C. — It's considered one of the toughest firefighter training programs in the country, with a waitlist stretching three years and filled with the names of firefighters from as far away as California and Washington State.

The North Carolina Breathing Equipment School, which is held twice a year at Gaston College's Dallas campus, even held the distinction of being named the "Top Gun" of firefighter schools.

But in late-March 2020, the school unexpectedly earned another distinction as being the site of one of the last pre-pandemic firefighter training sessions in the entire country.

On a cloudy Tuesday morning, firefighters from across the country were spread out across Gaston College's Regional Emergency Services Training Center.

The school teaches firefighters how to save themselves and their fellow firefighters in "maydays," a situation when a firefighter is in imminent danger and in need of immediate rescue.

More stories on WCNC: Young mother, 25, now on a ventilator with COVID-19

That day, firefighters were participating in grueling drills, including pulling downed firefighters out of windows and carrying firefighters down using ladders.

"Every other discipline we have is focused towards saving civilians, saving property," Jason Jefferies, a Charlotte firefighter and breathing equipment school instructor, said. "With this particular school, it focuses on us."

Jefferies said many of the drills are based on real-life situations.

"It takes 12 to 16 firefighters to remove one of us based on distance, based on obstacles, and based on the trouble the rescue teams themselves will run into," Jefferies said.

All the instructors are current or retired firefighters, and many of them have experienced maydays, including Jefferies.

"South Charlotte in 2008. I was pretty new to the department," Jefferies said. "We're working in the bonus room above the garage."

He continued, "We had a floor collapse so five of us trapped. Pretty bad day. We wound up making it though, so it was good."

But on the last day of the breathing equipment school's training session, President Trump announced a "mayday" for the United States, as he declared a national emergency for the COVID-19 pandemic.

According to the trade publication Firehouse Magazine, the North Carolina Breathing Equipment School may have been one of the last large-scale training events in the entire country.

But a pandemic doesn't prevent fires from occurring.

In fact, fire departments across the country saw house fires spike in the early months of the pandemic, which made training critical and forced schools to adapt to the pandemic.

The exercises are the same, but the number of trainees has been cut in half to allow social distancing.

No firefighters from outside the state were accepted into the fall session, and the self-contained breathing apparatuses (SCBAs) firefighters wear are more effective than a cloth mask.

"We're at a three-year waiting list for this school," Crisp said. "Cancellation is something we don't want to think about because that would obviously throw us back at least six months, if not another year."

A longer waitlist would mean more firefighters waiting longer to get training that could save their lives in a fire.

Before becoming an instructor, when he got trapped in that South Charlotte house fire, Jefferies was still on the breathing equipment school's waitlist.

"Actually, I had enrolled," Jefferies said. "I took the course probably two to three months after that incident."