Normally, the kids form bands and perform at Spirit Square in Charlotte. Thanks to COVID-19, that's not happening, but it doesn't mean camp is totally canceled. 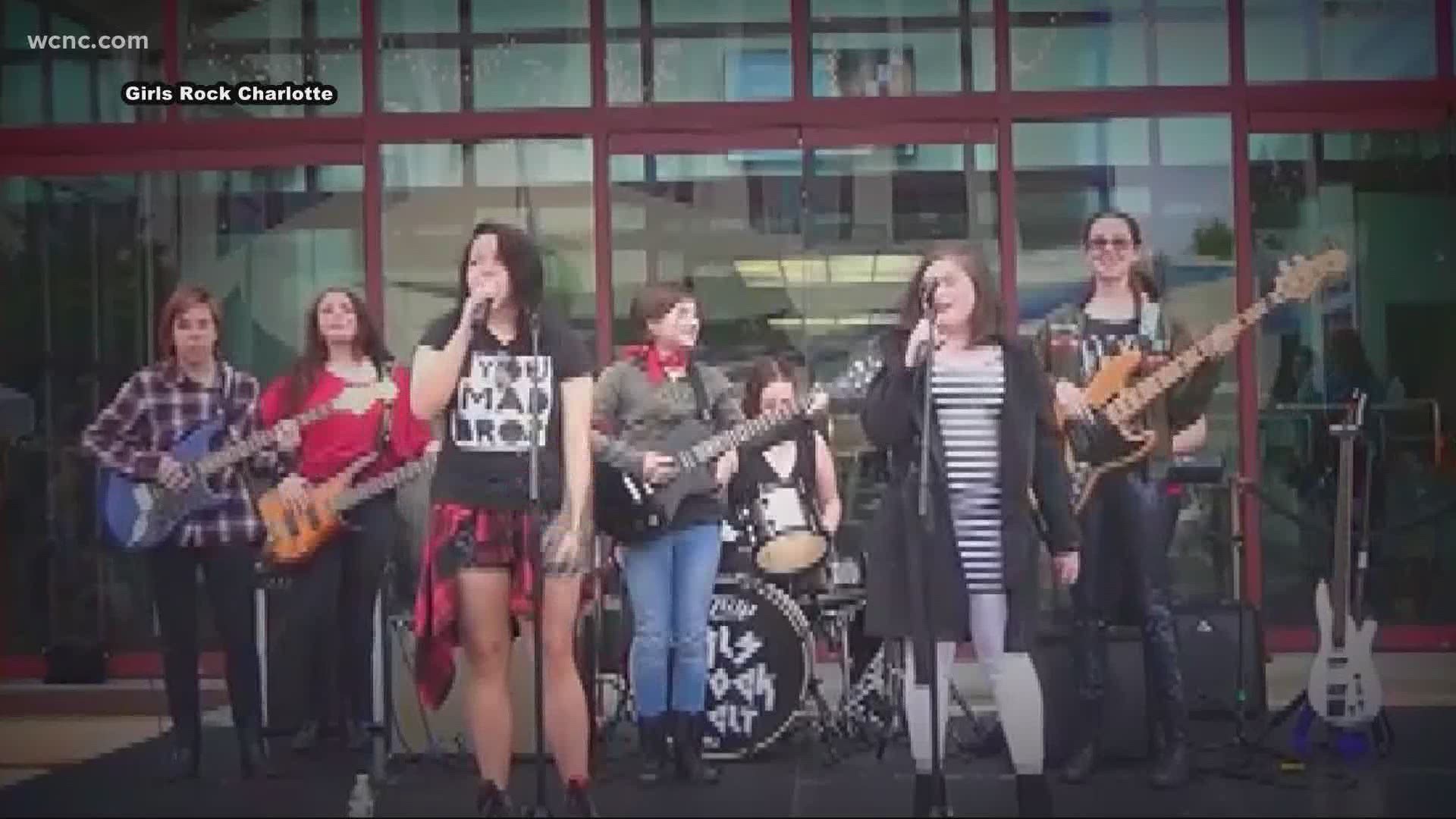 CHARLOTTE, N.C. — Camps across Charlotte are trying to figure out if they can go on as scheduled this summer as the coroanvirus pandemic continues.

Some have already canceled and parents are scrambling to figure out what to do with their kids. One popular camp in our area just canceled  but found a new way to get kids involved this summer.

Eleven-year-old Marlee Kahn was the lead singer of her own band at Girls Rock camp last summer and she was excited to get back next month.

Well, being around people is tricky right now.

The executive director of Girls Rock, Kelly Finley, and her team decided to cancel the summer camps.

“It brought tears to my eyes. We had to make that really really tough call but it was the right call sometimes the right thing is not the easy thing,” Finley said.

They wanted to make the decision early enough so families could plan. And make plans for Plan B -- a free online camp. You can find more information by clicking here.

“We’re going to have various things from music instruction to how you can DIY around the house with things you can find to some great conversations and activities and lessons on kinship," Finley said.

“I think that’s gonna be fun and I would like that,” Marlee said.

Marlee's mom is grateful. She was worried about sending her to camp right now anyway.

“I think virtual camp is a great idea. Of course they need the physical interaction, but the next best thing still allows them to socialize and be creative,” she said.

The CDC has issued some guidelines for camp directors as they consider whether to operate. One of the biggest challenges most face is how to maintain social distancing in a camp setting.