The Charlotte boy with an extreme form of dwarfism turned 5-years-old this week. 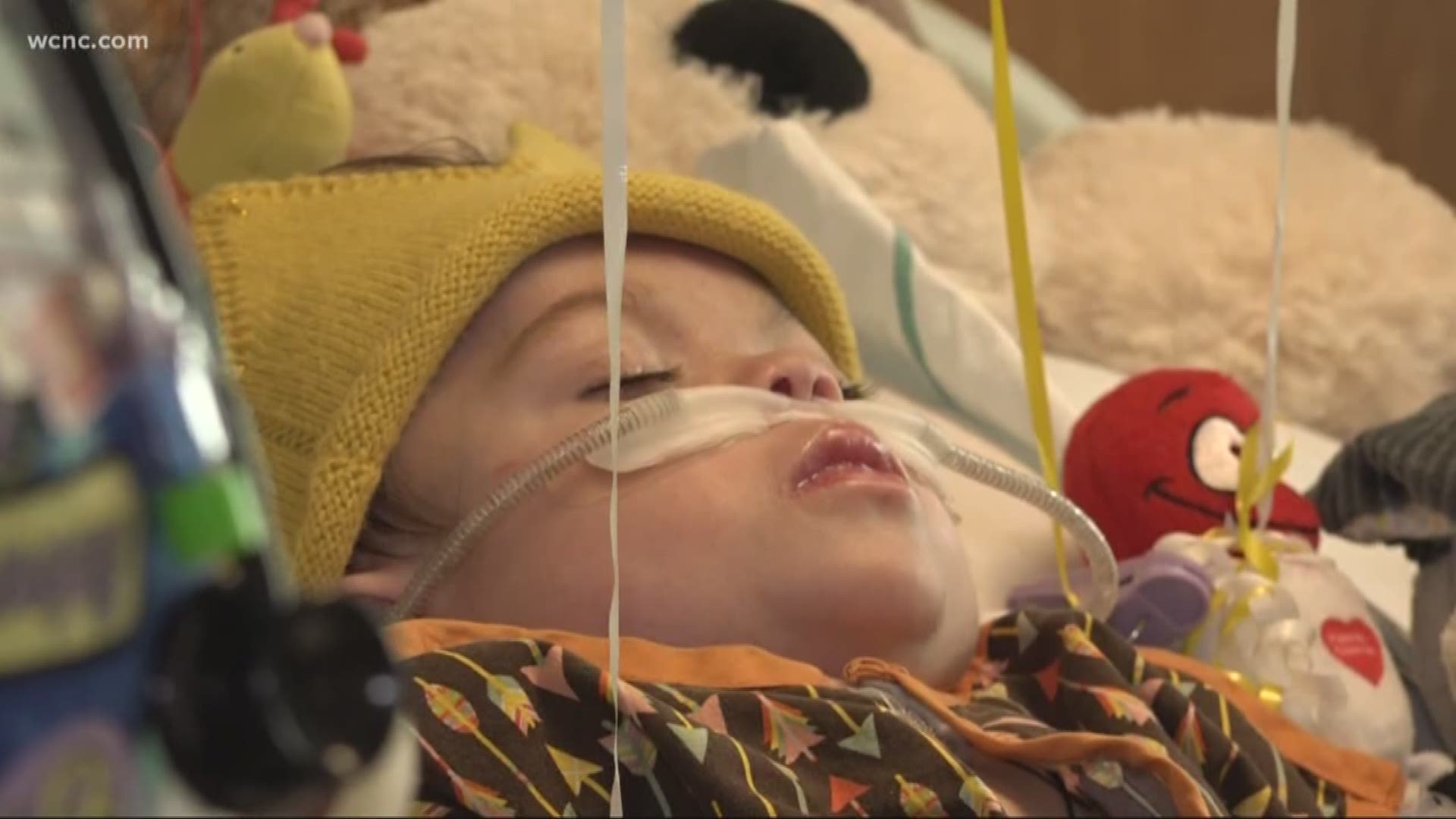 CHARLOTTE, N.C. — "Jude, this is all your birthday stuff, buddy."

It's a birthday doctors didn't expect.

When Jude Peters was born, doctors told his mom he'd be lucky to live two weeks.

Five years later, Jude's room at Levine Children's Hospital is decorated with balloons and stuffed animals. He was even visited by a therapy dog on Saturday.

"It's special. This is where we met Jude, and this is where we're celebrating a five-year milestone, a miracle," said Hannah Peters.

It's not where she and her husband, Sully, hoped to spend their son's birthday; Jude is battling a virus at the moment.

But it's where Jude was born, and his parents are just thankful he's still here.

Jude was born with an extreme form of dwarfism called type 1 RCDP. It's rare with fewer than 100 cases worldwide.

The disorder is also deadly. 25 percent of babies pass away during the neonatal period, 50 percent before age five. But Jude is one of the 25 percent -- labeled long-term survivors.

Jude's parents knew he was a fighter the moment he was born.

Doctors said he would only be about three pounds and probably wouldn't cry. But Jude proved them wrong, weighing in at six pounds and making his voice heard.

"When he was born, he kind of took a few seconds before he cried, but he threw his little head back, and it really was like a battle cry," Hannah Peters said.

"He's teaching us how to be strong, I think," Sully Peters said.

It's that strength that's turned Jude into a celebrity of sorts with more than 89,000 people following his journey on Facebook. They're known as Jude's Tribe.

"It just blows us away how people love him, and the updates," said Sully Peters.

From his doctors and nurses to complete strangers, Jude has touched countless lives. His mom and dad don't know how long they'll be able to hold him in their arms, but they're grateful for every moment.

"We decided that we weren't going to put an expiration date on Jude, that we were going to let him write his own story, and he has. He really has," Hannah Peters said.

A story that despite difficulties is full of smiles because as his mom and dad say, Jude is joy.