During a visit to the Queen City, Shriver had a very open talk about her divorce, fleeing the California wildfires and why women need to take charge of their health. 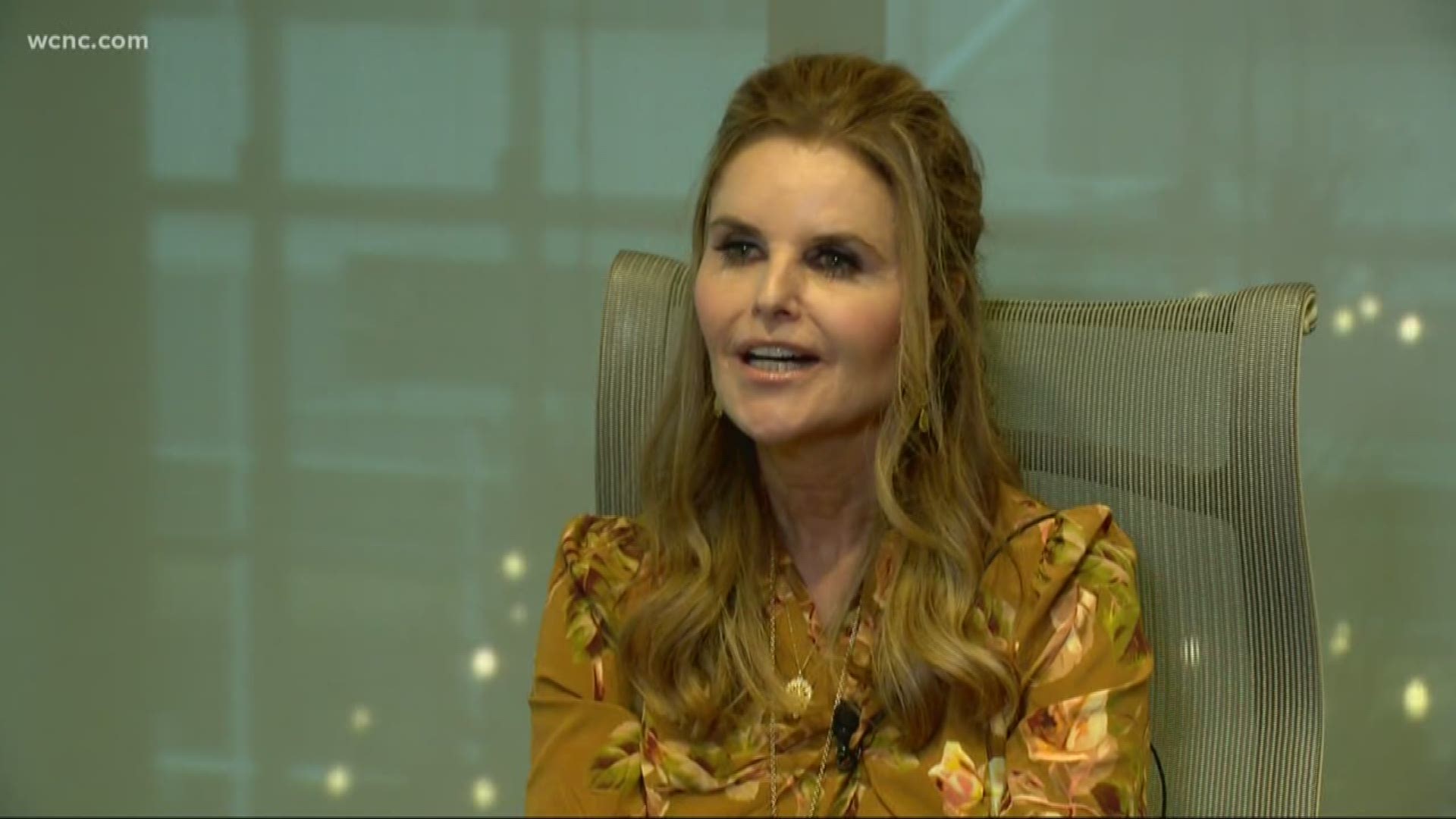 CHARLOTTE, N.C. — Maria Shriver is a woman on a mission, and she brought her fight to Charlotte on Wednesday.

She was in town to talk about Alzheimer's and how the disease disproportionately attacks women.

Shriver sat down exclusively with NBC Charlotte Defender Michelle Boudin for a very open conversation about life after a broken marriage, fleeing the L.A. fires in the middle of the night, and why women need to take charge of their health.

Shriver was forced from her home earlier this week because of the Getty fire.

"It was in the middle of the night and they’re like mandatory evacuations ready set go and I was like, what? But I got out," she said.

There was almost no time.

"You can’t take anything. You have 10 to 15 minutes so I grabbed my kids, thank you notes, which are in a bag, and a photo of my family and my dogs," she said.

Shriver came to Charlotte to lead an important conversation about a cause she cares deeply about.

"My dad had Alzheimer's, he died of Alzheimer's, and in that journey with him, I came to realize women were disproportionately impacted and no one was talking about it," she said.

"This movement was born from the ground up to make women armed with information – to make them CEOs of their own health," she said.

RELATED: Company says it will seek approval of Alzheimer's drug

RELATED: Seniors fooled by scams could be sign of dementia risk

The award-winning author and journalist, frequent TODAY Show host, former first lady of California, and mother of four is all about female empowerment.

"What the world needs is more people doing what they love. I love journalism, I love to write, I love to push the needle on an issue people aren’t thinking about," she said.

Shriver admits it’s taken a bit to get to the place of contentment she’s in now, including weathering a very public divorce and losing her mom -- her best friend.

"I think I struggled to find my footing with her and after my dad died, after my marriage ended, and now I feel like I like who I am, proud of what I’ve been through, and that I’m standing."