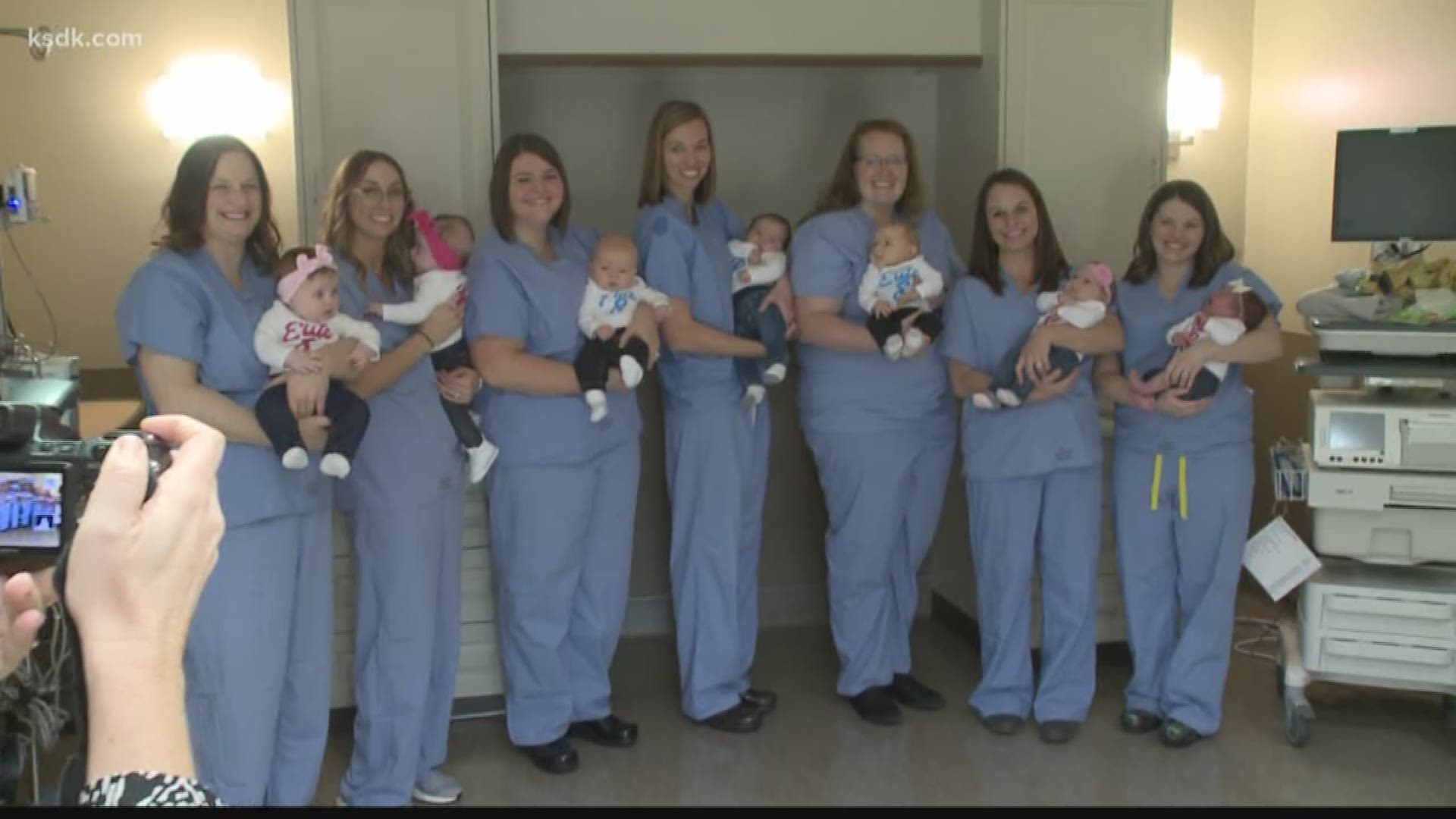 ST. LOUIS - Last summer, something was in the water at Anderson Hospital.

Pregnant nurses took a photo that got plenty of traction on social media.

Now, we have an adorable update to that story.

Last August, we visited Anderson Hospital to interview 8 nurses – all ready to bring their own babies into the world

"We would tell one person and then we would slowly find out someone else was pregnant, and another person."

"Who drank the water next?"

The nurses all work in the same department and specialize in labor and delivery as well as newborn care.

They snapped this photo, featuring 7 of the 8 nurses, posted on social media- and it took off.

RELATED: Is something in the water at Anderson Hospital in Maryville, Illinois?

It was the perfect story for me to tell as a reporter because I was 9 months pregnant at the time.

Fast forward 4 months later, all babies have been born, and these nurses are recreating the photo--- this time with their little ones in tow.

The babies are known as the Elite 8.

“We decided with them being 8, did the elite 8. My sister did onesies for it. We have numbers on the back as well, so we know what order they're in.”

While these Anderson Hospital nurses all bonded over things like pregnancy cravings before, now they bond over something different.

“I think I can speak for all of us when I say we need more sleep. ha ha ha.”

While sleep isn't perfect, these before and after photos certainly are.