Spreading cheer to all who are near. The #NYCTreeGirls dressed head-to-toe as Christmas trees will be on Facebook live starting December 29th to spread joy. 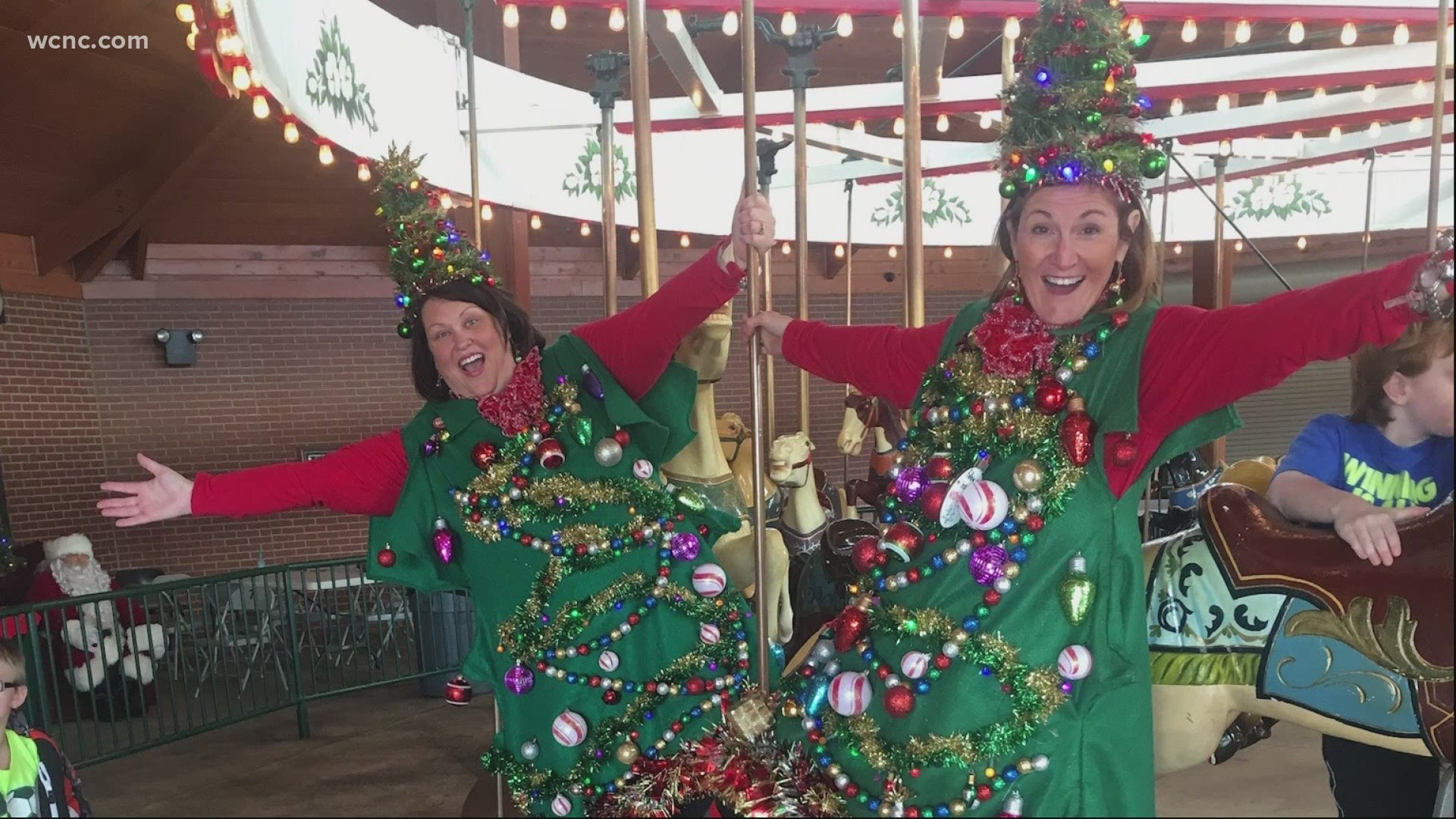 CHARLOTTE, N.C. — From tree-shaped hats to lights and ornaments, Carol Anne Hoard and Tisha Dedmon are still using their Christmas tree costumes as a way to putting smiles on as many faces as they can this holiday season despite COVID 19.

“We always say the taller the hat the closer to God, Hoard said.

For the last six years, both Shelby women have traveled to New York City during the holidays as a way to cope with the sadness of their own.

“We basically started as a way of bringing joy to ourselves but then it turned into something different," Dedmon said.

RELATED: NC sets a new COVID-19 record high. It's not even Thanksgiving yet.

It all happened around Christmas years ago but instead of grieving, they turned their pain into costumes in hopes to change their outlook on life yet spread cheer to others.

“It’s also important for people to know that if you live through something horrific tomorrow is a new day and things are going to get better," Dedmon said.

Since then, the two have been spreading that same message all across the country ever since they first became friends.

The Shelby women have also made an appearance on the Today show while in New York.

This year COVID-19 is forcing the duo to reroute.

You won’t see them in NYC but their goal will remain the same on their new venture.

“We’re doing a road trip so we can be safe and we can keep other people safe," Hoard said.

Carol Anne and Tisha are planning to host a virtual road trip on Facebook live starting Dec. 29 while showcasing their new jewel-themed Christmas costumes. The hope is to brighten someone else’s holiday this year for the better.

“If it puts a smile on somebody’s face and they can quit thinking about what’s going on in the world in their problems and they can laugh and smile that’s one thing," Hoard said.

RELATED: Doctors say take precautions for a safer Thanksgiving during the pandemic