Washington Heights was formed back in the 1900s and historians believe it was one of just a few Black streetcar suburbs in the country. 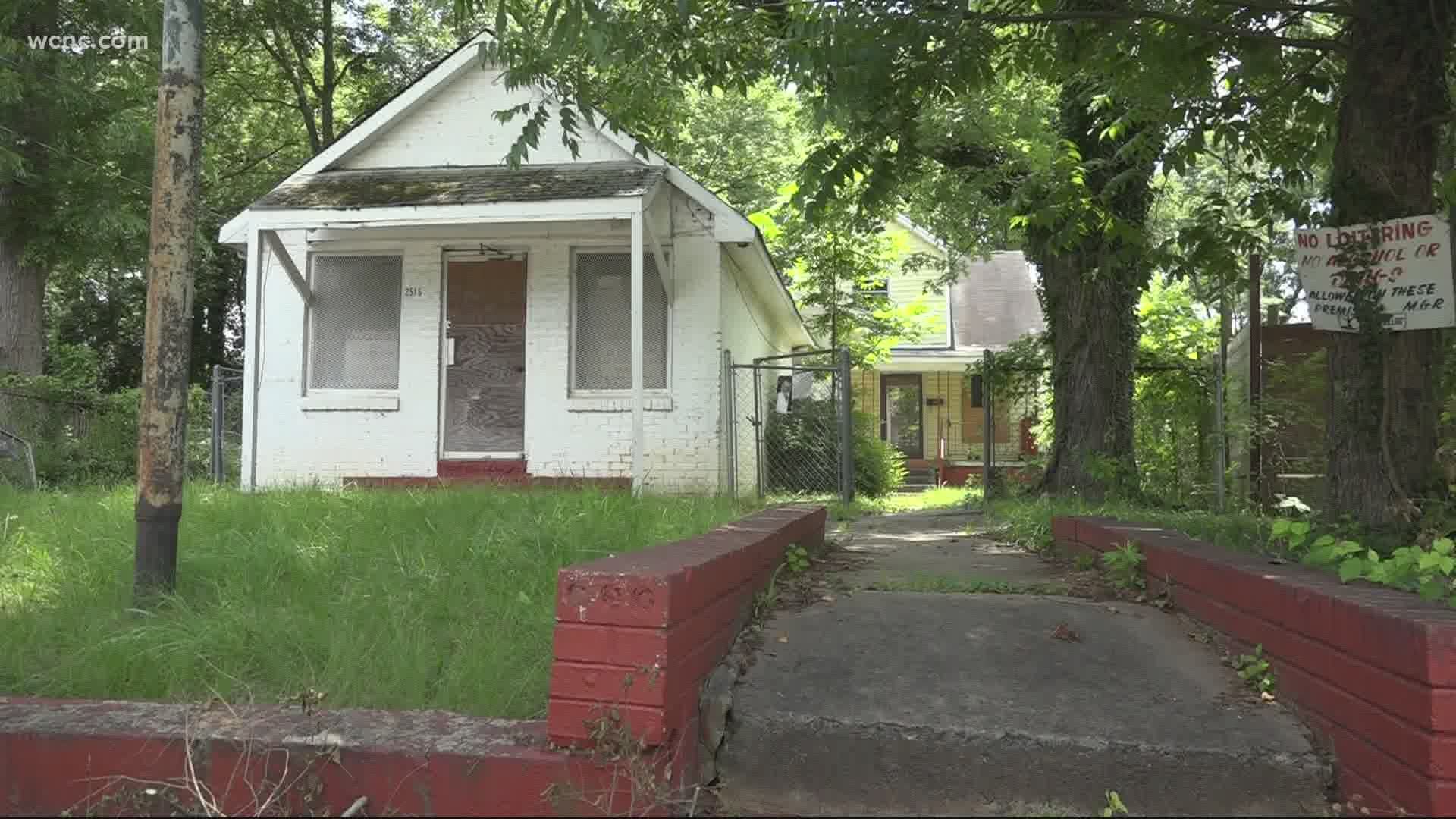 CHARLOTTE, N.C. — Unlike much of Charlotte that has been bulldozed to make way for something new, preservationists are hoping to bring new life to an old building in West Charlotte.

Washington Heights was formed back in the 1900s and historians believe it was one of just a few Black streetcar suburbs in the country.

“Grocery stores were very intimate, small, places embedded in a neighborhood and during the days of segregation that was one area that an African-American businessman could run his own business,” said Dr. Dan Morrill, former Director of the Charlotte-Mecklenburg Historic Landmarks Commission and co-founder of Preservation Mecklenburg.

“And it was more than just a place to get groceries, it was also a place to meet people, to talk,” he said, noting that even during the days of Jim Crow, an African-American grocery store also served as a safe haven.

Dr. Morrill said the store has sat vacant for years but was recently put on the market. When potential buyers wanted to tear it down, Dr. Morrill said that’s when his private non-profit, Preserve Mecklenburg stepped in.

"The owner deserves so much credit because he wanted this building saved and he could have made more money off this property than selling it to us,” said Dr. Morrill.

So, what will its future hold?

Dr. Morrill said his non-profit will put a preservation easement on the property and have design review over changes to it.

“The building will definitely be preserved, but that’s the limit of our purpose. The purpose of what it will be used for in the future is going to belong to the new owner,” he said.

“A coffee shop or some other small restaurant or even to turn it back into like a small corner store kind of thing with groceries," said Greg Seraydarian, who recently moved into a home across the street from the vacant property. "I think that would be really cool to have in the neighborhood."

“It gives you a place to maybe meet neighbors. It’s nice you know walking up and down the street, but someplace to congregate and get to know people better would be a really nice addition to the neighborhood,” he said.

An old building that could soon bring new life and a new sense of togetherness to this historic Charlotte neighborhood, and even though it will soon be back up for sale, it now can’t be torn down.