'It's still tough to deal with' | 8 years later, Charlotte community remembers the life of Jonathan Ferrell

The 24-year-old's shooting death by a CMPD officer back in 2013 is continuing calls for justice and police accountability. 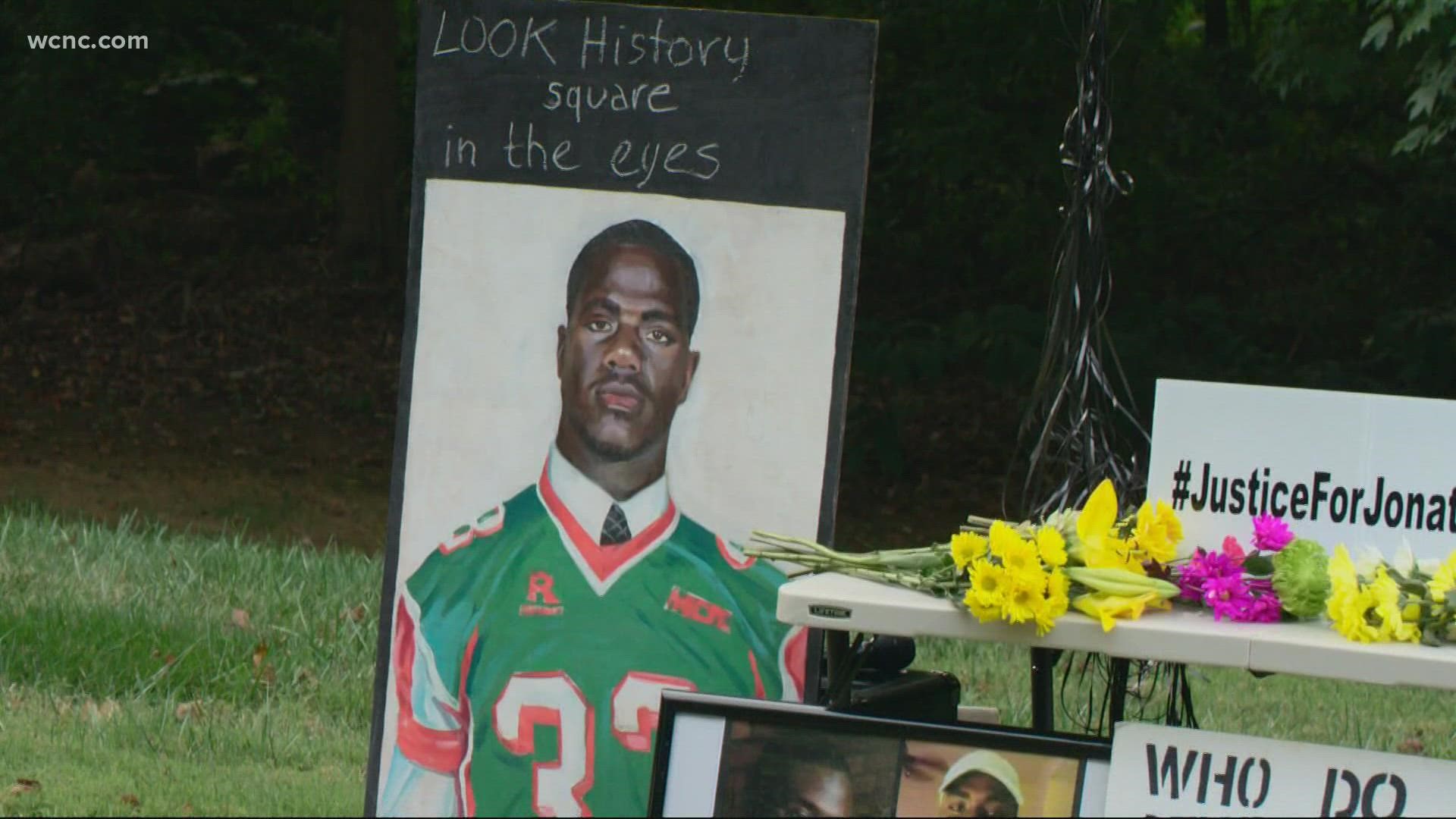 CHARLOTTE, N.C. — Cries for justice and remembrance were made loud and clear, even eight years after the shooting death of Jonathan Ferrell.

Family members say the loss of their loved one -- who was unarmed at the time when he was shot 10 times by a CMPD officer and killed back in 2013 -- at times still feels like a fresh memory.

“You learn to live with it, but it’s still tough to deal with it," brother Willie Ferrell said.

Tuesday evening, members of the community gathered to not only honor Ferrell but also continue to advocate for greater police accountability in his killing.

"His case we really thought we were going to see justice and what we saw was anything but that," Kass Ottley with Seeking Justice Charlotte said.

The case ended in a mistrial and the family was awarded more than a $2 million settlement. Yet community activists are calling for more action and are seeking solutions.

“Me personally, I‘m tired of waiting," Ottley said. "We talk about the inequality, the bias system, we talk about all these things so we know they’re here but we don’t do anything about it.”

Last year, Charlotte City leaders approved the 8 Can't Wait Initiative as part of its police reform plan, but the national George Floyd Justice in Policing Act is still not law.