Charlotte needs more housing vouchers, but has history to overcome 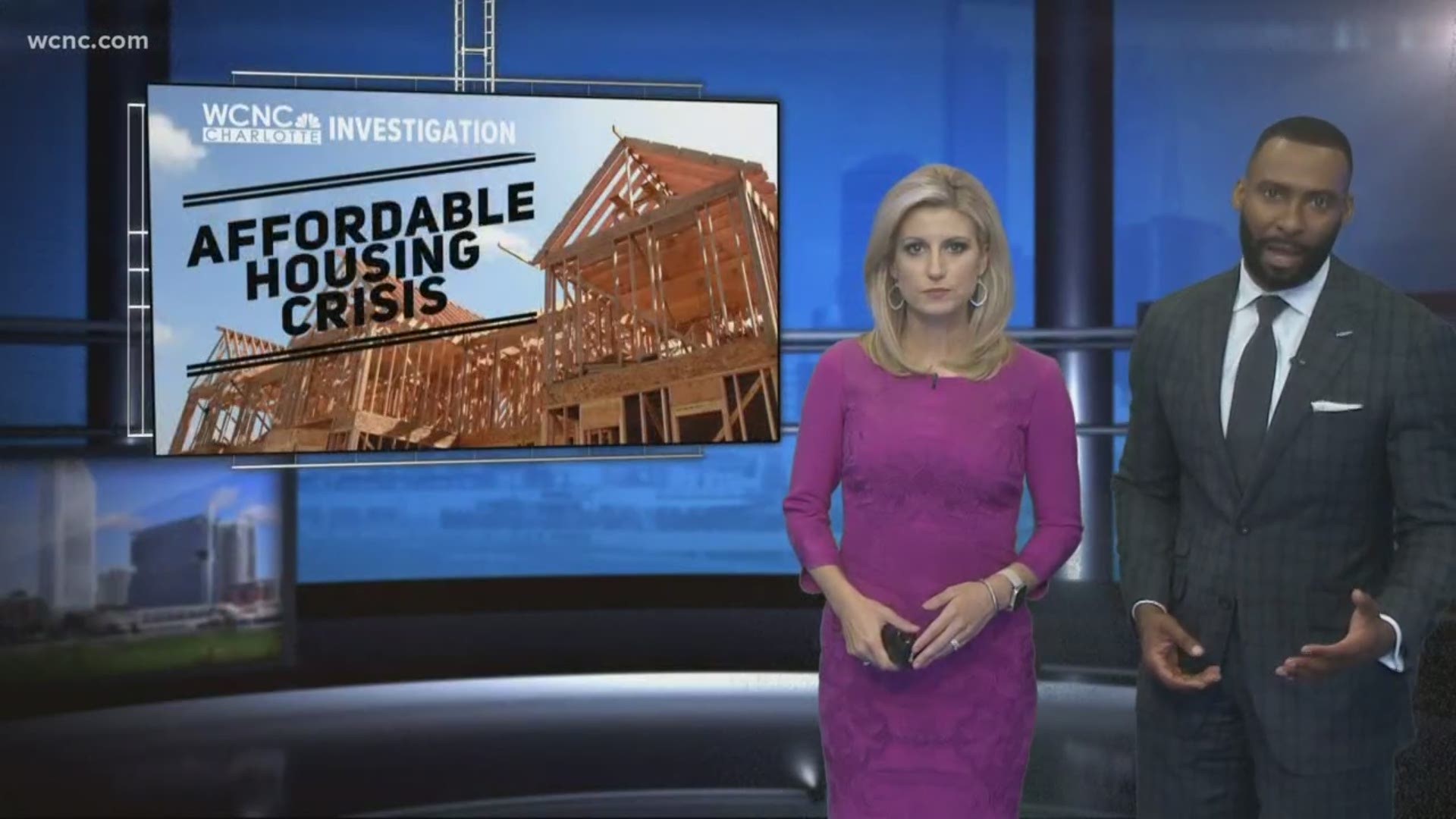 CHARLOTTE, N.C. — They're proven to sharply reduce homelessness, pull people out of poverty and help families move to safer neighborhoods, but a review of federal records shows the nation's largest rental assistance program is helping fewer low-income families in Charlotte than other places.

U.S. Department of Housing and Urban Development records show Charlotte, one of the largest cities in the country, receives far fewer government housing vouchers than dozens of other cities, many of them smaller than the Queen City. The discovery comes as NBC Charlotte works with other local media outlets as part of the Charlotte Journalism Collaborative in search of solutions to the city's affordable housing crisis.

As of Thursday, more than 13,000 people currently sit on a waiting list for a Housing Choice Voucher in Charlotte. For most of those people, there is almost no hope, because there are so few vouchers to go around. The Charlotte Housing Authority reports it hasn't received new traditional housing vouchers in more than 20 years.

The lack of vouchers hurts people like Latoya Wilson. From sunrise to sunset, the single mother is trying to build a life for her family.

"I cook every day, I work eight hours, I ride the bus two hours every day to and from work," she said during break at her job. "I lived in a hotel for three-and-a-half (years). I stayed in boarding homes."

Unfortunately, she can't catch a break. She's one of 200 forced to find new homes after Lake Arbor started kicking tenants out of the rundown apartment complex to make way for renovations.

"It's depressing, because I don't know where me and my children are going to live," she said. "This is urgent."

Wilson might be in a better position if she received a housing voucher to help pay for rent. She said she applied for one many years ago.

Just like the thousands of others who sign up, she's learned receiving a voucher is a long shot. The ones who are lucky enough to get one wait five, six and even seven years. It all stems from decisions made decades ago.

Newly obtained federal housing data show less than 8,000 housing choice voucher units leased since 2018 in Charlotte, which is 45th in the country for the nation's 16th largest city. Charlotte's leased almost 5,000 less than similarly sized Columbus, Ohio and less than smaller Portland, Louisville and Rochester too.

Per capita, it's even worse. Roughly 900 units leased for every 100,000 people in Charlotte, which is much less than dozens of small, medium and large US cities.

CHA reports every time HUD has allowed agencies to apply for more vouchers, the agency has, securing 632 new vouchers since 2009. Porter said those vouchers are earmarked for people with special circumstances like veterans and those with disabilities, not the general population.

"We're in a fight with everyone else in the country," she said.

According to HUD, the HCV Program has around 2.55M allocated units with Charlotte administering approximately 8,400 units. HUD records show over the last 15 years, the number of vouchers available nationwide has remained relatively unchanged. Any new federal funding mostly covered increased rents, not new vouchers, which means as the demand grew higher in Charlotte, new vouchers from Washington remained hard to come by.

"To be that low on the list. How is that? How does that happen?" we asked.

"That is a question for HUD," Porter replied.

We asked HUD. A spokesperson said generally, the federal government gave housing authorities an original allotment of vouchers decades ago based on community needs at the time. While that allotment perhaps was enough back then, it is not nearly enough today. Knowing that, CHA has changed its approach in recent years to try and help people find housing by pushing for more local solutions rather than federal help.

Latoya Wilson's history is full of challenges. Her latest challenge came after checking on the status of her voucher wait. Wilson said her transient lifestyle ultimately cost her a chance at a voucher.

"I was taken off the list because I didn't change my address," she said. "This was like a kick in the a**."

RELATED: Family forced to move to Gastonia after new zoning law in their neighborhood

RELATED: Housing voucher holders could get more time to use government assistance under proposed change