The Cold Mountain Corn Maze is designed to look like Riley Howell when viewed from the air. 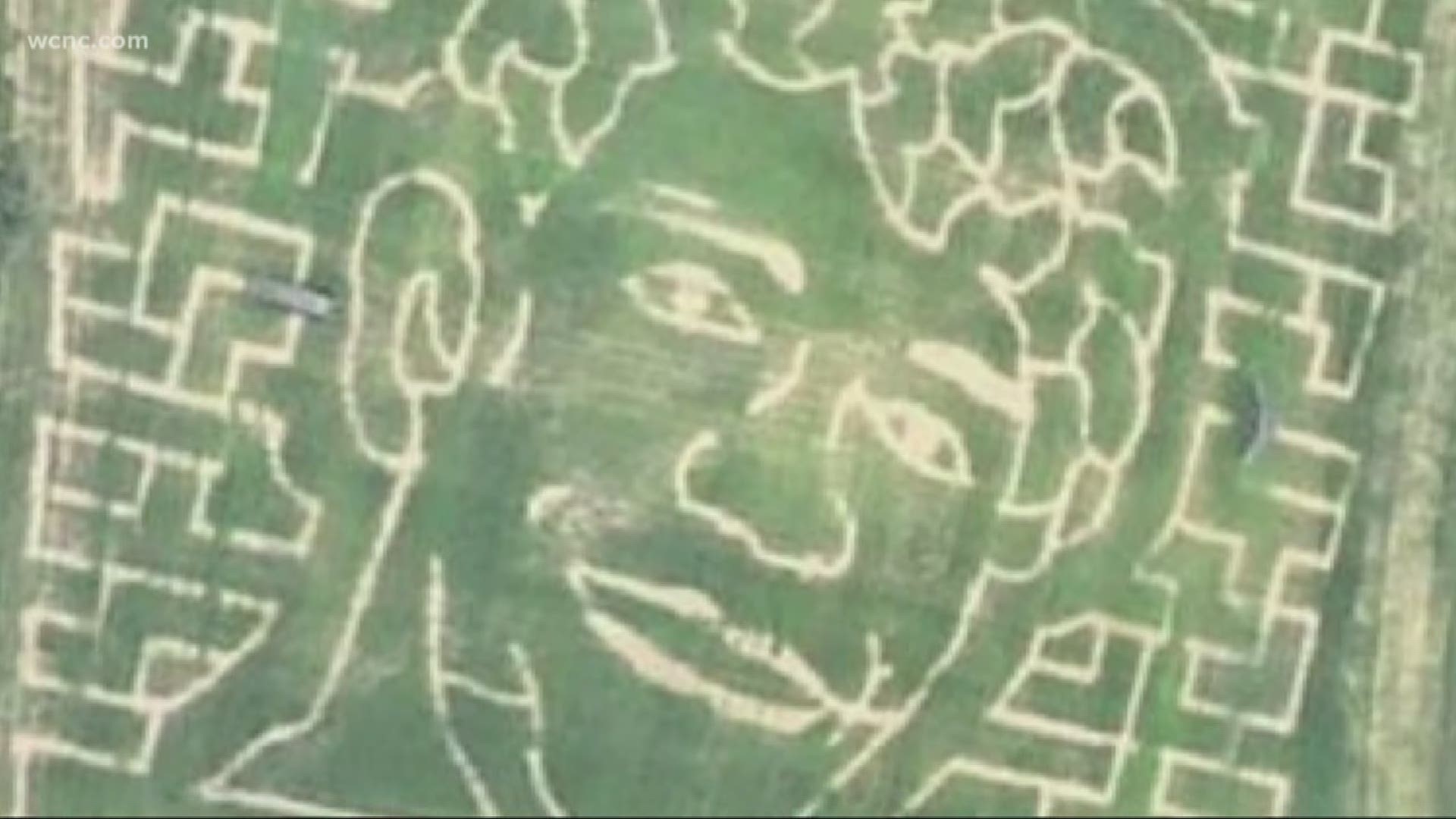 CANTON, N.C. — A corn maze dedicated to Riley Howell, the UNC Charlotte student credited with sacrificing his life to stop a gunman in his classroom, opened last weekend for the fall.

Located on five acres in Haywood County, Skipper Russell has tended and changed the design of the maze every season for 15 years.

He designed the maze to look like Howell from the air after the student, a Haywood County native, prevented a gunman from harming more people in his UNC Charlotte classroom back in the spring.

The Riley Howell Foundation will receive a portion of the money the maze will raise.

The maze is closed Mondays and Tuesdays and is open through October.