D.C. Police said the four-year-old was crossing the street outside of a marked crosswalk near the corner of Georgia Avenue and Kennedy Street Northwest. 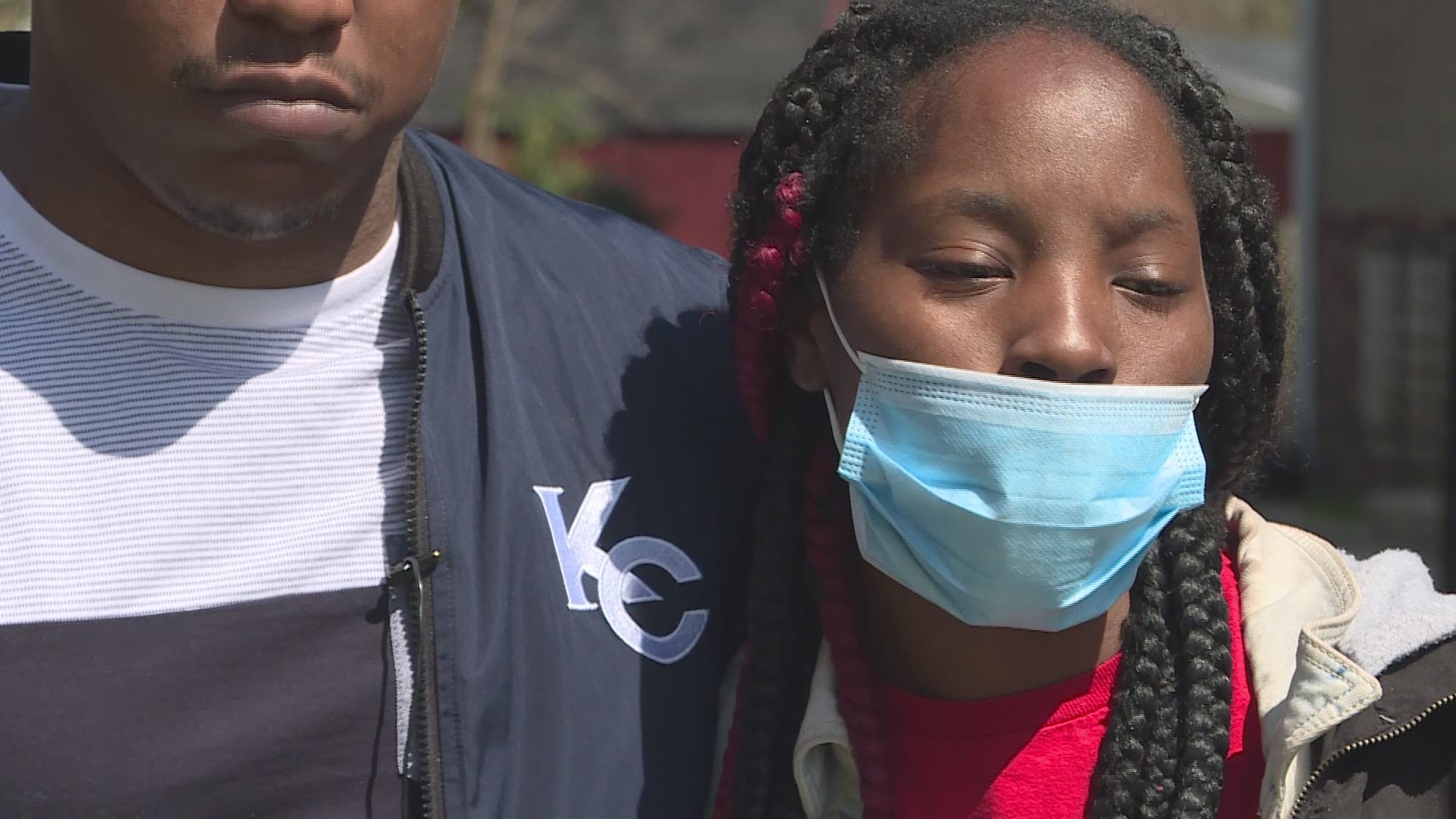 WASHINGTON — The mother of four-year-old Zy'aire Joshua is pleading for safety upgrades after her son was hit and killed by a car Thursday afternoon near the corner of Georgia Avenue and Kennedy Street Northwest just before 3:30 p.m.

D.C. Police said the four-year-old was crossing the street outside of a marked crosswalk when he was hit.

Zy'aire's mom, Shaquan Smith, said the walk sign had turned on, indicating it was safe for pedestrians to cross. Smith said she was walking across the street with her new baby in the stroller, five-year-old at one side, when she watched in horror as the car hit Zy'aire and dragged him down the street.

WUSA9 reached out to D.C. Police about what the mother had told our station, but they did not provide further specifics about why its department said about the child reportedly crossing the street outside of a marked crosswalk.

Zy'aire's uncle, Donald, said he has a five-year-old son that used to play with Zy'aire all the time. So, when he heard the news about his nephew, his heart shattered.

Both he and his sister are frustrated that more safety changes weren't installed along Georgia Ave. before Zy'aire's death.

“They need to do something about that speeding and put some cameras and speed bumps so this doesn’t happen to another child," Smith said. "These are innocent kids who are only four or three years old and have a whole life ahead of him."

Her brother, Donald, is pleading for the government to take action now.

"Please do something about it, we're begging you," he said. "We don’t want to see another mother, another family, grieving over a child passing because of someone speeding on their street.”

RELATED: DC community leaders call for safety upgrades to Georgia Avenue after 4-year-old hit and killed by a car

4-year-old Zy'aire Joshua's mom talks after her son was hit by a car and killed Thursday afternoon...as she was walking with him and her 2 other kids.

RELATED: 'I knew the baby was gone' | 4-year-old child dies after struck by car in Northwest DC

Right after the crash, Smith said she ran to Zy’aire, even trying to lift the car off of him. But, as officers tried to perform CPR, she said she knew he wouldn't make it just by looking at him.

“My mind, my body will not let me accept that Zy’aire is gone," Smith said. "I know my baby is still here. I know I have a good angel watching over me.”

She and her brother, Donald Joshua, said they're confident Zy’aire is in heaven with their other relatives, smiling down on both of them. Smith said she could feel him around her Sunday.

“A beautiful heart. A beautiful soul. Such a loving person. Was always smiling," she said.

In the meantime, Smith said she is trying to remain strong for her new baby son and five-year-old daughter ... as she remembers the son she lost days before Easter.

She said as much as it hurts to think of him, she can't help but smile about the impact his life made in just four years.

Zy'aire's uncle said whenever he walked into a room, they could feel his presence.

"You knew Zy’aire was there," he said.

The memorial set up at the spot where her son was hit has been steadily growing since Thursday.

Credit: Shaquan Smith
4-year-old Zy'aire Joshua was hit by a car and killed near the corner of Georgia Avenue and Kennedy Street NW Thursday afternoon.