As a boy, Joshua Miller was diagnosed with Lyme Disease by a doctor from St. Jude. It makes his upcoming trek to Nashville something of a homecoming. 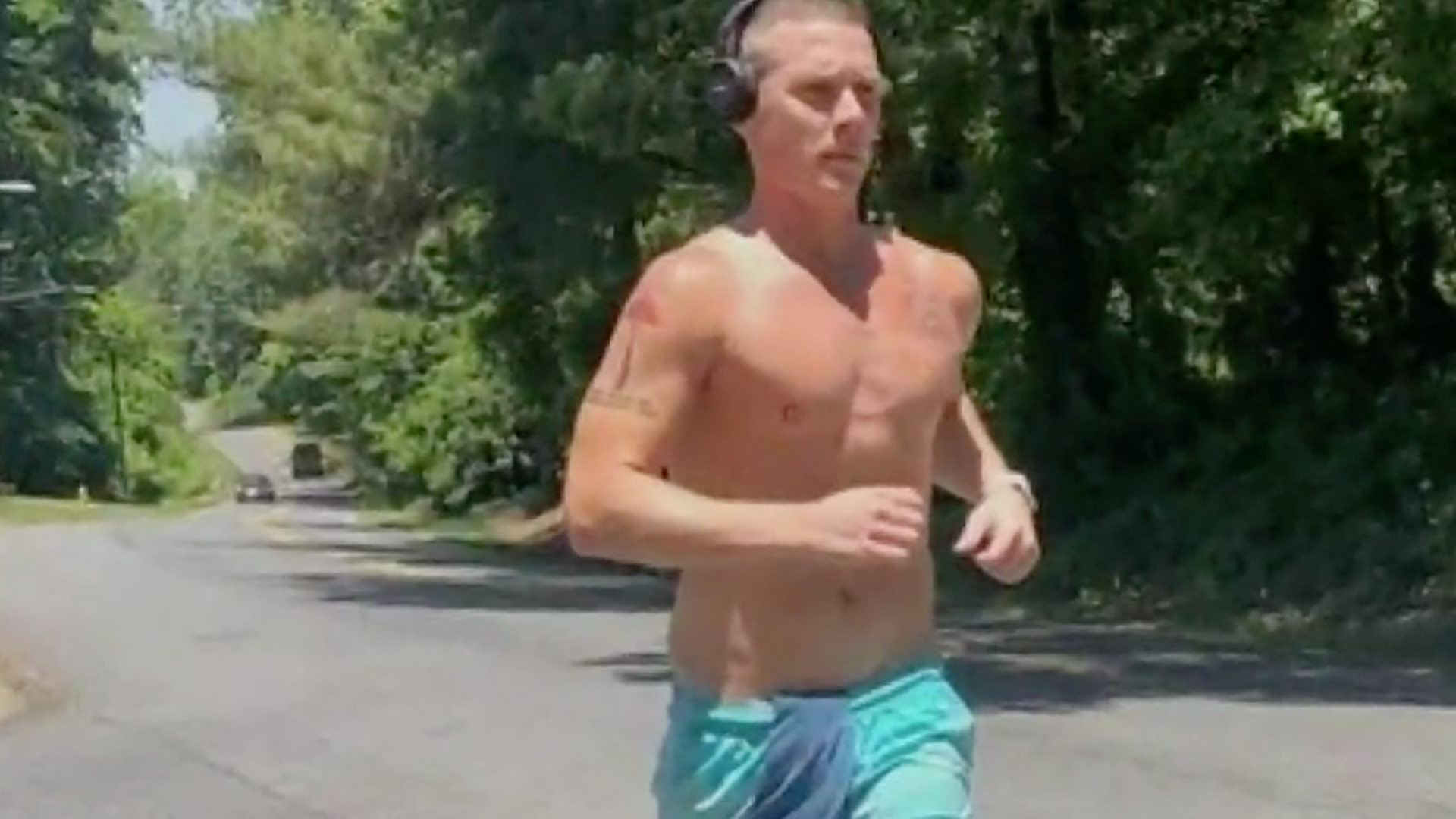 CHARLOTTE, N.C. — Say you spend six months preparing to run a marathon - only to have the marathon canceled. What do you do? A Charlotte man decided to run it anyway, and now he's planning to run all the way to the original finish line, which happens to be all the way in Nashville.

Miranda and Joshua Miller are a couple on the go. With Joshua often away on business, it's all they can do to touch base, let alone plan a marathon.

“I am excited about it I’m a little nervous 'cause I’ve never run so many miles in such a short amount of time" said Joshua Miller.

For years, Joshua has run the St. Jude Marathon in Nashville. It was scheduled for April 25 but was canceled due to the coronavirus.

So on that day, Joshua ran 26.2 miles anyway. But that wasn't enough. Now, Joshua wants to run from Charlotte all the way to Nashville.

“It’s 410 miles to get there he needs to run about thirty miles a day," said his wife Miranda.

“I’ve never run 30 miles a day for 14 straight days and I don’t quite know how to prepare for it," said Joshua."But its something that I think I can do and I think it's worth doing to raise money for such a noble charity.”

And it's a charity Joshua has a history with.

As a boy, he was diagnosed with Lyme Disease by a doctor from St. Jude. Which makes his upcoming trek to Nashville something of a homecoming.

But he won't be doing it alone. His whole family is tagging along in an RV. That's a marathon in itself. Just ask Miranda.

“Yeah he’s going to be running and doing a ton of work but I’m the real hero —no, just kidding,” Miranda joked.

Jokes aside, everyone's excited about the trip, even the guy who's got to do it one foot at a time.

"If this is the worst pain I’ve feel, I’ll be blessed,” said Joshua.

Joshua Miller and the rest of the family plan to head out for Nashville on May 31. They hope to arrive in Music City two weeks later.

President Trump threatens to take the RNC from Charlotte. These other places have responded.