"This has pushed me so far out of my comfort zone, its almost like I’m a new founder again," Michelle Buelow said. 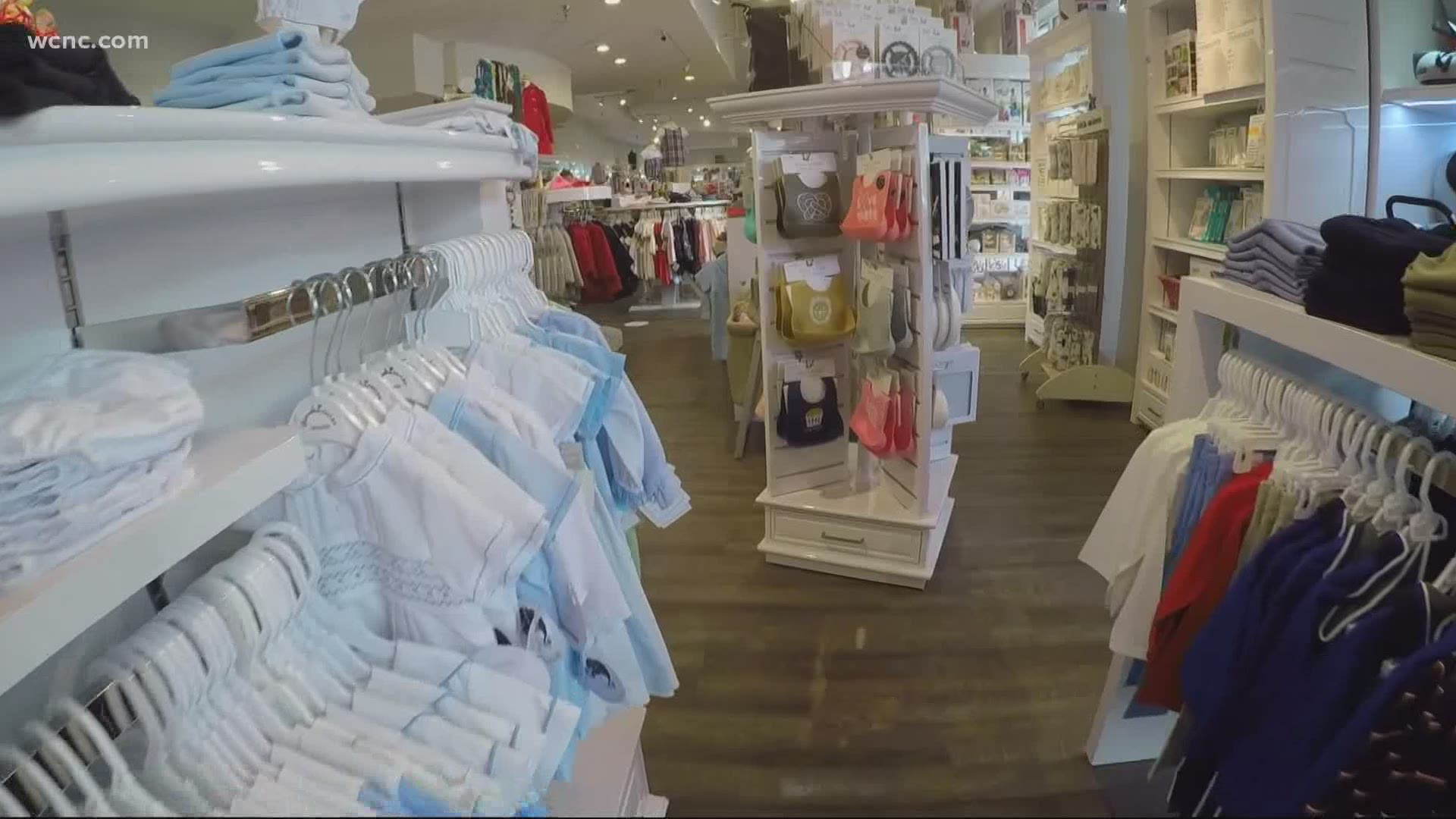 MATTHEWS, N.C. — There’s no question retail has been hit hard in this pandemic. One of the biggest businesses in the baby industry is based in Matthews and the owner said they’ve had to get very creative to keep sales on track- but it’s a struggle.

Bella Tunno makes baby accessories that are so popular they’re sold in major stores and small boutiques across the country, but they’re in survival mode right now, having to figure out new ways of doing business.

You’ve no doubt seen the headlines — retail giants filing for bankruptcy —  as the pandemic continues to wreak havoc on the economy.

Michelle Buelow is the owner and founder of Bella Tunno, sold in major stores like Target and Buy Buy Baby and thousands of small boutiques across the country.

“We have certainly been impacted, it’s really tough times and retail is certainly one of the toughest industries to be in," Buelow said. "We're in survival mode but at the same time ... it's forcing us to be smart and clever and scrappy.”

The boutiques that sell Bella Tunno are struggling, and that means they’re not placing new orders.

“They’ve really been hit hard and that’s been the biggest challenge," Buelow said.

So far, Buelow said their sales are steady, but she worries about the next two quarters.

"Certainly a lot of businesses are going to close but the ones that make it, it's going to be a new way of doing business," Buelow said. "We're just trying to learn as much as we can.”

Before COVID, 90% of their sales were wholesale to the stores that sell their products. Now, they're boosting their online presence and have seen a 200% spike in website sales.

“I feel like I’m being challenged so much," Buelow said. "After doing this business for 15 years you figure out what works, go with it, get narrow in focus, stay in your lane and this has pushed me so far out of my comfort zone, its almost like I’m a new founder again.”

A founder with a mission that she says keeps her entire team of all women more focused than ever. Bella Tunno donates one meal for every product sold — 4.5 million meals to date.

Bella Tunno actually recently won a major certification in the business world — they were basically noted as being as much about profit as they are about philanthropy and giving back.