‘Not all officers are the same’ | Mt. Holly woman recalls traffic stop with Officer Tyler Herndon weeks before his death

Kendra Hunter said the comforting and genuine interaction with Officer Herndon helped to change her perception of police officers. 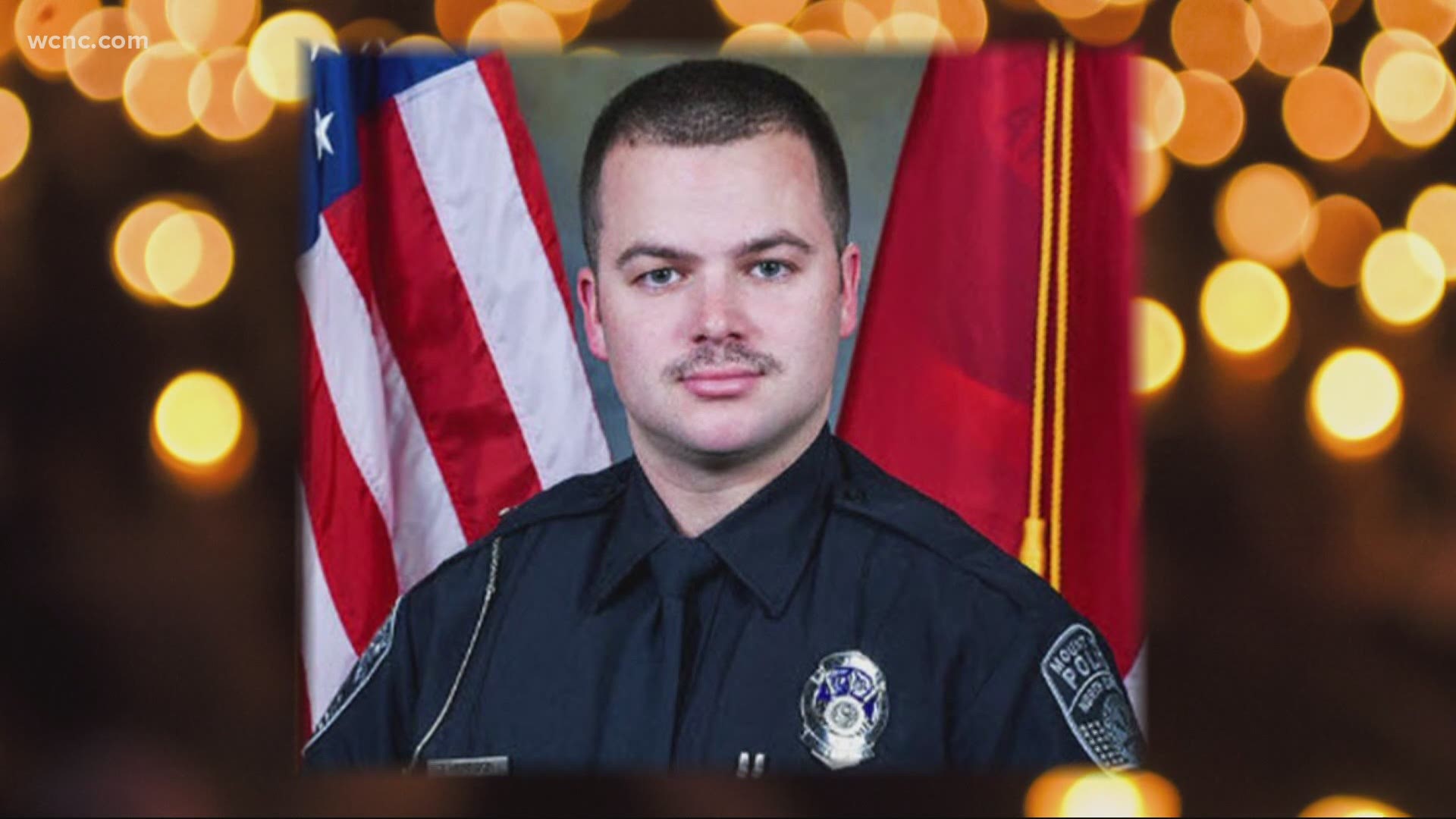 MT HOLLY, N.C. — Nearly a month before the headlines were filled with Mount Holly Police Officer Tyler Herndon’s name following his tragic death in the line of duty, one woman says she met Officer Herndon under different circumstances -- and the encounter changed her life.

Kendra Hunter said she was involved in a traffic stop with Officer Herndon when he had reason to believe her car was stolen and her inspection tag expired.

Immediately, Hunter said she felt hesitant and uneasy at the sight of blue police lights. Her cousin died while in the custody of the Charlotte Mecklenburg Police Department, she said.

“I was speaking to him through the window,” Hunter said. “I was like, I’m not rolling my window down because I didn’t do anything and I don’t feel comfortable.”

In return, she said Officer Herndon was more than understanding.

“He was like, ‘No problem -- I’ll just stand back’” Hunter said. “He was like, ‘Ma’am I’m not going to hurt you. My deepest condolences about your cousin.’”

Hunter said those words of genuine comfort coming from a police officer changed everything for her.

“He showed me not all officers are the same,” Hunter said. “To him it’s not about racism, to him all lives matter.”

After proving she was in fact the car owner, Officer Herndon left her go with a simple citation for the inspection.

This week she went to court to pay the fine but was met with a surprise.

“She said, 'Hold on you don’t owe no fine. Your case has been dismissed,'" Hunter said.

The court clerk explained other officers had taken over Officer Herndon’s open cases, but for some reason Hunter’s case was different. Hunter calls it “angel-sent.”

“I’m like, (he's) thinking about me today, and I actually paid it forward and brought somebody lunch with the fine money I planned to use,” Hunter said.

She also plans to take that service a step further with her own non-profit called Kendra With Kindness Foundation and help offer members of her community food, supplies and financial assistance.

“I look forward to serving my community and keeping his memory alive,” Hunter said.

She said she plans to forever keep burning her blue porch light in Officer Herndon’s honor.

RELATED: 'Never experienced anything like that' | New details in investigation after shooting death of Officer Tyler Herndon