Mystery illness: Woman who thought she had COVID-19 took 3 tests in 2 months. They all came back negative.

“I had a really sudden fever,” the Rock Hill woman said. “I had a lot of coughing, shortness of breath, chest pains.” 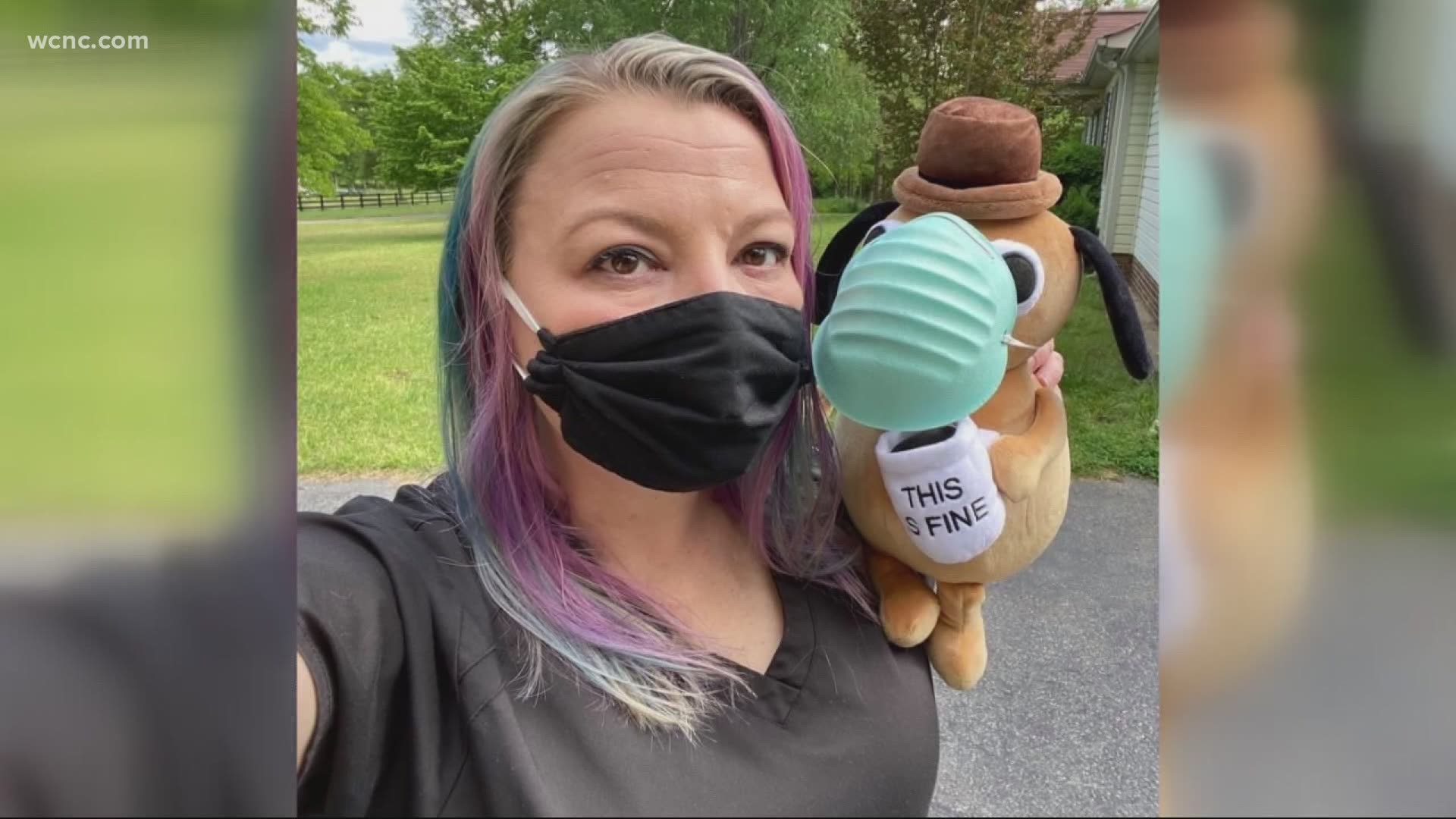 ROCK HILL, S.C. — A Rock Hill woman has battled a mystery illness since the beginning of April.

It began in the midst of the pandemic. Kristen Litvak says her symptoms were consistent with COVID-19, but her test results repeatedly showed she’s negative for the virus.

Litvak had three tests done to see if she has or had coronavirus, but all came back negative, leaving more questions.

“I had a really sudden fever,” said Litvak. “I had a lot of coughing, shortness of breath, chest pains.”

Litvak says she thought she had COVID-19 in early April.

“I had gotten really sick with the symptoms of COVID-19,” Litvak said.

Litvak is a mobile crisis clinician who responds to people for mental health or substance abuse issues. She says because of the high-risk nature of her job, she’s been staying away from her family.

“My husband and son are sheltering in place and I haven't actually seen them since the end of March,” said Litvak.

Despite her symptoms, she says her first diagnostic test came back negative for COVID-19.

“I was suspecting it was maybe a false negative,” she said.

Weeks later, she still hadn’t recovered from the illness. Earlier this month, she took an antibody test to see if she’d had COVID-19 in the past, but again she says the results came back negative.

Then she went back to the doctor again.

“He (the doctor) recommended I get the COVID-19 viral test again,” said Litvak.

On Tuesday, the latest diagnostic test came back negative as well — three tests, no answers.

“It was probably just some other respiratory issue,” Litvak said.

After a series of tests, she does not believe she had COVID-19.

“There’s a big part of me that wants to believe I didn't have it,” said Litvak.

Online schooling could be causing kids’ eyes to suffer