It was supposed to be a delicately handled overnight shipment. It turned into weeks of panic and renewed sadness after his mother's ashes didn't show up for weeks. 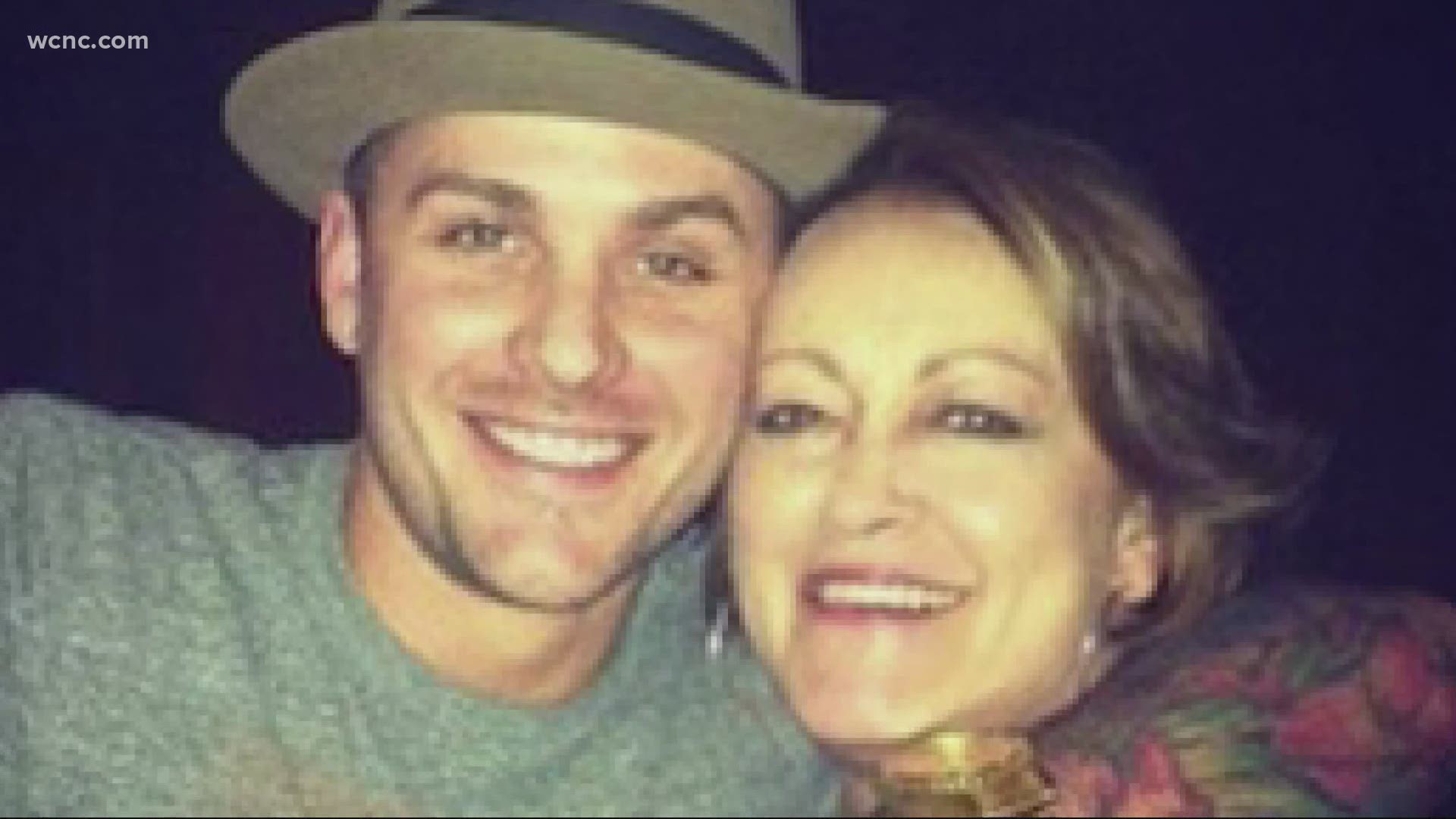 CHARLOTTE, N.C. — Joey Hewell was already mourning the loss of his mother as he and his siblings planned the final resting places for her ashes. Then, the post office lost them for weeks.

Hewell's loving and funny mother passed away last September in his hometown of Atlanta.

"She was that person who could always say the perfect thing to make you laugh just a little bit," Hewell said, remembering the woman who was always there for him.

She was cremated and her ashes were split between her three children.

In what was thought to be a convenient and easy attempt to get the ashes to Hewell, his brother went to a local USPS office near Atlanta to mail them to Charlotte.

It turned out to be anything but easy or convenient.

"It's shocking," Hewell exclaimed. "It is shocking."

"It's not something that should be lost in the mail," he continued.

His brother was told their mother's ashes would be in good hands. Postal workers even slapped a large red label on the box with the words "cremated remains."

"They put the sticker on it and said they were going to take care of this," he said.

His brother spent $60 to overnight the ashes to Hewell, promising they'd be there the following day before noon in early February.

"That never happened," Hewell pointed out.

The next day came, but his mother's ashes never did.

Hewell gave it a day, knowing things come up and delays happen. The ashes didn't come the next day, either.

"It really sank in that something could be really wrong the second day that it didn't arrive," he said.

Feeling frantic, he started tracking the package regularly, taking screenshots when he did. Every time, the same message appeared. It was still somewhere in Atlanta.

Days turned into weeks of the same tracking message, the package only moved once before going back to the Atlanta station it had allegedly been in for days.

"It's like what do you do," Hewell asked as she shrugged. "I've tried to look up numbers, I've tried to call people, I've sat on hold."

Countless minutes built up into hours trying to track down his mother's ashes.

He and his brother finally were able to ask if they could go pick up their mother's ashes from the location the tracking number listed them to be at.

The person on the other end of the line said they could not pick them up, because they couldn't guarantee they were actually there, Hewell said.

After two weeks went by, Hewell started to think he'd never get the ashes. He and his brother started to talk about splitting up the ashes he had received when they were first divided among the siblings.

A sense of loss was hitting all over again.

"On top of losing a parent or loved one, now you're worried that you're not going to have that small piece of them to help you have closure," Hewell said.

After all the attempts to speak with someone at USPS, Hewell said he never heard back from a single representative who could give him crucial information about the whereabouts of his mother's ashes.

The box with his mother's ashes had arrived in Charlotte. The next day they showed up at his doorstep in NoDa.

It had been three weeks since the overnight shipment was initially made.

"It's great," he said holding the box of his mother's remains. "Like I said, it was overwhelming."

In a statement, the postal service pointed to the pandemic and recent winter storms for widespread delays.

"We apologize to this customer and appreciate all customers’ understanding and patience as service standards continue to return to normal in most areas," an agency spokesman said in part in a statement.

Hewell understands mistakes happen, but is hopeful something will soon change at USPS.

"I hope that they improve the system. I hope that they at least try to give some sort of hotline or something," he said. "That there's some way to get in touch with someone to talk to."

NOW AT 11
A Charlotte man loses his mother. Then, the post office loses her ashes. The panic, frustration, and sense of loss hitting all over again. Find out how this gut-wrenching story ends and what the post office is saying about it. @wcnc pic.twitter.com/s2Ky6rubOk

He's relieved to move closer to having closure after the loss of his mother and is thankful she can finally be spread in her final resting places.

He's sure she's looking over him making fun of a frantic situation just like she did for years, making everyone laugh in the worst of times.

"All the frustration and tears that I've had through this -- she is somewhere, making the funniest joke that no one else would have ever thought of," Hewell said.

RELATED: Job openings reach a five-month high, but they're still not being filled. Why? They're in person