She was cycling to honor her late husband. She was crushed when someone stole her bike.

"I thought I would honor Tom and get over my fear of riding on the road," Mary Swenson told NBC Charlotte. 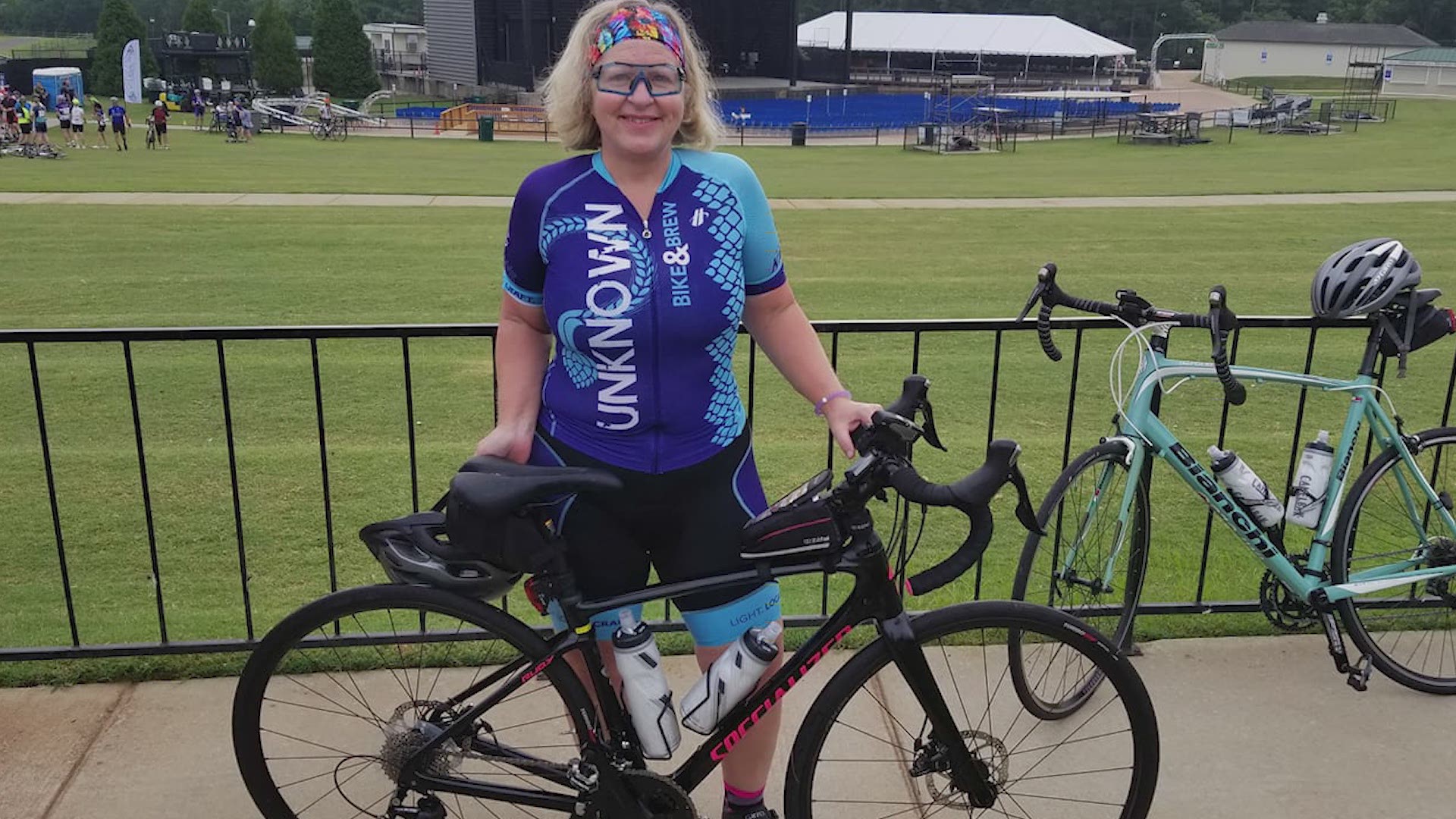 CHARLOTTE, N.C. — Mary Swenson was heartbroken when she discovered someone had cut the cable and taken her bicycle from a south Charlotte apartment complex a few weeks ago.

"The bike is everything to me," she told NBC Charlotte.

Swenson lives in Chicago, but she stays in the Queen City for periods of time to visit with family. The Specialized Ruby Sport Women's bicycle was stolen from the parking garage at The Encore SouthPark.

Swenson bought the bike in March 2018 and started riding in memory of her late husband, Tom Swenson. He died in 2015 at the age of 68 following an 8-year battle with early-onset Alzheimer's disease.

Swenson had never ridden a road bike before, but her husband had been an avid cyclist.

"I thought I would honor Tom and get over my fear of riding on the road," she said.

Swenson got serious about conquering that fear. She decided to ride her bike for an Alzheimer's Association fundraiser called A Ride to Remember in South Carolina last summer.

"I was just determined to do it because it was for Tom," she said.

Swenson trained for four months and received mentoring and guidance by joining the Unknown Brewery team. In July 2018, she was among 350 riders biking from Simpsonville to Charleston.

The group covered more than 250 miles during the 3-day ride.

So when Swenson found out her beloved bike had been stolen, she was heartbroken.

It was about so much more than money, though it did take her a year to pay off the bicycle.

"I feel like there was a part of Tom was taken from me, too," she told NBC Charlotte. "It's not just my property; it's my memories I did for my husband."

On Monday, Swenson got a phone call from Officer Joel Wing with the Charlotte-Mecklenburg Pollice Department.

He found her bike.

Apparently, the person who stole the bike sold it to a legitimate dealer in Greensboro. Officer Wing told Swenson he would pick up the bicycle then take it to a bike store in Charlotte so it could be boxed and shipped to her in Chicago.

"I am so very grateful to him for finding it and going to great lengths to get it back to me," she said.

Officer Wing even texted Swenson a picture of the bike at CMPD once he got it back to Charlotte safe and sound.

"He certainly has gone above and beyond," she said.

Credit: Mary Swenson
Officer Joel Wing texted a picture of the bike to Mary Swenson on Tuesday, showing her it was back in Charlotte safe and sound.

Now that Swenson knows she's getting the bike back, she's more than ready to get back out on the road.

"I'm still teary and so grateful it was found! Looks like I'm doing the Ride To Remember next year!" she said.

Although her husband is gone, she's thankful a piece of him will be returned to her.

"(Tom) was an amazing man struck down by a devastating disease," Swenson she said. "Since he was no longer able to talk, I became his voice and advocate to bring awareness."

The couple was featured in a 2018 documentary about early-onset Alzheimer's called Too Soon to Forget. Swenson also participates in the Walk to End Alzheimer's in honor of her late husband.

Sharks seen jumping out of water, feeding on fish at Myrtle Beach