NBC Charlotte made sure to clarify one thing -- are the blue rockers Carolina Blue or Duke Blue? 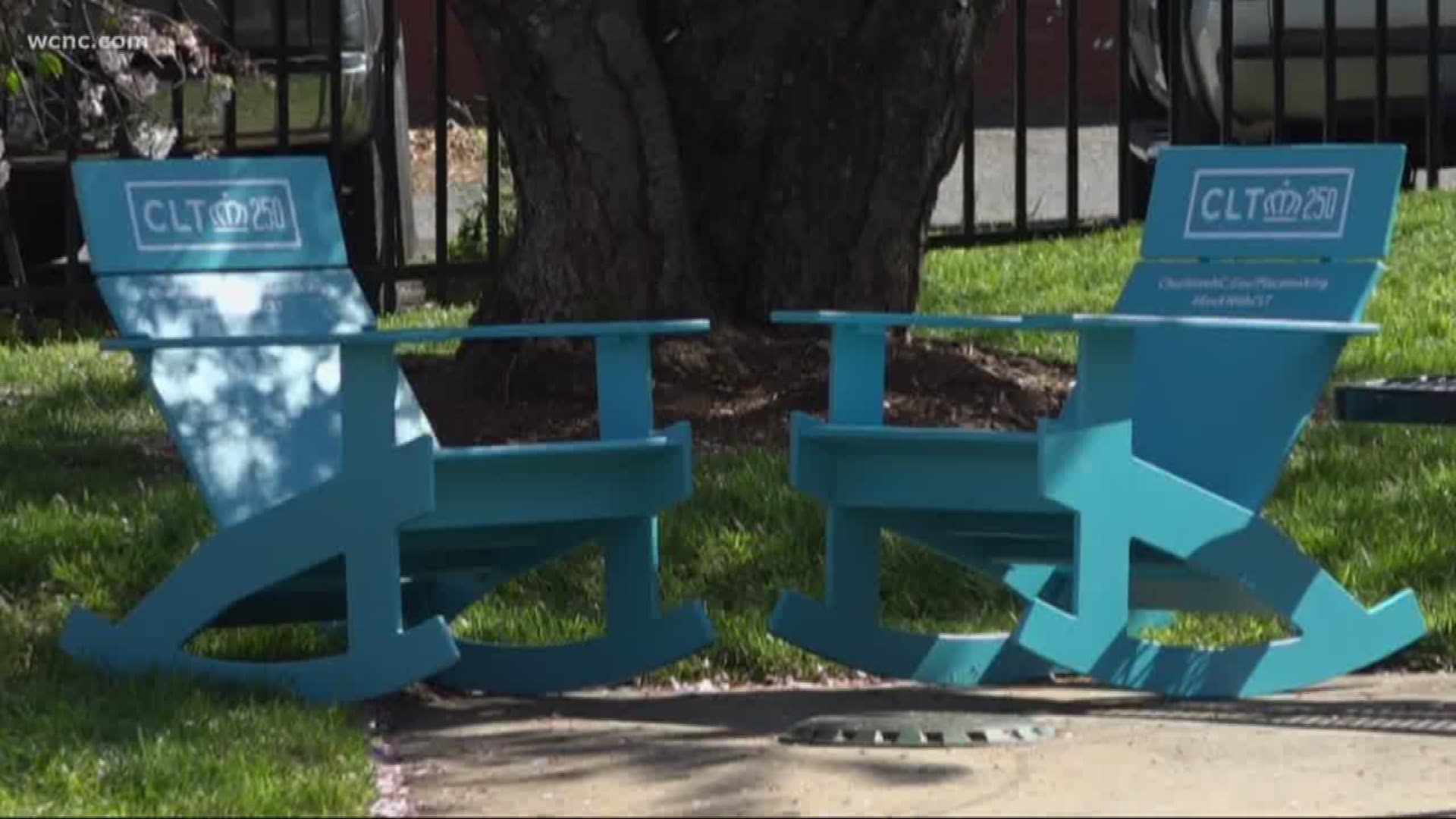 CHARLOTTE, N.C. — What better way to enjoy the day than to sit in a rocking chair?

The rocking chairs at Charlotte Douglas International Airport have become a staple when for those passing through, but now the Queen City is expanding on the trend.

Monica Carney Holmes, the Place Making Manager for Charlotte's Planning Department, spoke with NBC Charlotte as the blue recycled rockers were placed in different popular spots around the city.

"It's really about enlivening our public spaces and people getting to celebrate our community," Carney Holmes said.

The chairs also serve as a gift of sorts to the people that make Charlotte home, as this year marks the city's 250th anniversary.

Until December, you can enjoy the relaxation of rockers and great conversation with neighbors. Some spots have two to four rocking chairs. The chairs can be found all over the Queen City, including at the Arboretum, in the University area and various spots in uptown.

NBC Charlotte made sure to clarify one thing -- are the blue rockers Carolina Blue or Duke Blue?  According to Carney Holmes, they aren't either.

"It's kind of a perfect in between," she said. "It's not baby blue. It's not sky blue, and it's not dark blue... If anything it's more Panther blue!"

Fans of the chairs can support the rockers celebration by posting pictures on social media using the hashtag #RockwithCLT.