The mural is located at Camp North End, which will also house Van Gogh: The Immersive Experience this summer. 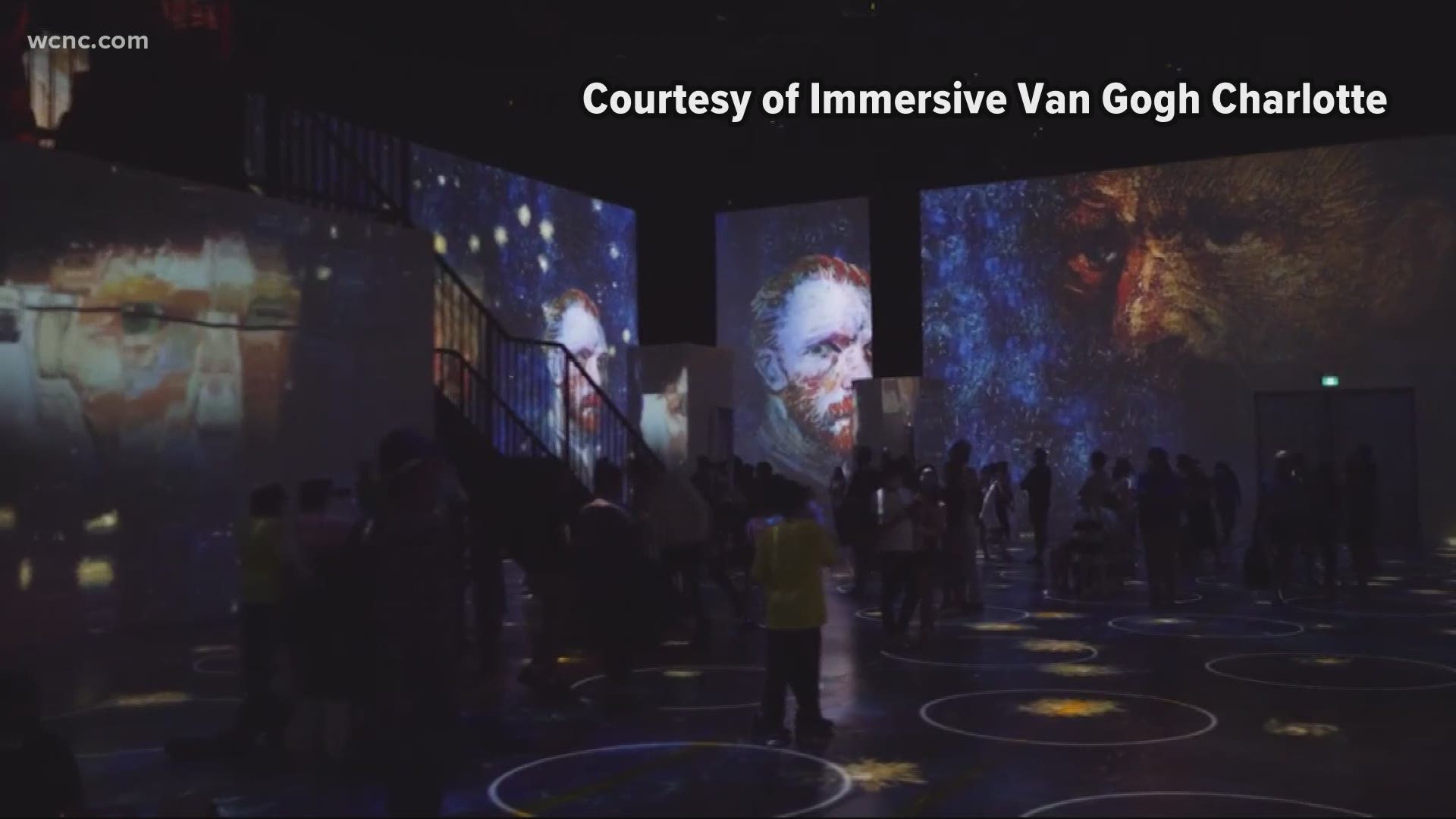 CHARLOTTE, N.C. — March 30 marked Vincent Van Gogh’s birthday, and to celebrate it, one Charlotte artist painted a mural in his honor. Specifically, Bree Stallings painted 168 sunflowers to celebrate the 168 years that have passed since Van Gogh was born.

Stallings said she had just joined the Blumenthal team as the director of artistic experiences. She said since Blumenthal is bringing an immersive Van Gogh experience to Camp North End, it was only natural to create a Van Gogh-inspired mural in that space.

Stallings referred to Camp North End as "the perfect manifestation" of artists and working people to enjoy their work and how it moves others.

“May no more artists pass early from mental health issues, penniless until they aren’t around to enjoy the fruits of their labor.”

She later explained that some artists, like Van Gogh, use this kind of repetitive marking in a lot of their paintings. Stallings said it’s actually a form of meditation.

“It's like this idea of repetitive mark-making and so I wanted to kind of get into that brain space and see why are these artists attracted to that,” Stallings said.

“It's really exciting because it's the first time that anything in this region is hosting this Van Gogh experience,” Stallings said. “I'm actually going to go to Chicago to see the one that's up there now to kind of learn and see how they're doing it.”

The exhibit will open on June 18. Tickets are on sale now.