Man turns down Cam Newton's $1,500 offer to switch seats on flight to U.S. from Paris

Carolina Panthers QB Cam Newton was just hoping for a little more legroom. Unfortunately his cash offer came up short on the ride home from Paris. 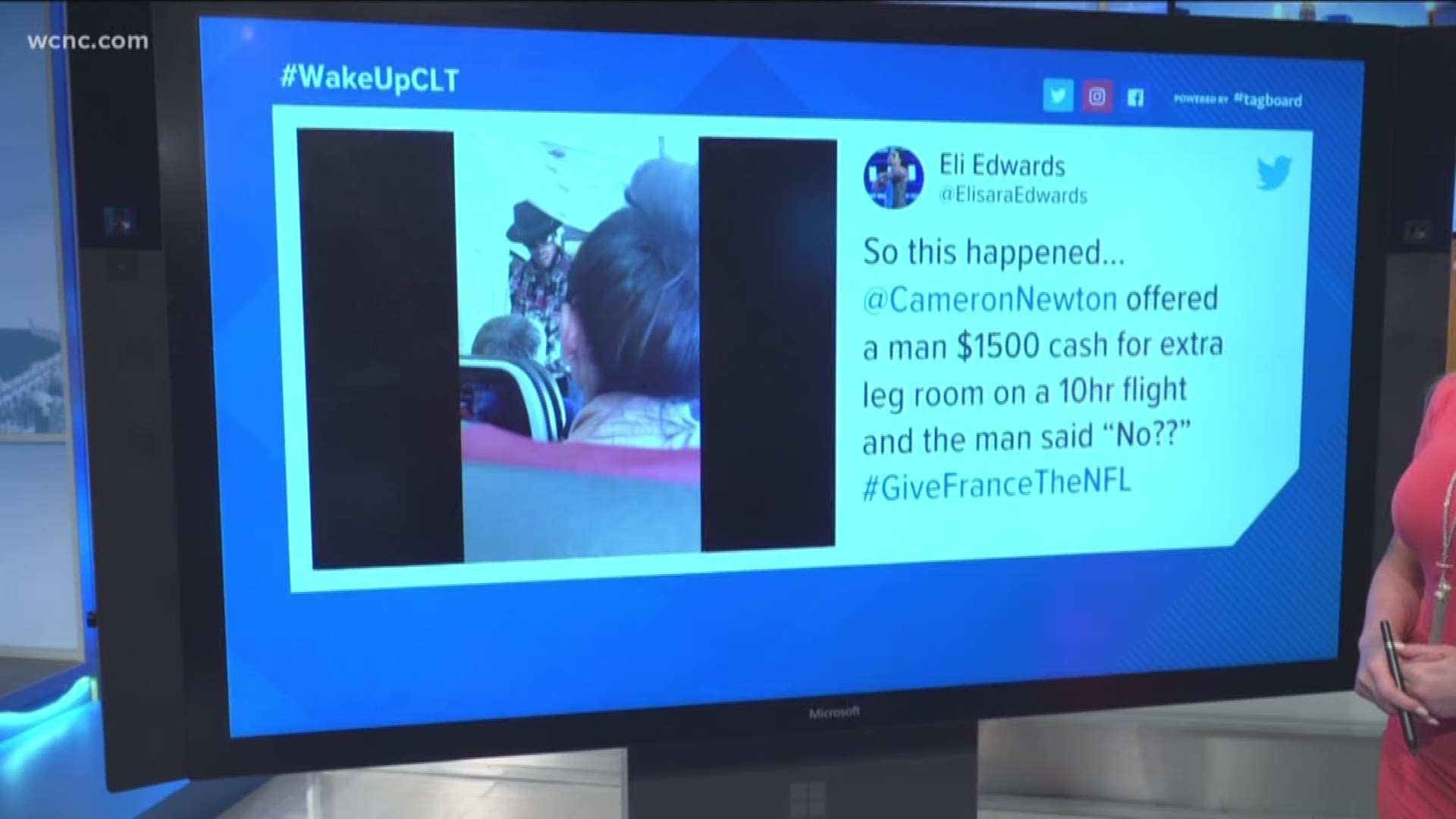 CHARLESTON, W.Va. — Celebrities are just like us, even Panthers quarterback Cam Newton.

The 2015 NFL MVP was on a flight to the U.S. from Paris when he was spotted offering a man $1,500 to swap seats. According to the Eli Edwards, the person who tweeted the video, Newton asked to swap seats because of extra legroom on the flight.

The man said no, sending Cam back to his cramped seat for the 10-hour flight across the ocean.

Twitter reactions were divided as you can imagine, with plenty of people on both sides of the discussion.