As the pandemic forced virtually everyone to stay home, it meant Riley Peterson was home for some of her dad's final days. 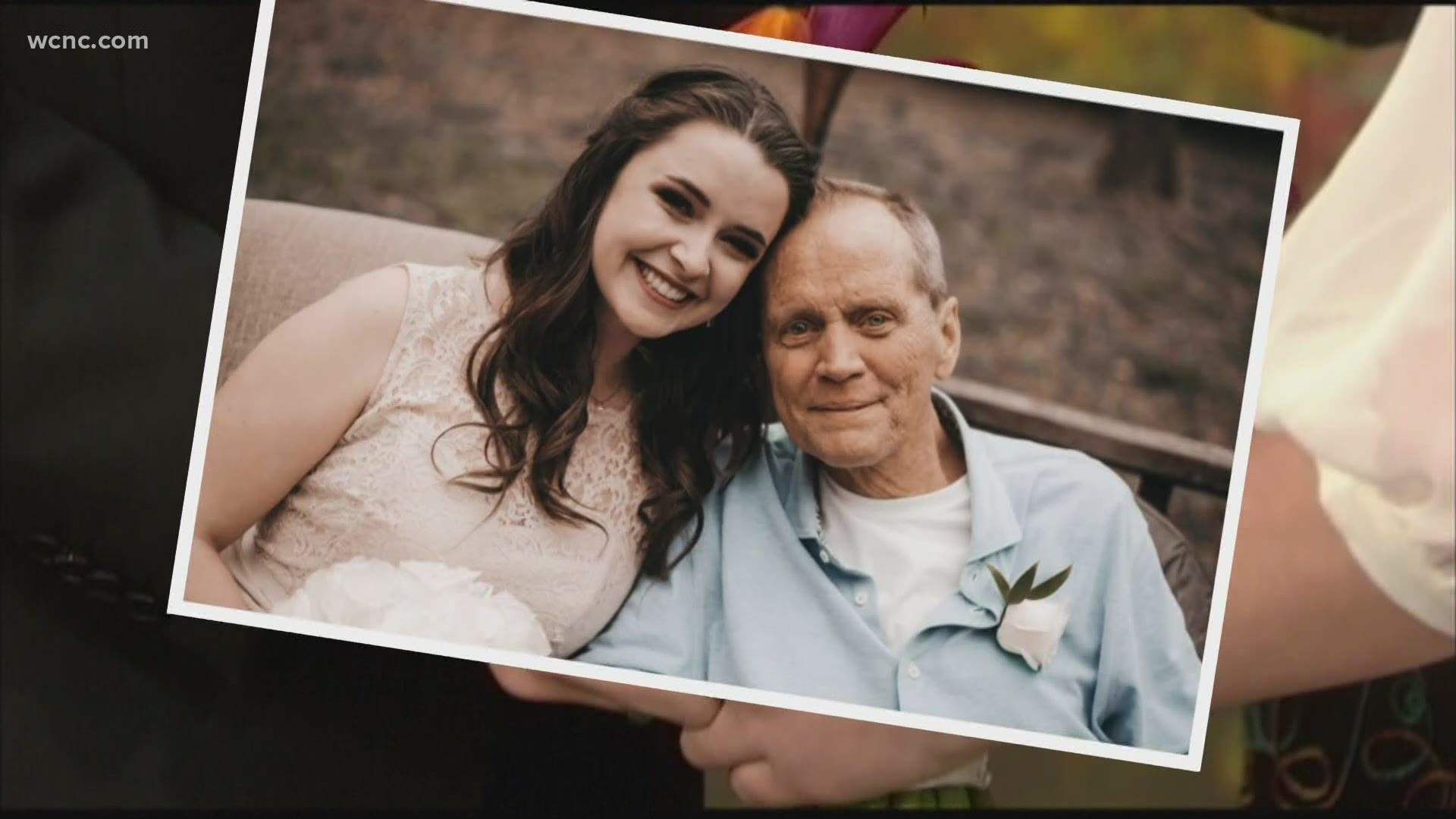 CHARLOTTE, N.C. — When the coronavirus forced everyone to stay home, for one UNC Charlotte student and bride-to-be it was a blessing in disguise.

Her father had been diagnosed with cancer, and because she was home, she was able to spend those final days with him. She made sure those days were filled with memories the family will cherish forever.

When Riley Peterson was a little girl, like many others, she dreamed of dancing with her dad on her wedding day.

"He said it's not about how many moves you can do it's about the right moves," Peterson said.

The day she said "I Do," her dad Tom was in the fight of his life.

"I just felt like my world hit rock bottom," she said.

Just as Peterson was on the brink of some of the biggest moments in her life — her graduation from UNCC, her wedding — her family realized her dad wouldn't live long enough to see any of it.

"We have this dream wedding planned, we have the venue and we realize it wasn't gonna happen," Peterson said.

So she got herself a graduation gown, and then a wedding gown. She says it was special for him to see her in a cap and gown, and it was important to her that he was there for special moments.

"The thing I wanted was for him to walk me down the aisle," Peterson said.

So they decided to have a wedding that weekend. Dancing on that day was one of the last things they did together.

"It wasn't a week later that he passed away," she said.

Now, the reality of it all is hitting. The COVID-19 pandemic likely would have canceled the fancy wedding she'd originally planned and certainly changed her college graduation.

As the pandemic forced virtually everyone to stay home, it meant Peterson was home for some of her dad's final days.

"I think everything that happened, happened in its own timing," she said.

It's proof, she says, that it's the people that matter — not the perfectly planned ceremony.

"He lived life full," she said. "I will cherish that for the rest of my life and always remember him for that."