Cheryl and her baby were headed from Columbia to Indianapolis for a 4th of July holiday trip. Everything changed as they approached their layover in Charlotte. 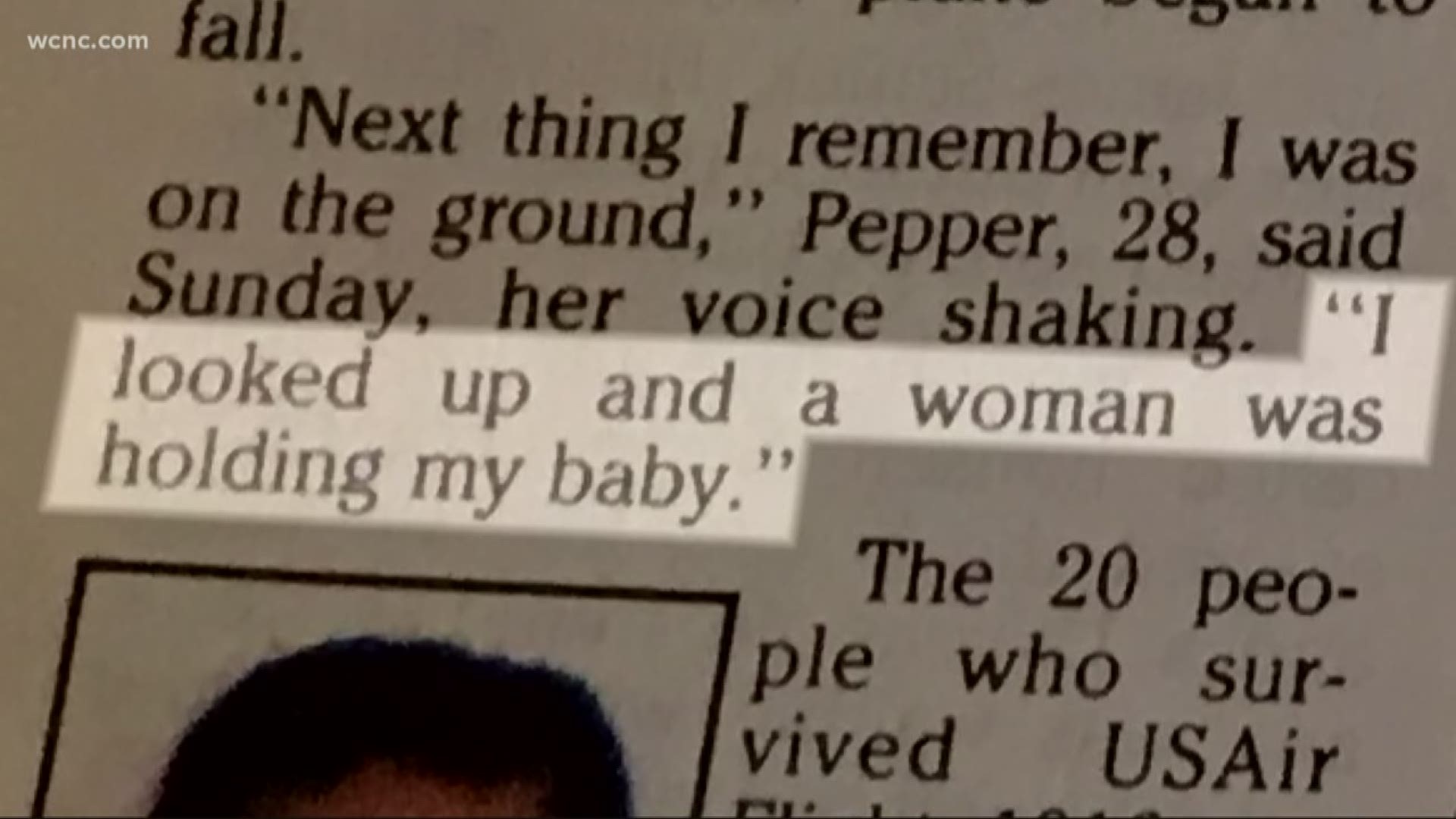 CHARLOTTE, N.C. — 25 years ago, one of the worst disasters in Charlotte’s history left 37 dead. USAir Flight 1016 crashed into a Charlotte neighborhood on July 2, 1994.

Amazingly, 20 others survived. Among those, a baby and her mother.

Cheryl Robinson remembers it as a hot, sunny day.

Cheryl and her baby, Denise, were headed from Columbia to Indianapolis for a last-minute 4th of July holiday trip. Everything changed for the pair seated in the back of the plane as they approached their layover in Charlotte.

Just seconds before 6:43 p.m., as the flight crew executed a missed approach in the midst of what they later learned was a microburst -- a thunderstorm complete with heavy winds and rain -- the plane crashed into trees and a home near Charlotte-Douglas Airport, breaking into three pieces on impact.

"I remember telling myself, looking out the window, why is the rain sideways?" Cheryl said. "But it was like I was sleepy all of a sudden."

The skies had gotten rainy and dark.

"I don't remember the impact,” Cheryl said. “I just remember everything was dark and I couldn't see."

Then Cheryl realized she didn’t know where her baby was.

Denise, it turns out, was under the seat.

The National Transportation Safety Board couldn't explain how Denise survived. Denise wasn’t in a safety seat, or even strapped in that well. Back then, you didn't have to buy a seat for a toddler.

Cheryl suffered just a cut on her head, sprained ankle and burn. Baby Denise only had a broken leg.

Despite that, she still has the pink cast she wore, the stuffed animals nurses gave her and the newspaper from the hospital the following day.

Most of the 55 others on US Air Flight 1016 didn't survive, including entire families. There were stories told about a couple that had gotten married that day. Also on the flight, another baby, who perished.

"Ms. Brown. Her daughter was nine months old,” Cheryl said. “I went to her daughter's funeral."

Those stories make Cheryl and her daughter Denise especially thankful.

It's not something they'll ever stop thinking about. Cheryl says it’s changed a lot for her.

In the years to come, their family grew, and both found the strength to fly on a plane again.

Denise went to college nearby, destined to find the man she'd marry. The two met at Winthrop University and celebrated their first wedding anniversary in April.

“I've been blessed to watch her grow and turn into the woman that she's turned into,” Cheryl said.

Sure, it hasn't been easy, but the two have survived every one of life's challenges.

“Through God's help, through great therapists, I've been able to rebuild my life and move forward from that,” Cheryl said. “I hope that's a message for somebody."

They don’t have all the answers, but they are constantly thankful to be where they are.

But they can tell you this: they're living life with a purpose, not for a second squandering the lives they nearly lost.

"My mom's always told me there's a reason I survived,” Denise said. “I've lived life trying to figure out what that purpose is."

Carolina has heart: Mom thanks her late son's caregivers

'God’s divine plan' | They were married for 68 years. They passed away on the same morning

Woman saves years of sticky notes from stepdad, brings him to tears with gift 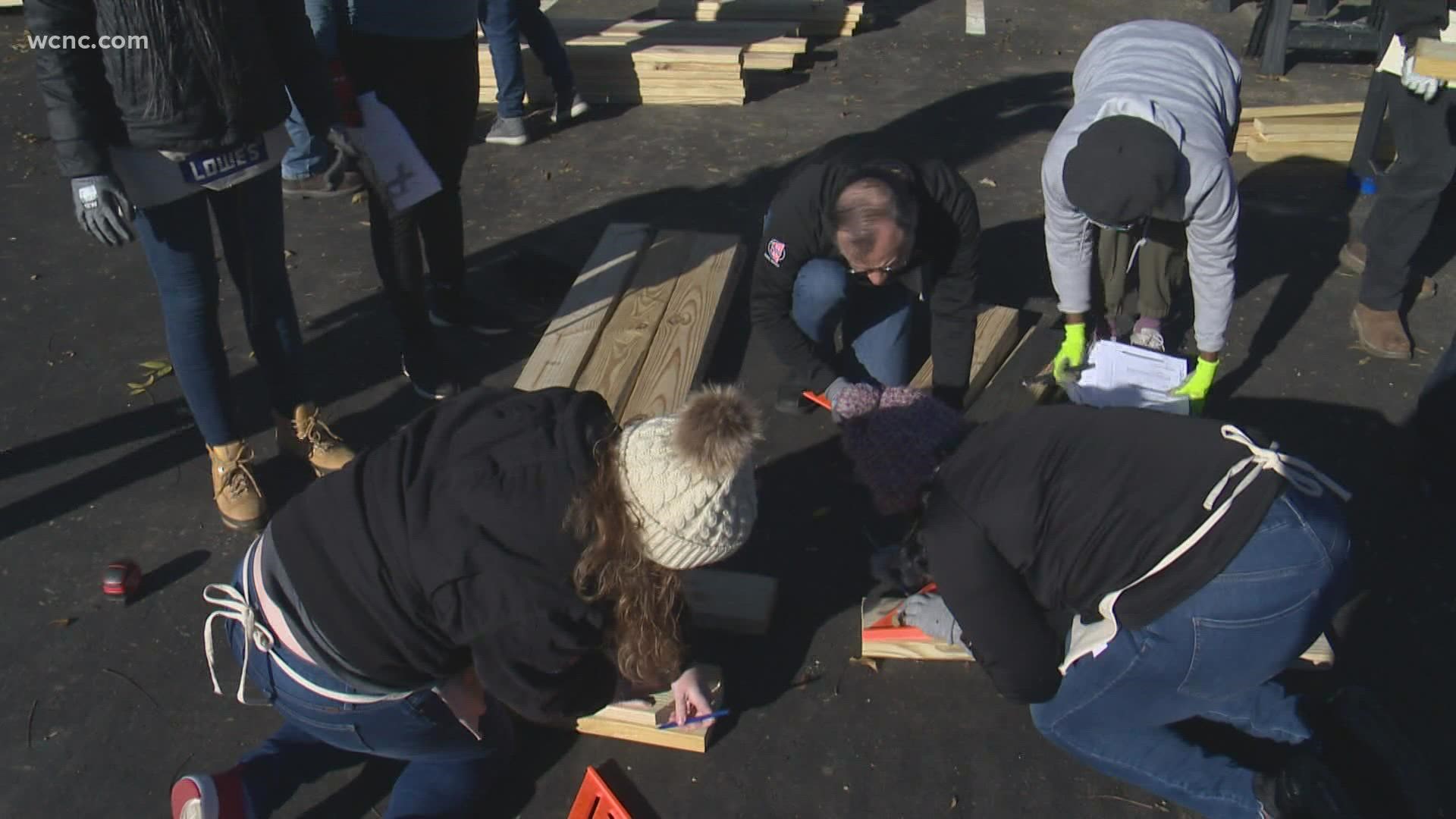