For The Culture: Why George Floyd’s death could evoke trauma in communities of colors

For some black people, the front row seat to killings of people who look like them continue to highlight the long-standing issues of racial injustices in America. 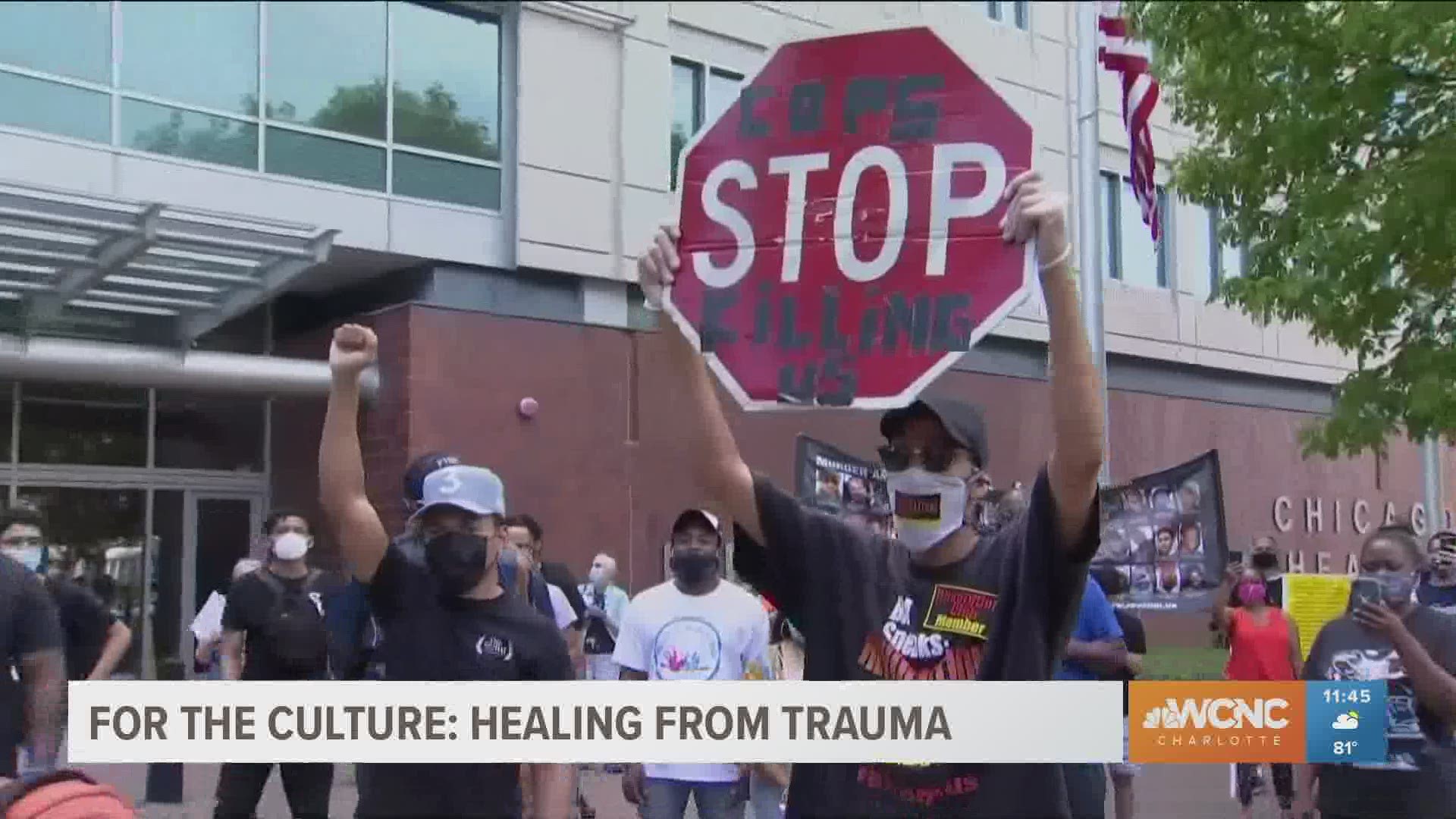 CHARLOTTE, N.C. — It’s a story we’ve seen play out over and over again: A black man or woman dying at the hands of someone else.

Their death caught on camera, followed by protests and outrage. While seeing these images can be emotionally draining for anyone, it's personal for black people.

For some black people, the front row seat to killings of people who look like them continue to highlight the long-standing issues of racial injustices in America. Dr. Kendell Jasper, a licensed psychologist with ARJ in Charlotte, says racism and even the perception of it could have long last traumatic effects.

“It can create a downward spiral in the way that we think,” said Dr. Jasper. “You find yourself angry and anxious and fearful. It can create flashbacks because I can remember how that feels.”

Dr. Jasper adds not all people have the mental and intellectual capacity to channel their energy in the proper way. Some talk their problems out, while others, act out of anger.

“I try to understand why people are behaving and responding in this way. It's complex, it’s just not as simple as someone being a thug,” said Dr. Jasper. “We need to equally be talking about what created the issue as equally as we are talking about the effects.”

As the nation goes through a moment of “same script, different cast” with yet another black man dying at the hands of someone else, Dr. Jasper says it’s important to recognize your anger is valid but at some point disconnect to protect your mental health.

“Turning off your phone, not looking at your social media, not turning on the TV to the news,” said Dr. Jasper. “Find other activities.”

RELATED: Books and Barbers: Local pastor making history one page at a time

RELATED: How urban renewal led to the end of black-owned businesses in Rock Hill