As a diabetic, Dominique Trappio needs help to safely get through her days and nights. That’s where Bowie came in. The connection was immediate when they met. 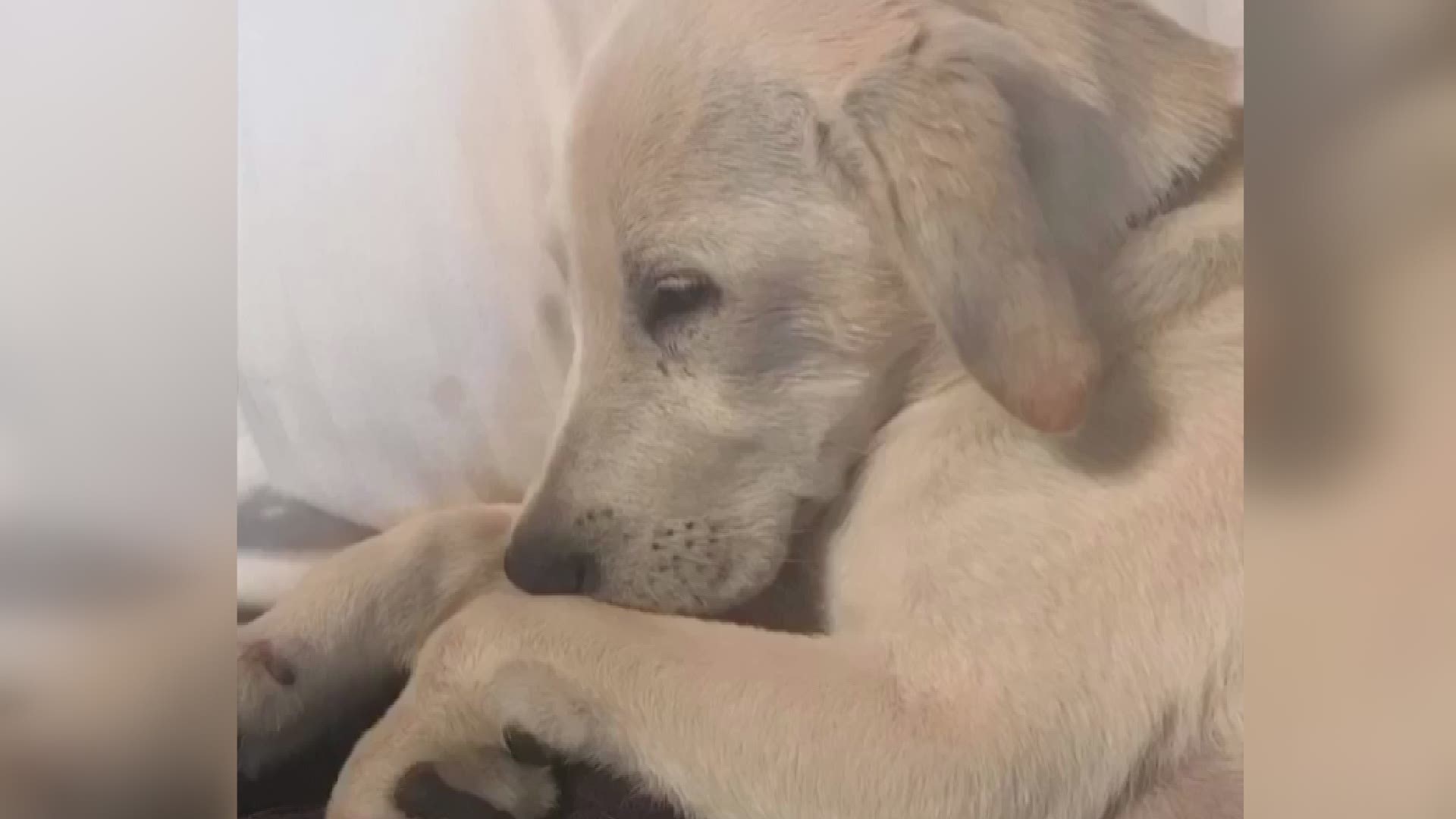 ATLANTA — Bowie is a puppy with life changing and life-saving potential.

“I named him Bowie after Chadwick Boseman who played Black Panther.” Dominique Trappio explained. “He was such a hero to so many. Bowie will be my hero.”

Bowie is training to fulfill his heroic purpose, but Trappio said he has already come to the rescue many times.

“He’s living up to his name already," Trappio said.

In her early 20’s she was the picture of health and athleticism.

“I was always a health freak," she explained.

But, when her body started shutting down, she had no idea why. She was rushed to the hospital.

“I honestly thought maybe this was the end, so I called my mom," she recalled.

Her organs were shutting down and she nearly died. Trappio was later diagnosed with Type 1 Diabetes.

The young woman who works at Emory Healthcare and loves helping others, found herself on the receiving end. She said she is grateful she made it through.

“It taught me on top of diabetes, that you can’t take anything for granted. You aren’t guaranteed another day," she reflected.

But, Dominique Trappio would need help to safely get through her days and nights. That’s where Bowie came in. The connection was immediate when they met.

“I love him, he loves me, and I think we are going to be an excellent team,” Trappio said.

Bowie is learning to sniff when Trappio's blood sugar is low – which often happens when she is sleeping. Bowie wakes her in time to get the treatment she needs.

"It is no over-statement to say this dog is 'life-saving',” Trappio said. “I was able to - he alerted me at least four times that my blood sugar was low, and he’s only 3 months old."

Trappio's blood sugar often drops at night when she is sleeping and does not know she is in danger. Bowie will help prevent that from happening, or will wake her so she can get the insulin she needs to survive.

“He will let me know before my blood sugar drops dangerously low, like it currently does, or when it is rising too high,” she explained. "He will be my helper when I am unable to help myself. He will also be my guardian, my counselor, best friend and so much more."

Bowie is currently in training through Lonestar Diabetic Alert Dogs. He brings an incredible value as a medical service dog; but comes at a great expense.

That’s why it means so much to her that people are coming forward to help.

She has a poster in her home that shows the names of each person who is giving a gift through her GoFundMe fundraiser to help get her a step closer to having a super-hero pup by her side. One person even agreed to match dollar-for-dollar the next $5,000 in donations.

“I’ve been blown away,” Trappio said.

Bowie is still in training to have all the skills he needs to protect her. Together they will help educate others, too.

“This isn’t just about me," Trappio explained. “Bowie and I are going to advocates and work to help other people, too.”