Experts share tips on keeping copperheads away from homes

As we reach the middle of fall, we've seen another flurry of copperhead run-ins in Charlotte. 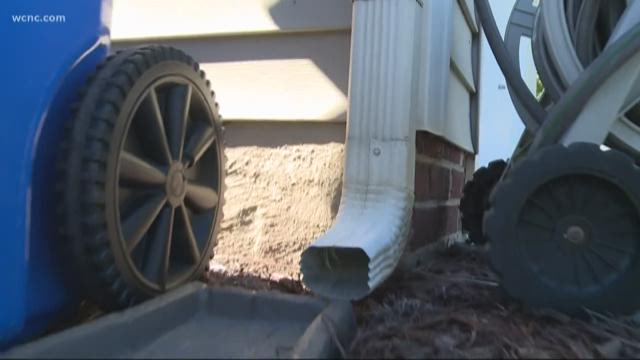 CHARLOTTE, N.C. -- As we reach the middle of fall, we've seen another flurry of copperhead run-ins in Charlotte.

Since October 1, the Carolina HealthCare System reports there have been five snake bites in Mecklenburg County alone.

There’s a number of reasons for the increased copperhead activity. Mating season for these snakes lasts from August to October. Land development in certain areas is limiting their habitat. Furthermore, as temperatures begin to drop at night, our houses appear warm and inviting.

“The weather is changing,” General Manager of Carolina Pest Management David Craig said. “They’re looking for a place to hibernate.”

People are a big reason why copperheads are turning to our homes.

“You can’t go anywhere around here where they’re not building a new housing development or tearing down trees so they’re just looking for a new place to go,” Craig said.

Things like wood piles and anything stacked up against the side of your house can be inviting. Once a snake is that close, it can sense the heat. It doesn’t take much of a crack for one to slither its way inside.

“That’s a perfect entryway for them,” Craig said. “They come along and find the hole, and feel the difference in temperatures, and boom they’re in the house.”

Craig says he gets a lot of calls from people who have “trapped” a snake in a room, but very rarely does that actually work.

“Most people will shut the door, put a towel down and say 'it’s in there,' but when I go in there we can turn it upside down. It’s usually gone. It goes under the baseboards, or it has a way back out.”

The biggest key to keeping copperheads and other snakes away is keeping the side of your house clear from piles of wood, leaves, pine needles or anything else.