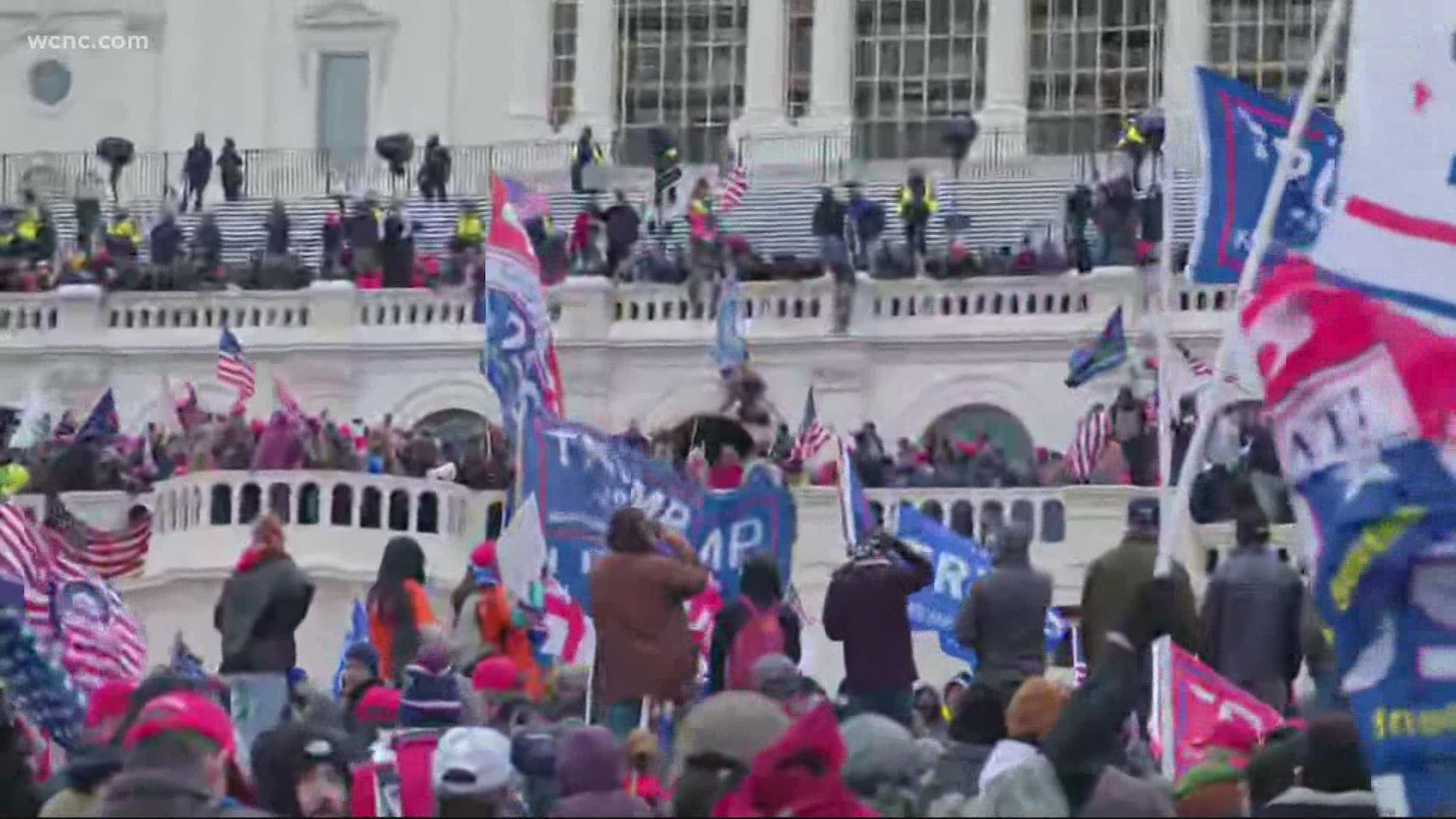 CHARLOTTE, N.C. — African-American leaders in North Carolina say they believe there is a clear double standard that allowed rioters to break into the U.S. Capitol on Wednesday.

Mack said it was deplorable that Wednesday's rioters who stormed the capitol were greeted with little resistance.

"How many Black people could go into the Capitol and leave there alive," Mack asked. "Leave there at minimal, and not being arrested? Not in handcuffs?”

Mack said she was at the Black Lives Matter march at the Capitol last June, where the intentions were good.

"We took to the streets because of Breonna Taylor's death and because of George Floyd's death and so many other Black people who've been killed, simply to say our lives matter,” Mack said.

Mack said they were immediately met by police and it ended chaotically.

"The minute we got off the train there were cops everywhere,” Mack said. "We were accosted, we were tear-gassed, and many were arrested.”

Mack said she watched in horror as the multitude of pro-Trump rioters stormed the building, chased security officers, and destroyed and vandalized property.

“These are thugs, these are criminals," Mack said. "The very thing they’ve called us when we’re quietly and peacefully protesting is exactly what was displayed yesterday. But guess what they were called yesterday? Patriots.”

Mack said what made it worse for her is the rioters appearing comfortable and carefree while illegally in the building.

"Laughing," Mack said, "sitting up with their feet on the desk of the third most powerful person in the country."

Many got to walk right back out. Mack said it was unfathomable.

"These people have so much privilege that they can go into the Capitol of the United States and go home as if nothing ever happened, [as if] they did nothing wrong,” Mack said.

The Black Lives Matter protest at the Capitol resulted in 379 arrests. In Wednesday's riot, there were 69, and some only due to breaking curfew. Five of those arrested were from the Charlotte area.

"There are hundreds, possibly thousands of people who need to be arrested," Mack said. "And there are videos of each and every face because that’s how bold they were.”

Adams said she was horrified to see it.

"It just shows that there is a double standard that if you’re Black like me, you're going to be treated differently,” Adams said.