While not completely unheard of, authorities said alligators don't tour the town that often. 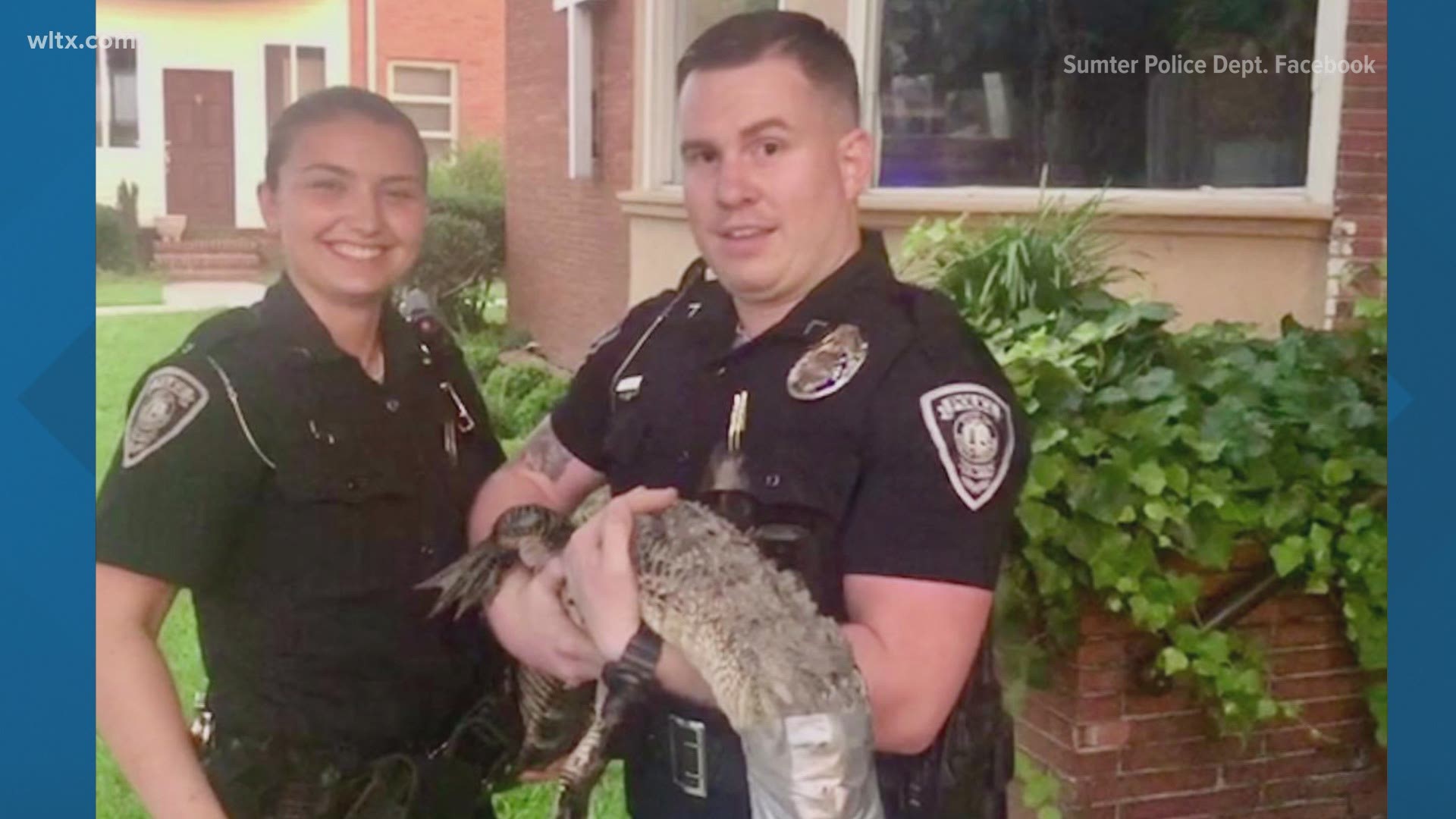 SUMTER, S.C. — The heart of downtown Sumter had a fairly unwelcome guest on Thursday afternoon. But with the help of a couple of city police officers, he got a safe sendoff.

Officers First Class Kelsey Wade and Tony McCoy responded to the area of South Main Street and Oakland Avenue to reports of an alligator. From the photos provided, it appears that's exactly what they found near a church at the location.

Lt. W. Lyons and Sgt. C. Sheppard-Lewis also assisted in the process of wrestling the gator.

A spokesperson for the department told News19 that, while not common, alligators in the middle of town aren't completely unheard of.