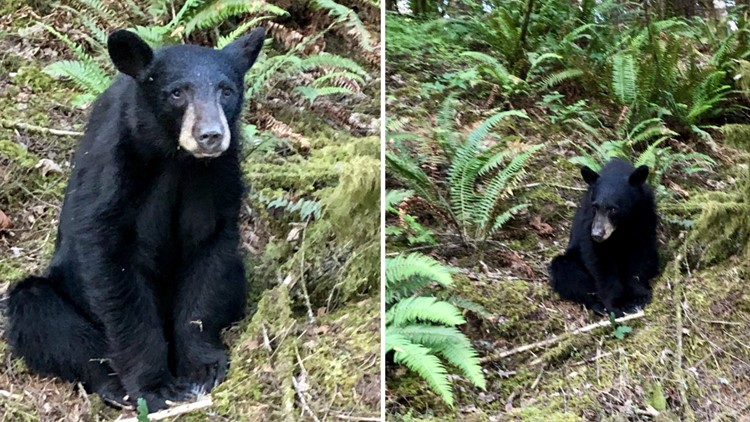 WASHINGTON COUNTY, Oregon — A young black bear in Oregon had become so habituated to humans, people were able to take selfies with him.

The VC Star said the Washington County Sheriff's Office and Oregon Department of Fish and Wildlife had been receiving calls and seeing social media posts about humans interacting with the bear. Deputies and officers from the Oregon State Police went out to check on the bear in Scoggins Valley Park near Henry Hagg Lake, then sent out a tweet to warn people to stay away from the animal.

State officials said the hot weather had drawn boating crowds. They said the bear had been getting food from humans all week. Wildlife biologists found the bear eating trail mix, sunflower seeds and cracked corn.

"It was very clear that the animal was way too habituated," one wildlife biologist said. "With that information, it was a human health and safety risk, and we had to remove it."

The VC Star said the bear was probably around 100 pounds and 2-3 years old.

"This was a tough decision the wildlife experts at the Oregon Dept. of Fish & Wildlife had to make for the safety of everyone," the sheriff's office said in a tweet. "Relocation wasn't an option in this case. Humans shouldn't feed wild bears. It's a very sad situation."