'Cold and scared' | Fawn rescued from floodwaters in Caldwell County

"Someone went to get a ladder and rope and brought it back. Two started climbing down, and as they got to the bottom, I started filming," Ann Miller said. 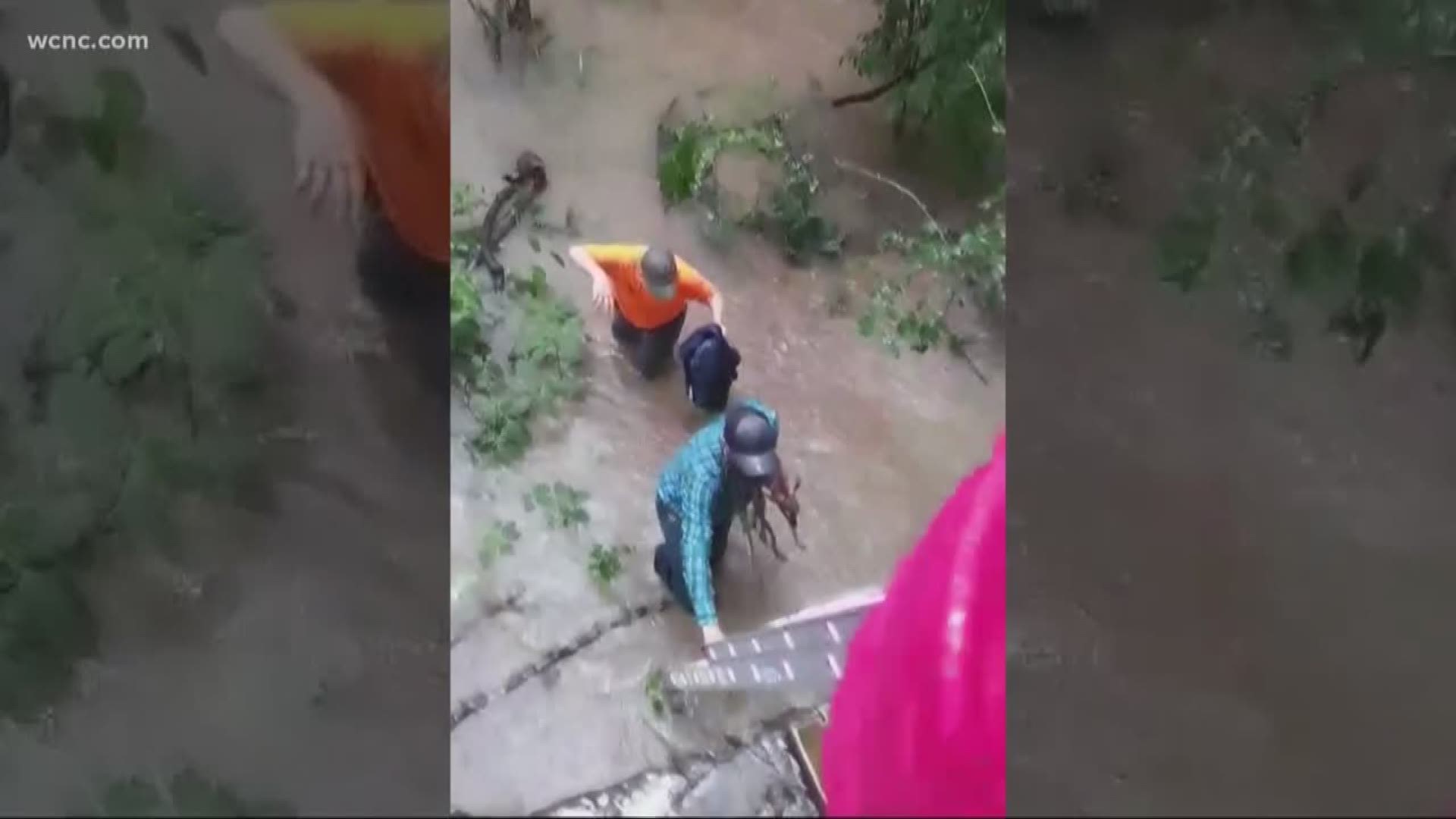 CALDWELL COUNTY, N.C. — As the waters were rising at the Rhodhiss Dam in Caldwell County, two men risked their lives to save a deer trapped by the flooding.

Ann Miller of Lenoir told NBC Charlotte she drove to the dam to check out the high water. When she got out of her vehicle, some people walking back to their car told her a fawn was stranded.

Miller took off running to see what she could do and found there were others there also trying to figure out how to rescue the deer.

"Someone went to get a ladder and rope and brought it back. Two started climbing down, and as they got to the bottom, I started filming," she said.

The men managed to get the deer back up the ladder.

"A blanket was waiting on it due to it being cold and scared," Miller said.

Miller said she didn't catch the names of the rescuers who were going to take the animal to wildlife officials.