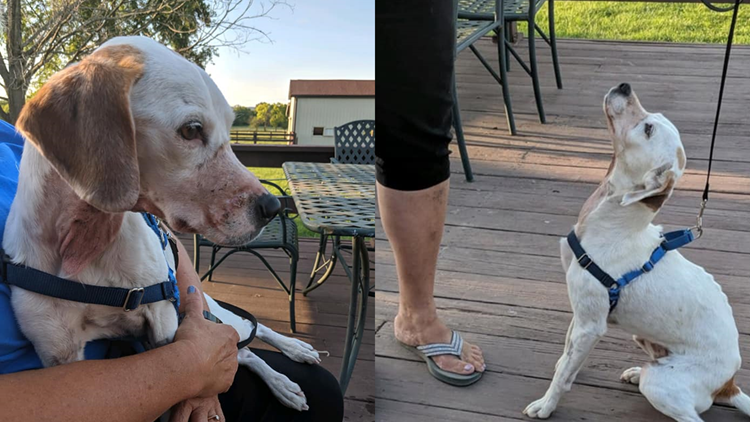 BUTLER COUNTY, Ohio — A little information can go a long way in helping to identify the owner of a dog found with her mouth duct-taped shut and throat cut.

The Butler County Sheriff's Office in Ohio posted pictures of the dog on its Facebook page, saying Dani was found injured alongside the road on Aug. 17 in Madison Township.

She was rushed to the veterinarian, where a chip was found. It came back to a Cincinnati-based rescue group, but they told law enforcement the dog was adopted in 2011.

An investigation is ongoing to figure out who adopted Dani, but people are being asked to give authorities a call if they know anything.

“This is appalling, words cannot describe the disgust I’m feeling right now, we will work diligently to find who did this and seek justice,” Butler County Sheriff Richard Jones said.