The study found the number of areas in North America populated by bumblebees has dropped nearly 50 percent since the turn of last century. 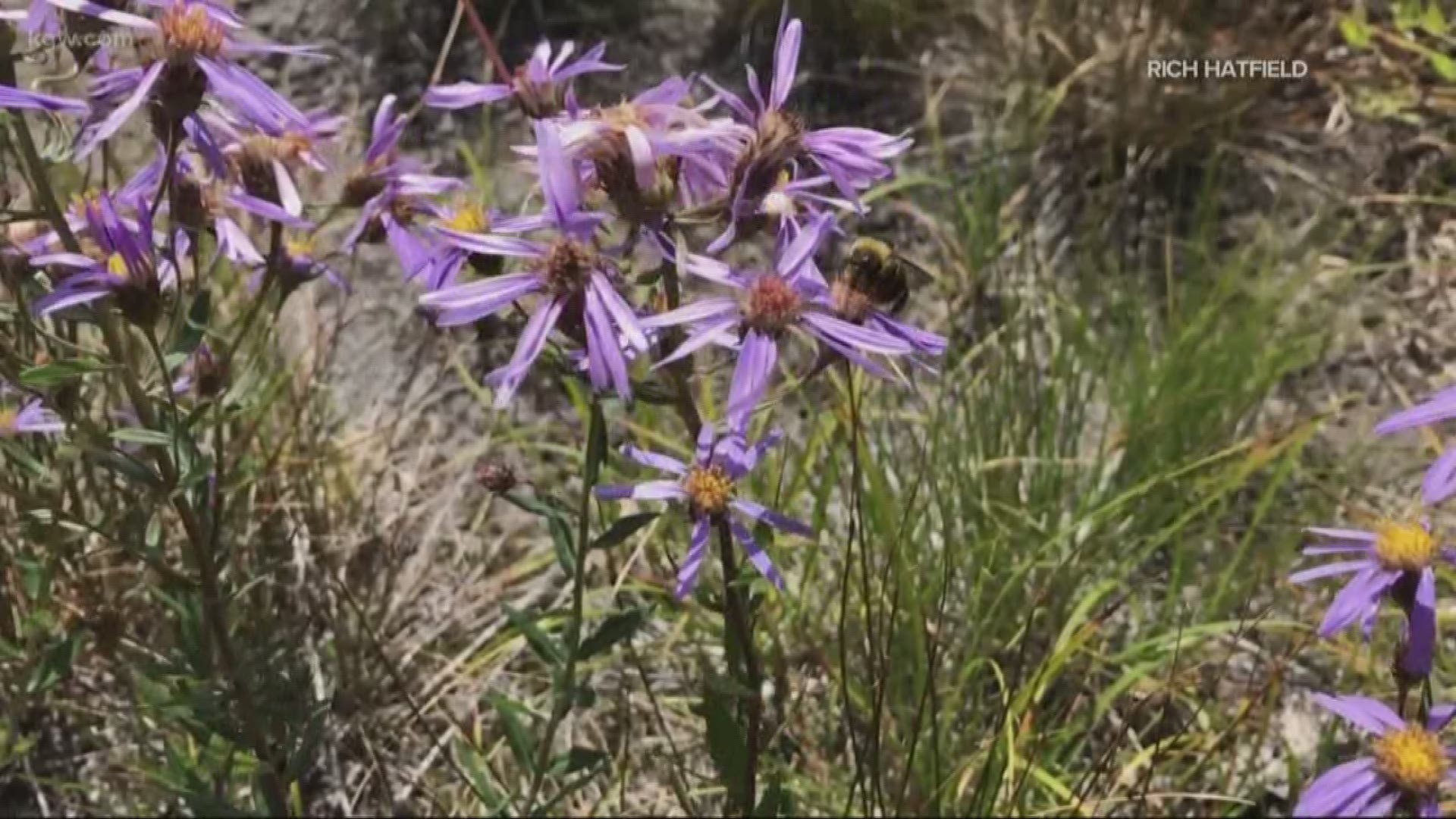 The focus this time is on bumblebees. And the cause of their downfall: a warming climate.

The newly published study  in the journal Science, found bumblebees might be in more trouble than researchers had previously thought.

The study by three scientists, two from the University of Ottawa and one from University College London, found the number of areas in North America populated by bumblebees has dropped nearly 50 percent since the turn of last century.

And they claim the plummet is the result of extreme heat events.

Conservation biologist Rich Hatfield was not involved in that particular study but is part of a team studying bumblebee decline here in the Pacific Northwest.

His research found, in just the last few years, the Western Bumblebee, which used to be found in almost every backyard in our area, has all but disappeared.

"It is pretty much absent from the Willamette Valley," Hatfield said. "We don't have any records in the recent study west of the Cascades, so it's pretty much disappeared from areas we though it likely was, but all of our research has shown that indeed it is gone."

While the spotlight is often on honeybees, bumblebees are critical when it comes to crops like tomatoes and blueberries which depend on their pollination.

There are a several groups of citizen scientists tracking bee populations in our areas. They are always looking for help.

Another easy way to help is to plant native plants in your yard that attract bumblebees.

"We can create habitat and really create a 'build it and they will come' scenario," said Hatfield. "And try to help protect and provide refuge for these animals that need it."

RELATED: Last winter saw more honeybees die off than ever before, survey reveals